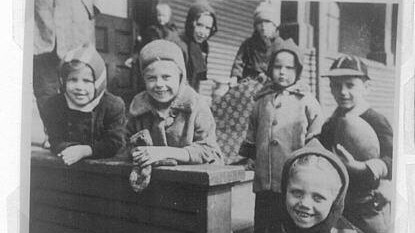 Grace E. Pattison, Matron of Fairlawn Mansion, was a co-founder of the Children’s Home and Refuge Association (SCHRA). She turned Fairlawn into a place of refuge when she moved to California in 1920. On October 13, 1920, the Children’s Home officially opened its doors at Fairlawn Mansion for children and pregnant women. We are celebrating 100 years of the Children’s Home virtually. Join us all week long via Facebook to learn about the formation of the Association, how Fairlawn became a children’s home, and captivating stories about those who lived here. On Tuesday, October 13, watch a Facebook Live event showing the 3rd floor exhibits at 12 p.m. We will also be hosting an online fundraiser to support exhibit upgrades. Facebook: Superior Public Museums: Fairlawn, SS Meteor, Firehouse & Police Museum.