Parr excellence, and then a fiasco 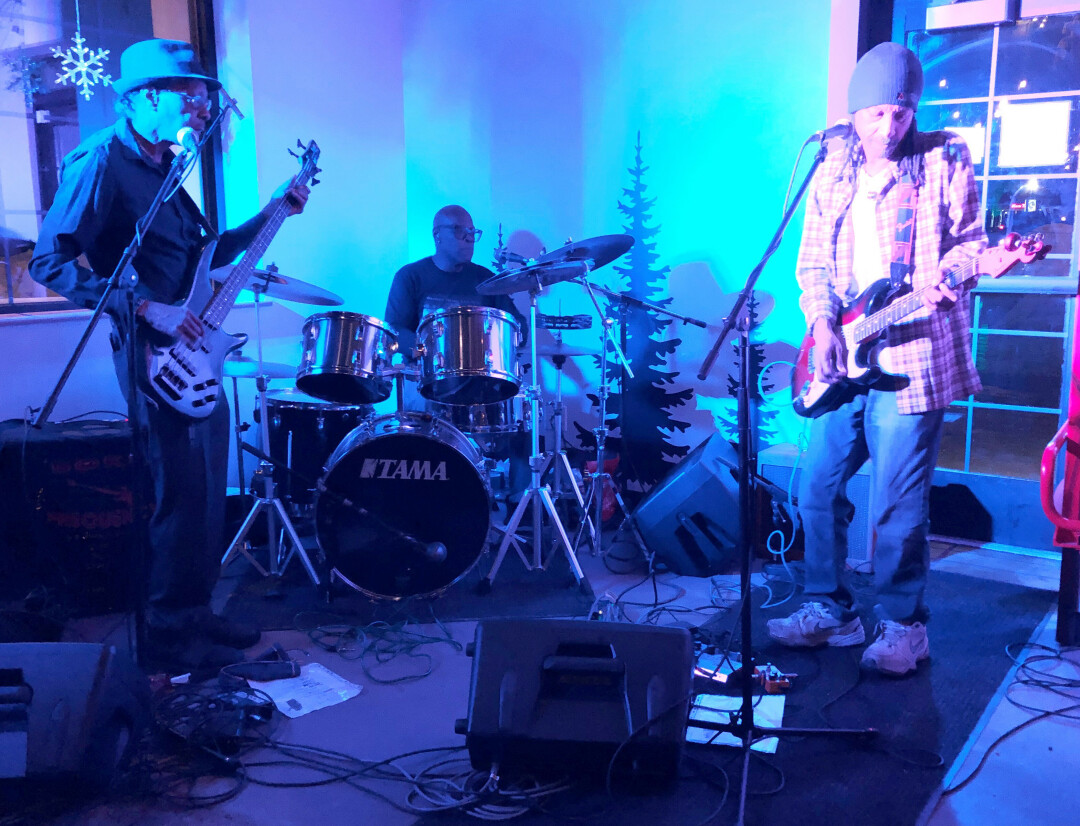 This past week has been another with excellent music options and I was able to partake in a few, thanks to the advent of Homegrown’s Winter Fiasco on Friday the 13th of January.

But before that I got to hear Charlie Parr at the Cedar Lounge in Superior where he was midway through his Wednesday evening residency there.

Parr is a renowned performer who has toured the world and is especially cherished here in Duluth, so it wasn’t surprising to see all the folks who crowded in to see him in this second show on Jan. 11. (The bar was rearranged to allow the maximum occupancy by limiting the seating.)

I have had the pleasure of seeing Charlie perform only a couple of times before, most recently back in June at Earth Rider festival grounds when he was accompanied by Chris Gray on drums. I missed the first of his current shows the previous week due to winter weather thus, in anticipation of this show, my partner and I arrived early to ensure we got a close-up seat at the bar.

What was a surprise was an opening act by Charlie’s friend, Todd Albright from Detroit, Mich. They are touring parts of the Midwest together between the Wednesday-evening Cedar sessions – Dubuque, Iowa, St. Paul and Winona, Minn.

Albright shares much of the same gritty country roots sound that Parr has developed in his compositions. It wasn’t clear if his song selection was comprised of traditional tunes or originals or a mix, but his picking on a 12-string guitar was first-rate, commanding the stage despite audio competition from the bar.

From that alone it was easy to understand the bond he has with Parr. This portion of the evening extended past the 7 o’clock starting time for Charlie, but that was just fine.

When Parr finally took the stage with his Mule resonator guitar at about 7:20 he was accompanied by his (adoptive) brother, Dave Hundrieser on the blues harp.

What a sweet melding of sounds, with Charlie playing several of his well-known original compositions and others I hadn’t heard previously. Did I write any of the song titles down? Nope, I was too busy dancing to their high energy output. I wasn’t the only one either, despite standing-room-only throughout most of the evening, folks were bouncing and grooving to the sympatico sounds of these siblings, well beyond the usual 9 pm stopping time.

It will be interesting to see who might be joining Parr on stage in the next couple Wednesdays – the last opportunity to see him for a while around these parts will be on Jan. 25.

The next day I realized I hadn’t seen any CDs by Parr available for sale that evening and I hadn’t picked one up this past summer at his Earth Rider show either. Interesting, as almost every other artist’s concert or show I’ve been to have had them. (CDs or vinyl are my preferred way of listening to favorite artists; tuning into music on my computer or phone using Spotify or Bandcamp just hasn’t worked for me.)

So I went online to find what might be available and found a slew of CDs Parr has released in the past two decades, most, according to a Guitar World interview, he “can’t stand,” as well as some wonderful YouTube recordings (“Dog” is fabulous).

I’m sure my assessment of his output will be far more positive than Charlie’s own.

Having been thoroughly satisfied by that musical excursion, I made sure to experience my first Winter Fiasco put on by the Homegrown peeps. Last May was the first Homegrown I attended and was thrilled by ot, so my expectations were pretty high.

On just this one night there were so many choices (16 performances within 4 hours!), it was difficult to decide what I should take in. All the venues for this event were Lincoln Park establishments, which made it easier to take in multiple shows on this Friday the 13th.

Normally I would try to hear bands and/or solo performers I haven’t had a chance to see before but this time I chose a couple of my favorites.

However, I was able to get glimpses of at least two during this outing. My party and I caught the last couple songs by Slope City at Ursa Minor before Hannah Rey began her set there at 8 pm. They sounded pretty good but I didn’t hear enough to really comment about them. I will have to check out that duo more fully another time.

Hannah Rey is someone I have now seen on numerous occasions both as a solo act and with her band, South of Superior. She has a solid singing voice I enjoy and her original songs are generally well crafted, albeit somewhat confessional.

Unfortunately, Ursa Minor is not an adequate venue for a solo performance like Rey’s. The sound was lousy and the noise from the bar made understanding her lyrics difficult. One hopes that a more suitable space can be found for solo acts like hers, whether during Homegrown or any other time.

The next stop was Wild State Cider, where I was eager to hear once again a favorite band, Boku Frequency. When our party arrived, the band Baby Eyes was on the last of its playlist. Here again, I’ve heard the band on a couple of occasions but haven’t been unduly impressed.

However, this evening they sounded pretty tight and much more on key than previously. The members of the group appear to have shifted, though Heidi Feroe remains the lead singer. I will need to keep tabs on the group as they refine their repertoire.

And then there was funk. Gee, hearing Boku Frequency made the evening complete. The trio, with Terry Gums on a wailing electric guitar and vocals, Elliot Harris driving the drums and Thomas Harris (no relation to Elliot) providing bass riffs so essential to funk, plus lead vocals on a couple tunes, simply can’t be beat. I wouldn’t have missed this gig for all the world.

And to think this sound is to be had right here in our own Zenith City. The indoor venue at Wild State is better than some, though the performers are relegated to a corner of the main floor, without a proper stage. What was most gratifying was seeing quite a few younger people obviously into Boku Frequency and the funk that propels its sound.

To cram a bit more into this full evening of fun music, we headed over to Bent Paddle to take a first look at the band Venus DeMars & All the Pretty Horses. And look we did, for this was one of those risqué groups that one normally has to go out of one’s way to see (like at the Main Club in Superior).

The band produced a rowdy, rockin’ sound to the fullest house I’ve ever seen here. The relatively new stage set-up proved to be a good arrangement on this evening, with the die-hard fans crowding up close to the stage while those wishing to hear more than see were able to do just that from virtually everywhere else in the place – including the restrooms.

The only downside to the new arrangement is that folks were backed up to the entryway making it somewhat difficult to get into the place. Not sure if I will follow this band in the future.

Many kudos to the Homegrown folks who produced this fun evening, as well as to all the sponsors that provided the support needed for such events.

The rest of the winter promises to have lots more great music opportunities, both for the artists looking to show off their stuff and for us aficionados of live music.

One that I unfortunately will miss is the newly formed Side String Band playing at Carmody Irish Pub on Thursday, Jan. 26. I mentioned the group in my column a couple of weeks ago after they played at Bent Paddle. If you like bluegrass music and want to hear some of Harrison Olk’s excellent banjo playing, you’ll want to check them out.

Another show, for which I already have tickets is the Tribute to the Music of Buddy Holly and the late '50s – a benefit for the Duluth Armory Arts and Music Center. On Sunday, Jan. 29, Todd Eckart and his band will transport us back to the 1950s and the legendary show with Buddy Holly, the Big Bopper and Ritchie Valens that our native son Bob Dylan witnessed.

It will take place at Clyde Iron Works, 2920 W. Michigan St. Tickets are on sale now via the Armory’s website, dulutharmory.org. It should be a danceaholic’s dream.

Also save the date for a tribute to the late Zach Ross, the Crescent Moon drummer who died tragically last July. The event is scheduled for Saturday, Feb. 11, at Sacred Heart Music Center beginning at 3 pm.

It should be a heartrending and heartwarming show put on by the many folks who played with him and knew him well. Check out further info about this on Facebook.