The truth about veterans 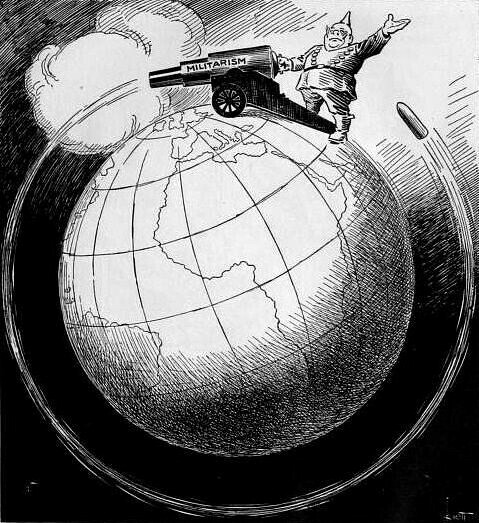 This article is a reprinting of “Speaking From Experience About Veterans” from November 2018.

“We cannot solve our problems with the same thinking we used when we created them.” Albert Einstein
We need new thinking – new stories – a new, more truthful narrative about veterans if we are to solve the problem of militarism and endless war.
Readers of my articles know I am critical of the role of the military in our society. I feel a responsibility to speak out because of my 20 years of military service.
I speak out against the excessive military budgets, militarized foreign policy, and our numerous unnecessary wars.
I reject the common narrative that veterans are “heroes” who have “sacrificed” for our “freedom.” I don’t hate America nor do I denigrate those who have served in the military. But the jingoistic, flag-waving, hero worship of veterans we are fed on patriotic holidays, like Veterans Day, simply does not fit with my military experiences.

There are many popular misconceptions about military service and veterans. These misconceptions are harmful. They lead to bad public policy, national debt and waste of our resources.
They allow manipulation of the public to support broad based militarism in our country. These misconceptions make future wars possible. As long as these
misconceptions go unchallenged we will continue to waste most of our national treasury, and the lives of too many people, on war.
One false belief is that veterans are somehow special. Military service is portrayed as selfless sacrifice for the good of others. Our military personnel represent the “best of America.” They have risked their lives so that the rest of us could have “freedom” and the American Dream.
But our service members are not special. The people I knew and worked with were just ordinary people with all the good, bad and ugly behavior common to all of us.
Those who serve in the military reflect a cross section of our society, although many come from poorer, disadvantaged areas or minority groups. You don’t find many upper class, rich kids joining the military.
Military personnel have the same motivations, character strengths, flaws and foibles as any group of civilians. Some are competent, dedicated, public servants. Some are lazy, dishonest and incompetent. Some are smart and some are dumb.
Many are in the military reluctantly, hate it, and do the bare minimum to get by. A few are “lifers” and love it.
There are many reasons why people join the military. For some it is the educational benefits. Some just need a job with benefits.
That was my situation. Twice I was an “economic draftee.” A steady job, job training, educational benefits, retirement benefits or a ticket out of Podunk, USA are common motivating

factors. For many the all-volunteer military offers better pay and benefits than they can achieve in civilian life.
Given better civilian opportunities many would never have joined the military. Patriotism and service to country are not major factors.
Considering the military personnel as special is misleading because it overemphasizes the “sacrifice” of most service members. Most do not serve in combat occupations, in combat or combat zones.
Most military personnel work in non-combat support jobs. They go to work at the office, warehouse, motor pool, medical clinic or dining facility much like civilian employees.
Granted military service members have other military training duties. They can also be deployed to combat zones. But for many veterans the only time they were in “harm’s way” was driving to work in rush hour traffic.
The notion that military service members somehow represent the “best of America” is absurd on its face.
Military bases have always been magnets for prostitution, drugs and alcohol. Sleazy bars known for vice and fighting are common off-post business establishments. This is why the military runs its own on-base bars and recreation centers in an attempt to limit the trouble created by the troops in town.

Divorce and spousal abuse are more common in military personnel than the public. Racism and sexism are prevalent, despite official equal opportunity polices. The military does mandatory annual briefings on sexual harassment, race relations and domestic abuse because all these are common problems with military personnel.

In recent years military personnel have been in the news for cheating on training exams. In my experience all government property had to be signed for, accounted for and locked up or it would “walk.”
Then there are the big scandals about sexual harassment, rape, torture and killing of civilians. The reality is our troops reflect our troubled society with an additional big dose of youthful, testosterone-fueled, bad judgment.
Then there is the false narrative that we owe our freedom to veterans and to the wars supposedly fought to defend our freedoms. But the historical record doesn’t support this view.
Most of our many wars had nothing to do with protecting freedom, civil liberties or the country. Most of our wars have been about expanding territory, securing commercial advantage or opposing other ideologies that were of no real threat to us.
Political and social activists are the real advocates and defenders of our bill-of-rights freedoms. Freedom, equal justice and political rights have been fought for in the courts, legislatures and streets. It is the abolitionists, suffragettes, civil rights activists, labor organizers, peace marchers and social justice workers who have struggled to make “freedom” a reality in America.

Military service members are public, government employees. We should appreciate and reward their service. But we should also appreciate the work of all our public servants. They all deserve respect for the often difficult jobs they perform.
It is unfortunate that we make military pubic employees into heroes while denigrating other government employees and teachers as lazy, overpaid, and under worked.
We have been lied to by the recruiters, politicians and war profiteers. The real purpose of glorifying veterans as heroes is to maintain recruiting goals and to keep the money flowing to the defense industries.
We only deceive ourselves when we buy into, and repeat, the false narratives about veterans.
We can appropriately honor military service without promoting and glorifying war. Militarism is the problem not military service.
To solve the problem of militarism we need new, more accurate thinking about veterans. We can all begin by rejecting the simplistic propaganda of Veterans’ Day celebrations.