Money in college football? You bet! 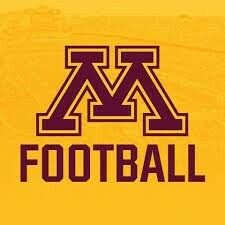 PALISADE – For the most part, it has been an average fall weekend. I got to watch some college football, horse racing and some major league baseball, and just this evening I took in the Sunday Night Football tilt between the Green Bay Packers and Chicago Bears.

I usually start my day with an intensive reading routine. It centers around sports and politics, but I have many varied interests. Somedays I’ll be done with that in two hours, and some days it may take four to five hours, depending on what is going on in the world or if my schedule is pressing me for other matters.

While waiting for the Minnesota Gophers football game to begin, I had the Minnesota Twins vs. CLE Guardians game on. As noted previously on these pages, the Twins are toast as far as a playoff spot goes. I had the game on for some background “ambiance.”

It was at this time I came across an article about a U of Texas football recruiting trip where the tab for the weekend came to a whopping $280K!

The U of T was all in on nationally prized recruit and football royalty family member Arch Manning. This recruit is the grandson of former NFL QB Archie Manning and is the nephew of Peyton and Eli, both Super Bowl Champions.

Before I go any further though, let me break down the weekend for you; the institution did not spend that entire amount on the young Manning and his chaperones alone. This weekend served as the “Official” recruiting visit for nine recruits, with each allowed to bring four family members with them.
Having spent two-plus decades in or around the hospitality industry, I know what events of this nature can cost. Make no mistake; they are profitable for the facilities and vendors hired to pull them off – the more spectacular, the higher the cost.

If you break the expenditure down to its lowest common denominator, the trip cost the school about $6,222 per guest. For a 48-hour trip, that is Cadillac-style, baby. It sure isn’t like staying at a Super 8 and consuming all your meals at the local White Castle.

If it interests you, you may Google multiple articles that outline the expenditures and lavish treatment put forth upon these teenage athletes. I won’t rehash them for you, but I will state that the majority of the working class will never see a trip like this in their entire lifetimes.

To be fair, the majority of the working class does not possess the athletic skills and talent necessary to be in line for a situation like this anyway. Schools like Texas don’t throw darts at a board and hope one of them hits on a kid with an arm like Hercules and a brain like Aristotle.

Nope. The young Manning is considered by most college football experts to be the best of the best in this year’s class. I am also sure that he has put in the work to build and enhance his talent.
Let’s be clear, though. At the end of the day, it’s all about the money. If the young Arch brings some newfound gridiron glory to the U of T program, the dollars will flow to their athletic department coffers like the current at Gooseberry Falls during snowmelt.

With all of the do-re-mi spent on the recruits’ weekend, I momentarily thought about the old debate of whether collegiate athletes should get paid in some fashion.

My old opinion was that they are already being compensated in the form of an expensive education. And if the student-athlete played his or her cards right, they could parlay that into a nice living that would last longer than any athletic career ever would. Ninety-some percent of college athletes will never turn pro in the sport they played at college. That’s the data.

The “other” data says that all collegiate sports combined were worth $18.9 billion in total revenues in 2019 (Statista). That is a big chunk of change and has made me reconsider the entire issue of athletes receiving compensation.

On the surface, you would believe the money is there to do so. On the other hand, with football and basketball leading the way in terms of revenue from all sources, the school athletic departments need that to support other sports that do not create much revenue, if any at all.

Is the money there to do this? Is it the right thing to do? I don’t have those answers at my fingertips, but I’m more than open to some new thinking and debate on the topic.

Oh, say Arch, could you pass the Caviar, please?

THE TWINS have been relegated to playing out their season at this point. And I have an error to correct – while watching the schedule and standings to keep an eye on the remainder of the season, I inadvertently missed a game on the schedule.

I was under the impression the team had lost a game to a postponement situation that would not get made up before the season’s end. That isn’t the case. They are 73-73 and have 16 tilts to go for an even 162.

It will matter not. The club is six games out of first place in the Central and 7.5 games out of the Wild Card chase. CLE will get in, but if teams got in based upon W-L records, they’d get the final WC position. They could get lucky, but I am not expecting much from them in the playoffs.

I look forward to them, and right now, I’m feeling a LA Dodger-Houston Astros World Series in the air. The Twins have a lot of work to do.

AS EXPECTED, the Gophers FB team punished Colorado University in their contest last Saturday by a 49-7 margin. The team is 3-0 heading into their first road trip of the season to East Lansing to face the Spartans of Michigan State.

They have finally cracked the Sagarin Ranking top 25 at 22nd. MSU, on the other hand, went out to the University of Washington for a Saturday night tilt against the Huskies and didn’t fare well (28-39L). They were down 39-14 into the 4th quarter before a couple of late scores made it look better than the spanking they got.

I viewed this tilt from the standpoint of how I thought the Gophers would do against them. I won’t make a pick, but let’s say that my confidence in the Gophs is growing. The run game is in the top five in the country. The passing game doesn’t grade out like that, but it can be effective.
I like the Gopher’s chances against Sparty.

TOMORROW EVE, the VIKES will face the Philadelphia Eagles in Philly. As I was apprehensive about the Packer game, I am on this one too. I need to work on my prognosticating confidence!

The Eagles were 9-8 last year and lost their WC playoff game. Analysts believe they are an improved team this year. But I think the Vikes are, too. The dismissal of former Coach Zimmer seems to have allowed this team to breathe again.

I can’t wait to see how this game goes! PEACE