Trump’s crime spree, with thanks to Sean Hannity 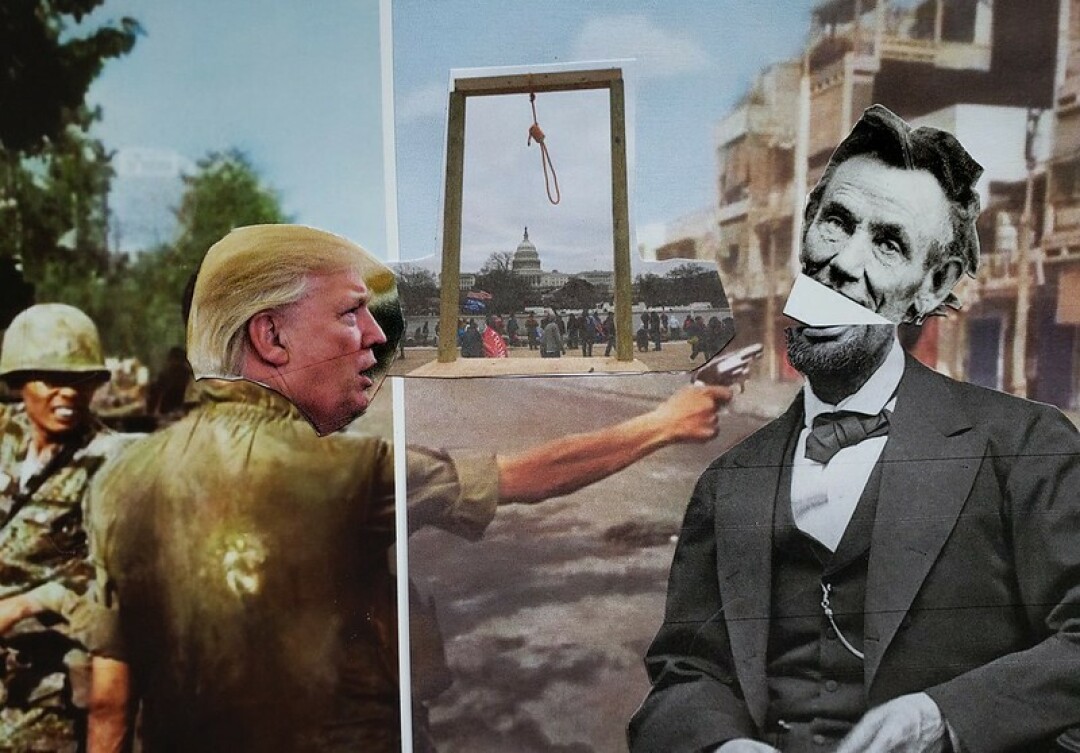 Sean Hannity recently shared a list of Trump investigations with his Fox audience to prove how excessive they are. And yet, House Republicans spent two years investigating three deaths in Libya’s Civil War to weaken a potential Presidential campaign by Secretary of State Hillary Clinton. Compare:
• Russia collusion investigation. This includes both criminal probes and congressional inquiries of the 2016 Trump campaign contacts with Russian intelligence.

• “Crossfire Hurricane” investigation. FBI code name for an investigation into Russian interference and efforts to obstruct the Mueller probe by Attorney General William P. Barr, who with a change of heart has ridiculed Trump’s efforts to subvert the 2020 election.

• Ways and Means tax investigation. In a break with decades of precedent the President did not open his taxes to public review to reveal potential conflicts of interest. In 2019, the Ways and Means Committee subpoenaed the documents but their request was denied by the courts. Last month, Courts granted the request.

• Trump hotel lease investigation. When the Trump Organization turned the old D.C. post office into a hotel, the lease forbade federal officials from being party to the agreement. Then Trump became President. The General Services Administration approved the lease in 2017. An internal watchdog decried the decision.

• Fulton County, Ga., 2020 election investigation. The district attorney is investigating whether Trump violated the law by pressuring state officials to overturn the certified 2020 vote in the state.

• NAACP Michigan Voting Rights Act investigation. This is a lawsuit filed by the NAACP against Trump allies for attempting to subvert the 2020 election results in Michigan.

• Mar-a-Lago search. A federal probe into the unauthorized retention of government documents, including ones marked top secret.

• Jan. 6 committee investigation. A House select committee is investigating the riot at the U.S. Capitol on Jan. 6, 2021, and Trump’s months-long effort to retain power despite losing the election.

• C. attorney general investigation into Jan. 6. A lawsuit was filed in December although it doesn’t target Trump!

• Jan. 6 impeachment investigation. A week after the riot, Trump was impeached by the House for stoking the day’s violence. He was acquitted by the Senate after the failure to achieve the two-thirds vote for conviction. Nevertheless, seven members of Trump’s party voted to convict.

• Hush money payments investigation. Trump paid two women to keep quiet about their alleged sexual encounters with him. For anyone else, this would have ended their political career.

• Trump’s net worth investigated in House. The Washington Post reported in early 2019 that Trump had inflated the value of his properties to lenders for years. House Democrats are investigating whether this is bank fraud.

• Use of private email by Jared and Ivanka. After excoriating Sec. Of State Hillary Clinton’s use of a private email server it was discovered that Trump’s own family used private email after joining his administration. This began as a White House investigation. Democrats joined in later.

• Possible money laundering investigation. In May, the Federal Election Commission deadlocked on the question of whether Trump’s 2020 reelection concealed hundreds of millions of dollars in spending. The FEC is made up of three Democratic and three Republican appointees. A tie vote blocked the investigation.

• Inflated insurance claims investigation. Last October, Rolling Stone reported that investigators were looking at whether a Trump property had overstated storm damage more than a decade ago.
Before Donald Trump became President, Trump was involved in something like 5,000 lawsuits. He is not a man you would wisely do business on a gentleman’s handshake.

Welty runs his mouth of at lincolndemocrat.com