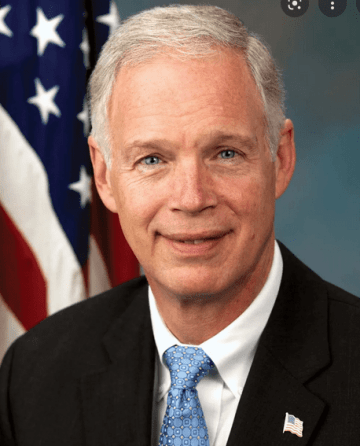 “The real threat to the [Social Security] program is the veiled hostility of Republicans in Congress.” Social Security Works website.

I often write about how Republican policies hurt people. The practical results of their political philosophy, economic beliefs, budget priorities and stonewalling of needed legislation is that people get hurt. What they plan to do with Social Security is an example.

Wisconsin Sen. Ron Johnson is leading the attack on Social Security. In the past he called Social Security – the 87-year-old, popular, successful insurance program that protects all of us from financial uncertainty – a “ponzi scheme.”

Ironically he advocates investing Social Security in the stock markets which are legendary for ponzi schemes, fraudulent practices, insider trading, high fees and other practices that rip off many people trying to save for retirement.

He apparently has no sense of irony (or shame).

Johnson has also supported Sen. Rick Scott’s (R-Fla.) plan to “sunset” all federal programs – including Social Security and Medicare – every five years unless Congress explicitly votes to reauthorize them.
This ludicrous proposal would create chaos for essential government activities. This “drowning-government-in-the-bathtub” ideology is unworkable in addition to being stupid. But it is consistent with decades of Republican anti-government demagoguery.

Republican sunset laws are also disingenuous. Do you really believe Republicans would sunset military spending, immigration enforcement, corporate welfare or tax breaks for the wealthy? Of course not.
Only the spending and programs good for ordinary people, the environment or social justice would be eliminated.

Johnson’s latest bad idea is to make Social Security payments subject to annual approval by Congress. He wants to move Social Security (and Medicare) from the mandatory federal budget into the discretionary budget.

This will do nothing to address Social Security’s real financial problems caused by more people getting older. But it will create serious problems for the administration of the program and for people receiving benefits.

The mandatory budget is for obligations that must be paid, repetitive expenditures, and programs where payments are based on eligibility and not the amount of dollars authorized by Congress. This includes spending on the interest on the national debt, military and federal employee retirements, food stamps and unemployment compensation.

Social Security and Medicare are the biggest mandatory spending programs.

The discretionary budget includes all the spending that Congress approves each year. It is the “budget” that Congress wrangles over and often does not get passed on time. Examples of discretionary spending include the operations of federal agencies, education, infrastructure, transportation, military procurement, research, federal courts and law enforcement.

With discretionary funding the program or activity stops when the money runs out.

Retirement programs, whether individual savings, company pensions or public programs like Social Security, require long term commitment and investment. They require prudent, consistent administration over decades. They cannot be effectively managed or funded with annual disruptions.
Recipients depend on these monthly incomes and these payments should not be subject to the whims of politicians or politically motivated budget battles. Authorizing Social Security payments using the annual, political budget process is lunacy.

How many times in recent years has the government shut down because the politicians couldn’t do their job and agree on the annual budget?

If you were retired or disabled would you want your monthly income subject to this Washington political circus? Would you want your income to stop because some grandstanding jerk like Johnson can’t do his job? But this is what Johnson is proposing and 69.8 million people receiving Social Security benefits would suffer the consequences.

People should remember that Social Security is an earned benefit that people contribute to over their entire working lives. It is an insurance program into which they have paid premiums and therefore are “entitled” to receive benefits. It is not a handout, welfare or socialism.

Social Security is our nation’s largest children’s program. The children of workers contributing to Social Security are insured for the death, disability or old age of their parent. In 2022 more than 10 million children less than age 18 received support directly or indirectly from Social Security.

So when Johnson talks about cutting “entitlements” he is actually taking food out of the mouths of children. Like I said, Republican polices hurt real people.

One third of Wisconsin households (and 75% of low-income households) will be entirely dependent on Social Security for retirement income. These people have no company pensions, 401Ks, or significant savings. They are not living in the millionaire bubble that Ron Johnson inhabits.

Contrary to what critics like Johnson claim, Social Security is not going bankrupt and does not contribute to the federal budget deficit. The Social Security trust fund currently has a $2.85 trillion surplus.
Even with no action by Congress to fix its financial problems, Social Security can pay 100% of its obligations through 2035. It is 90% funded for the next 25 years.

Social Security does have financial problems. These could be fixed by Congress but legislators like Johnson have fought all efforts to do what is needed. They prefer to pontificate rather than legislate solutions.

Social Security is a popular program. In the past any politician threatening to cut people’s benefits faced strong opposition.

But Johnson and Mandela Barnes, the Democratic candidate, are neck-and-neck in the polls. Why? As I suggested last week, too many Wisconsin turkeys are voting for Thanksgiving and against their own best interests.