Bird (brains) of a feather 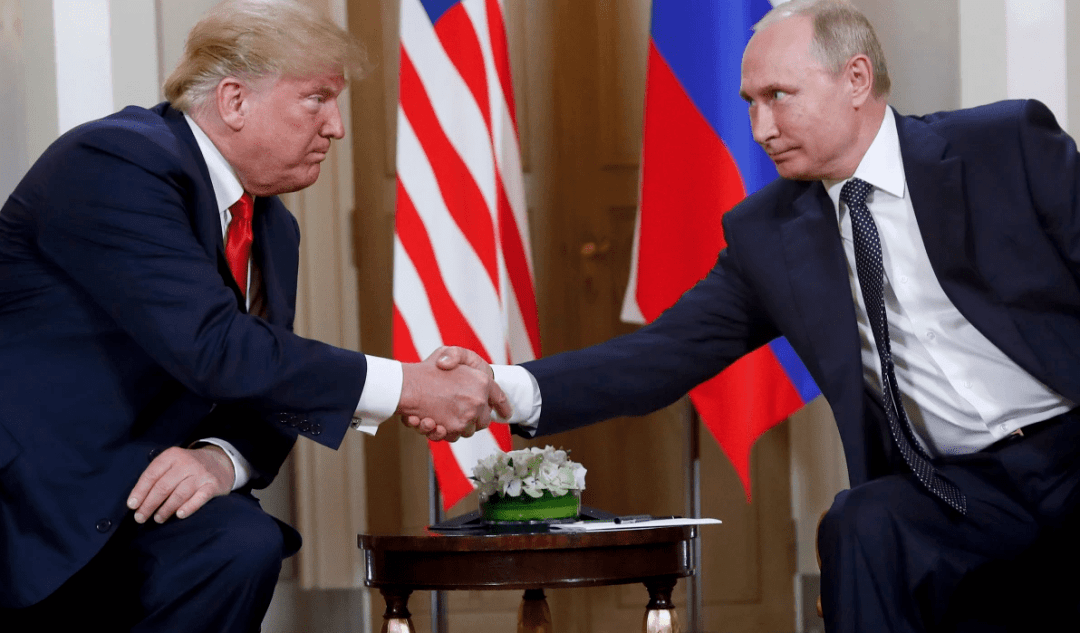 There is no better proof of Donald Trump’s cluelessness than his high regard for Vladimir Putin. When Putin’s dictatorship invaded the Democratic Ukraine Trump was quick to describe his friend Putin’s invasion as “genius” and “savvy.”

Trump, has never suffered any Marine Corps like Semper Fi even for American democracy. When he campaigned for President he begged Russia to help him locate Hillary Clinton’s “lost emails.” Russia was glad to oblige. It’s not surprising Trump would shed no tears for the democratic Ukraine and root for the Ruskies.

Savvy genius Putin’s role model is Joe Stalin, who murdered 20 million Russians. Murder was one of the few things Uncle Joe excelled at. He lost a war to Finland and almost allowed Hitler to conquer the Soviet Union because he’d purged the Russian army of its officers. Lucky for Joe the NKVD agents who had tortured and killed the officer corps were happy to shoot Russian soldiers who ran from the blitzkrieging Germans. That slowed the Germans down.

But while Putin killed Russia’s young democracy killing his own soldiers is a luxury that Putin does not enjoy in the Ukraine.

In trying to rebuild the Soviet Union Putin has killed his free press but he wanted cheerleaders on the ground to brag up Russian advances. These cheerleaders are among his most loyal supporters. He trusted them to report back his victories on a site called Telegram. They did so with breathless enthusiasm. But now instead of victories they have something grimmer to report. As I write this the Ukrainian army is pushing disheartened invaders back to Mother Russia. The cheerleaders who were tucked into the army to trumpet its successes are now reporting back Russian ineptitude.

Stalin was fortunate that his enemy, Hitler, was another megalomaniac with all the answers. Failing to learn from Napoleon, Hitler sent his Wehrmacht into Russia without boots or winter coats. Birds of a feather, Trump and Putin don’t like to be questioned either.

The real geniuses of Putin’s war have turned out to be the Ukrainian people. Like American voters in 2016 Ukrainians elected a television star to be their president in 2019. But the comparisons between Trump and Volodymyr Zelenskyy don’t go very far.

Trump play acted the part of a corporate titan imperiously threatening to fire nincompoops like Gary Busey and Amarosa Manigault Newman. Zelenskyy, a comedian, played the part of a teacher whose students secretly record him lambasting the corrupt bastards who run the nation. When they post the video online their teacher is capitulated into a Presidential campaign and is elected President.

The series was so popular in the Ukraine that Ukrainian television viewers made the series come true. They elected the actor, Zelenskyy, to be the Ukraine’s President and clean up its politics. The show, Servant of the People is on Netflix. I’m three episodes in.

From Zelenskyy’s election on both TV billionaire Trump and Stalin wannabe Putin did their best to make Zelenskyy’s life miserable. They have both paid a price for it. Trump was impeached, but not removed, for dragging Zelenskyy into his swamp. Putin invaded the Ukraine.

Historians will have a field day writing about the two titanic egos who hated the democracies they couldn’t control.

The Ukraine invasion was supposed to be finished in 15 days. It has been a triumph of destruction and death but there’s very little savvy or genius to be seen.

Putin’s army has been as incompetent as Stalin’s. The sanctions imposed by pro-Ukrainians on Russia’s economy will take decades to recover from.

Now in addition to putting an end to Democracy in Russia, Putin’s war has prompted a massive brain drain. Millions of Russia’s best and brightest are escaping the bare-chested Putin cult. Its one great industry, oil, will be badly damaged as other nations find alternative energy sources after the war is over.

The great tragedy of the war is not just the death and destruction it has brought about. Its that it is a terrible distraction at the wrong time when the world is at a “tipping point.” If you have missed this term I’d suggest you Google it and add “ecological.”

End time heat waves have dried up Chinese and European rivers and the mighty Colorado in our west. AC-deficient Pakistan suffered both an almost unthinkable 123 degree day this summer, as well as a flood of Biblical proportions creating a lake the size of the state of Colorado.

While Putin stirred up a new storm he has been sitting on a Russian tipping point. Thousands of square miles of melting permafrost are pouring methane into the atmosphere. Methane is 25 times more potent at trapping heat than CO2.

But never mind all that, Trump’s relationship with Putin has made Trump’s American supporters sympathetic to Russia.

Tucker Carlson on Fox News put his stamp on the invasion early by saying, “I don’t really care” what Putin does in the Ukraine. Presumably that included not caring about the rape and murder of innocent civilians.

Welty runs his mouth off at Lincolndemocrat.com