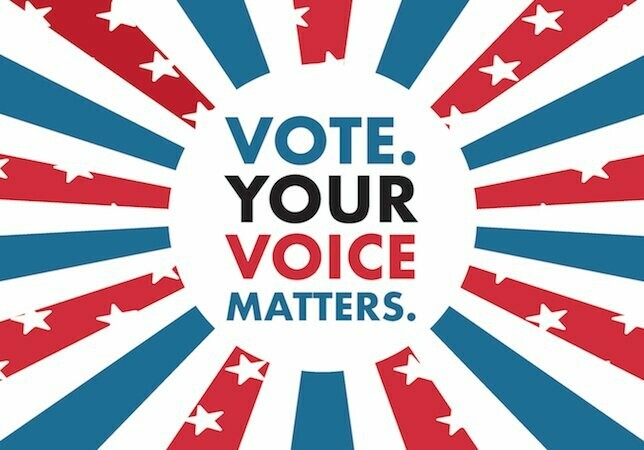 It is easy to complain about politics. It is easy to take the apathetic road and believe the politicians are all bought, your vote doesn’t count, money talks, and there is nothing you can do to change the world.

You may think politics is dirty and you don’t want to get involved. But politics is the way we organize and run our society. Whether you like it or not, politics will happen to you whether you are involved or not.

There is a saying, “If you are not at the table you may be on the menu.” So we all need to to participate in some way – voting, learning about issues, supporting candidates, donating, volunteering or expressing your opinions.

You don’t have to be political junkie, but neither should anyone ignore politics. Democracy requires participation. All of us need to get beyond the partisan sound bites and look at what is really important for people and our local communities.

Now more than ever ordinary citizens getting involved is critical not only to their own well being but to the survival of democracy in our country.

There are many ways to participate. One of the best things everyone can do is simply talk to other people.

We should not be ashamed to discuss public issues in polite company. Don’t be afraid to let your friends, neighbors, relatives and co-workers know what you think and what is important to you. You need to be polite, respectful of others and do this at appropriate times and places. But there is no reason be silent.

Opinions are important in a democracy. We need people to have opinions and to express those opinions to their elected officials.

It should be obvious that public policy needs to be guided by the best available information. Policy that ignores documented knowledge (generally known as “facts”) can only lead to disaster for the economy and future of our country. But increasingly, established science, research and even rational thought are being replaced by “alternative facts.” Campaign bluster, unsubstantiated opinion, blind ideology and medieval religious dogma are guiding too many public policy decisions.

The current anti-evidence Republicans in Washington and Madison do not understand this. Or, they do not want to understand because facts get in the way of their ideological agendas. They persist in making up their own reality. The list of examples is lengthy.

• A growing movement to undermine democracy by giving partisan players control over elections and the certifying of election results.

• Fear mongering about crime despite years of evidence that violent crime is declining in most cities.

• False claims that illegal immigrants are criminals despite evidence that immigrants, legal and illegal, are no more likely to commit crime than anyone else.

• Immigrants are enemy number one despite all the evidence that they are important to our economy.

• Irrational opposition to renewable energy and misguided support nuclear power. New nuclear power plants are not being built because they are not economically viable. Private insurance companies won’t insure the risk and the federal government props up the industry by assuming this risk.

• They insist on gutting government “regulation.” But centuries of historical experience demonstrate that government oversight of business and industry is essential to the economy and public well being.

Then there is climate change. Republicans believe it is a hoax despite all the well documented scientific evidence from all over the world. This not only denies the science but is simply poor risk management.

There is no downside to acting to reduce carbon emissions. There is no problem with conserving energy, developing green technologies, and saving fossil fuels for uses more important than driving to the mall.

There are many downsides to continuing our current excessive consumption. Rational policy would embrace green technologies rather than clinging to old fossil fuel technologies.

Reasonable people can reach different conclusions from the same set of facts. But what is occurring in our country is the wholesale disregard for facts by half the country.

This is a recipe for disaster. Everyone must be informed and not just opinionated.

There is little doubt that the quality of life is declining in Wisconsin, and across the nation, because promoting the common good has been replaced by profit and private interest for the few. This situation will continue and intensify unless more people participate in the political process.

Edmund Burke, an 18th century English politician said, “The only thing necessary for the triumph of evil is for good men to do nothing.”

People often vote against their own best interests. There is a bumper sticker that says, “Working people voting for Republicans is like turkey’s voting for Thanksgiving.”

The voters in Northwest Wisconsin are no exception. If historical patterns hold, many Wisconsin “turkeys” will be voting to get stuffed and roasted. Many more will not vote at all and will suffer the same results.

Today it is easy to lose hope in the current troubled political climate. But good change can come if good people get active. All that is good about our society is the result of former, mostly “liberal,” activists.

These were the great men and women we read about in the history books. But many more were ordinary people. They were the unsung, unknown people who did the small things needed for social progress.

If all of us don’t do our part this year the far right will succeed in replacing democracy with an authoritarian, theocratic oligarchy. Please don’t sit on the sidelines.