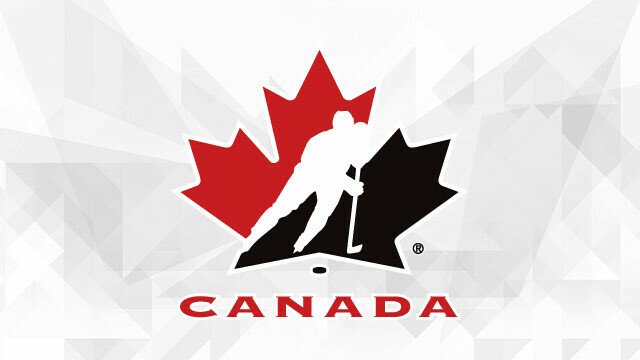 MORGAN PARK – Well, where do I even begin?

In late May with the Stanley Cup tournament in full swing, I found an article in The Athletic that was written by the Chicago Blackhawks’ beat writer Mark Lazerus. In this article, he wrote about an emerging story on the 2018 World Junior Gold Medalists, Team Canada. It outlined how, at a celebratory event months after the WJC victory, eight players from that team got a young woman intoxicated and then sexually assaulted her in a hotel room for several hours.

That article goes into some graphic detail about the assault, and if you were to consider if a female family member of yours was the female in that room on that night, you would be sick to your stomach right now. And this occurred after a Hockey Canada Foundation event no less.

My initial thought was to become angry relative to how anyone involved in my lifelong favorite sport could do this to another human being. As the story began to gain more prominence in the news cycle, some writers were leaving me with the impression that this was just the tip of the iceberg.

But then, throughout the Lazerus article, he mentioned other incidents of this nature and built a summation of them, leading the readers to the end of his article, where he indicts the entire hockey world.

I wasn’t stunned or the like. I’ve been around the block a few times and am painfully aware of the dysfunctional world we live in at this time. But I was reeling. There was no doubt about that.

My exposure to the game goes back to the early ’60s. I saw a handful of games up close and decided that was something I definitely wanted to try.

I started to play and did that for many years, then coached youth hockey for 12 seasons. I coached more than 200 boys and five girls in that time frame between the ages of 4 and 20 years old.

I knew there were some players around the game that weren’t exactly boy scouts, but I also knew they weren’t out assaulting anyone, male or female, after games or big victories. That was out of the question.

It only stands to reason that within any group of humans you will see behaviors that mirror the society we live in. The sports world is no different and it isn’t immune. But when I ponder what happened that night, based on the article I read, I shake my head.

A couple of players who must have realized what was occurring was not a good idea and might be violating sex assault laws went to the trouble of video recording the intoxicated victim being asked if she was OK with the events going on in the hotel room that night and if it was “consensual” to which she replied that it was.

Guessing they might be in some deep manure, they proactively retained an attorney and turned the videos over to the London, Ontario, police. Text messages between the victim and one of the players were included.

After months of review the London police declined to press charges. Somewhere within this, Hockey Canada became aware of the incident and a financial settlement was reached with the victim. It is fair to presume there is a clause in the settlement that prevents the victim from discussing this event with anyone.

While the victim didn’t want this incident to be placed under the media’s microscope, the victim’s mother was quite upset. She initially contacted the police and only backed off after the victim said she didn’t want to pursue it further.

Did the police decline to charge because of the videos handed over to them? And then, there is the question of consent given while highly intoxicated. Does that represent consent or not?

A professor in women’s studies and a sexual assault law expert, Dr. Lise Gotell from the University of Alberta, states that Canada’s Supreme Court hasn’t clearly defined if a heavily intoxicated person can provide consent. It is not clear how drunk and thus incapacitated a person would have to be in order to render them unable to provide consent.

Under Canadian law, a victim who was “blackout” drunk would be considered unable to give such consent. The victim, while admitting to a high level of intoxication, was still conscious during the assault.

Some of the dialogue between one of the players and the victim was a transparent exercise in trying to cover one’s posterior and ensure the victim wouldn’t incriminate anyone, especially him. I read it, and the first thought that came to mind was “despicable,” followed by “pathetic.” I have to believe these players knew what they were involved in was unacceptable and they had done wrong. Very wrong.

What if one of the young men had stood up at the start of this and said this is wrong and we need to end this right now? Would the others have agreed with him and ceased the assault at that point? Or would they have turned on that person? We don’t know. There are so many factors involved in the hows and whys of these types of events that I couldn’t begin to examine them.

At this time, whether anyone involved likes it or not, a full-blown national investigation is underway. It is now out of the hands of HC, the players involved and the victim. There have been calls for the entire executive leadership of Hockey Canada to resign. I currently believe that if they don’t, they will be dismissed. In my view, they should have already been terminated.

It was also discovered recently that HC had established a “fund” to handle these issues. The existence of such makes me wonder how many more of these incidents are being covered up. That lends credence to the thought other media held regarding the “tip of the iceberg” theory.

If you examine the roster from this team, you will see 15 players from it on or close to being on an NHL roster. That now makes this event into an NHL matter too. A handful of them are prominent players in the league.

What happens when names start being made public?

In the first iteration of this debacle, the players weren’t even interviewed. Now it is being discussed that the players in question can give video “statements,” most likely with their attorney present. That has stink all over it.

I believe the victim deserves to see them on a stand, even if only giving a deposition, with cross-examination allowed.

I now have to admit to personal naivete here. Did I think these things happened in the hockey world but ignored them? Or did I just not know? Does my beloved USA Hockey have any skeletons in its closet?

One way or the other, we are probably about to find out. PEACE