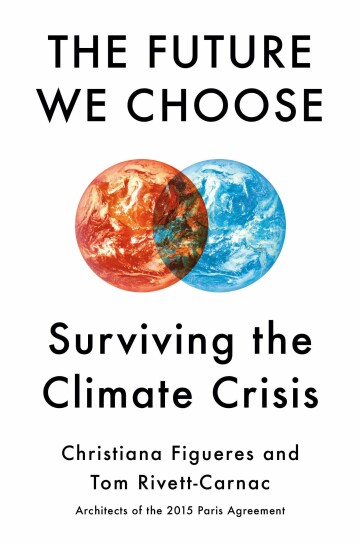 In combat, paratroopers are given the command to “hit the ground running” when they land so as to keep themselves from getting shot. If they stand still and don’t keep moving, their chances of staying alive aren’t good.

At times, it feels like we find ourselves in the same situation as we confront this global climate crisis. There are so many different climate events coming at us from all directions: rising CO2 levels, higher temperatures, extensive wildfires, long droughts and major flooding.

If we stand still and do nothing, or don’t respond in a timely manner to the ever increasing number of climate events, the chances of our lives being dramatically and dangerously impacted by this growing climate emergency will increase tenfold.

And at this moment, it appears that too many of us are just standing still and not moving; especially the leaders in our cities, states and countries.

With the latest news about three-digit temperatures and fires in Western Europe, along with the flash flooding in St. Louis, extreme temperatures in Seattle and Portland, and new wildfires in California, it feels like millions of us are already ducking and dodging more severe climate and weather events.

This past week, The New York Times and CNN reported that more than 900 million Chinese are living under some kind of heat warning. Heat-related deaths in China have increased 400% between 1990 and 2019.

In Greenland, the latest ice melting could cover West Virginia in a foot of water. Between July 15 and 17, the warmer weather in northern Greenland melted enough ice to result in six billion tons of water each day.

And Salt Lake in Utah is drying up while there’s significant rainfall and flash flooding in Eastern Kentucky.

In the introduction to their book The Future We Choose: Surviving the Climate Crisis, Christiana Figueres and Tom Rivett-Canac, who both worked on the 2015 Paris Agreement, expressed concerns that we will become complacent, stick our heads in the sand, and not realize how much precious time that we’re losing by not being more aggressive and proactive in addressing climate change.

“The threats from climate change are now immediate. Super storms, cyclones, wildfires, droughts and floods everywhere give us ample evidence of climate change, and these disasters will increase in frequency, scale and location. We cannot deny or ignore climate change any longer. We now need to let go of half-hearted attempts and instead act in proportion of the magnitude of the challenge.”

Even though the Duluth City Council declared a climate emergency in April of last year, we have to ask. is the city responding in proportion to the magnitude of the climate challenge facing us?

Have our attempts been half-hearted and not with any sense of urgency or depth? Are we giving enough support to the select few out there who are trying desperately to work on this all encompassing challenge?

We can’t hit the ground running when the city has an energy plan commission which only meets every other month and is only focused on city-owned properties.

We can’t hit the road running when there is no citizen’s climate council or task force.

We can’t hit the road running when many elected officials won’t talk to or meet with local environmental and climate groups.

In a Guardian article on July 27, titled “Humanity can’t equivocate any longer. This is a climate emergency,” Rebecca Solnit and Terry Tempest Williams cited such alarming climate events as Lake Mead disappearing and the Great Salt Lake vanishing before our eyes.

“We can choose to live differently and build wiser and more just ways to produce, consume and travel. Our hope lies in our collective actions. A climate emergency means that it’s time for business as usual to halt, for our priorities to shift and to recognize our responsibility to those on the frontlines of the climate crisis.”

If we’re going to hit the ground running in Duluth, we must halt business as usual, shift our priorities and explore and embrace new collective actions. We need to choose to live differently and build wiser.

We need to create a sustainable business council for community-minded local businesses. We need to organize neighborhood groups that can support such initiatives as rewilding lawns and building food gardens. We need to establish a citizen’s climate council that provides an open forum for sharing climate news and ideas for collective and collaborative efforts between the public and private sectors around the city.

Given that a climate report from 2018 cited specific populations in Duluth who are very vulnerable to this climate emergency, we could set up “climate mash units” composed of activists, artists, community organizers, educators and entrepreneurs to provide direct help and support to those vulnerable populations who will be dealing with various environmental and public health concerns.

Just like the paratroopers who have to be combat ready when they hit the ground running, we need to be just as ready to face the current and future climate events that are coming to Duluth. To successfully hit the ground running, the citizens of our city need the information, tools, skills and public support to become more resilient and responsive during this climate emergency.

Standing still in this critical moment is not an option. Not for any of us.