What kind of country do you want? 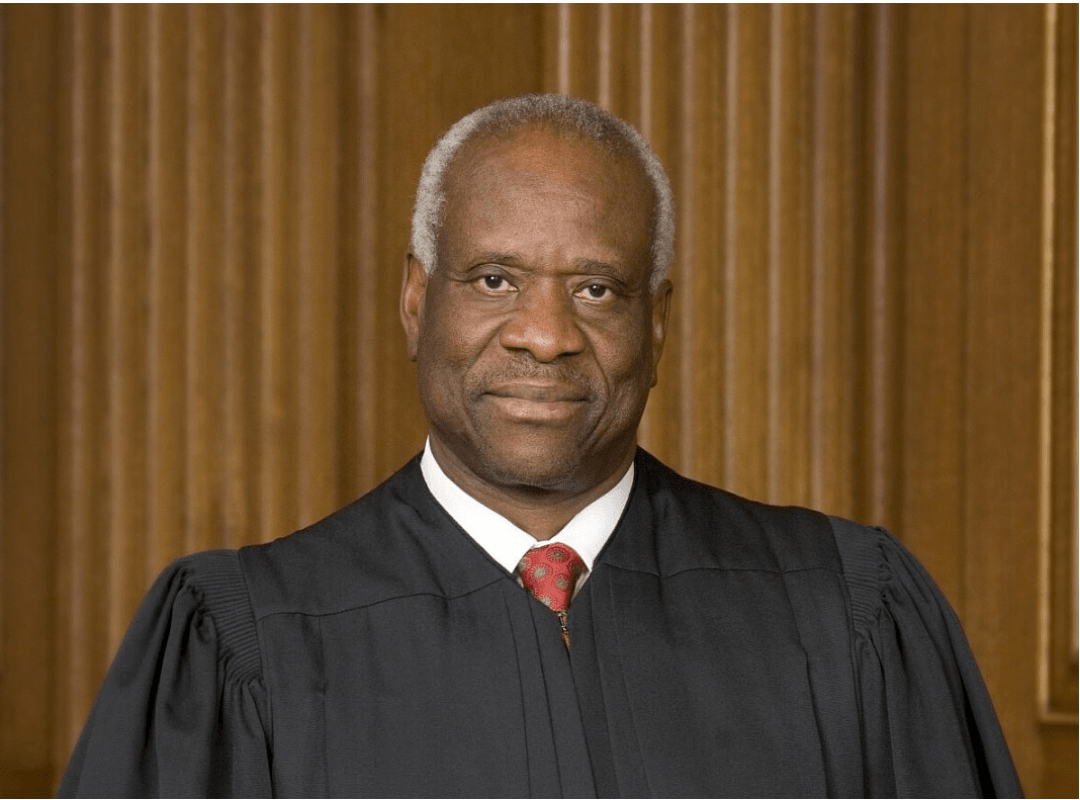 The 2022 elections will likely determine whether the American poor and middle class will be as powerful in 2023 as the wealthy fundamentalist Christion White Nationalists and Dominionists that currently use the courts and laws allowing a minority to rule a majority.

The conservative English magazine The Economist has an article called “The New Exceptionalism” with a rather amusing subtitle: “America has a set of laws on important subjects that do not reflect the view of Americans.”

How did that come about? A 6-3 MAGA Supreme Court that decided that campaign funds should not be limited, that corporations were “people,” that gerrymandering would not be eliminated by the courts (who wants one person-one vote anyway?), that the 1965 voting rights laws should be “modified” to make voting more difficult, and that controls on firearms violated the Second Amendment although we have only one militia: the National Guard.

In 2022 the Supreme Court tried to kill democracy and replace it with a toxic mixture of “Christian” religion composed of conservative Catholics and Protestant Dominionism by rejecting Roe v. Wade, West Virginia v. EPA, and the New York “carry and conceal” decision.

If MAGA wins the House and Senate in 2022, it will be a bullet to the brain of the United States. There has been a dramatic change in religious thought and political public opinion in the last half century:
In 2000 more than 70% of Americans were affiliated with a religion. In just 22 years that has dropped to 47%.

Practically all gun control policies, starting with background checks at 90% approval, have an approval rating of more than 50% – including the banning of military semi-automatic rifles and military ammunition at well more than 50%.

We are the only country in the world with more guns than people, but 60% of the homes have no firearms at all.

More than 75% of Americans are willing to make substantial changes to reduce the effect of climate change.

Americans feel the same way about abortion than people in the top 40 countries in the world, but the Divided States of America is the only country which bans abortion.

These are the top five subjects that top the list of concerns for most people. Why don’t we see how you feel about other subjects that will be discussed by candidates for office in 2022?

• A week in 2021 after Joe Biden was sworn in as president, a Trump appointee as director of the U.S. Postal Service announced a $11.3 billion contract for 150,000 new mail trucks powered by gas that would get 8.3 mpg and produce pollution equal to what 4.3 million passenger cars would. Two leading House Democrats argued for reversal of the contract, switching to electric vehicles instead. Which would you vote for? MAGA___Democratic___

• The federal minimum wage is still $7.25, but even if it were doubled, it would be less than a living wage in all the states for a single adult. It has not been raised since 2009 in 20 states while 30 states have raised it slightly above $7.25. The Massachusetts Institute of Technology calculates it would force a single mother with two children to work 235 hours per week in order to make a living wage. That’s 67 hours more than there is. Fast food workers have been fighting for 10 years for a $15 minimum wage. It has shrunk to $11.65 since then. Hawaii, as an example, would have to increase its minimum wage to $21.99 in order for an adult to make a living wage. The legislature just increased it to $18 an hour – by 2028! Economists say if the minimum wage were raised in proportion to productivity gains through the decades, the federal minimum wage should be $31.67. What would you raise it to? MAGA $________Democratic $_________

• Remember when a MAGA female senator asked a female Black Supreme Court nominee: “What is a woman?” Her answer could have been: “A woman is a 10-year-old pregnant girl-child who has been raped by a man and has to travel from Ohio to Indiana to get an abortion because she is three days beyond the six weeks.” Is she a child or a woman? MAGA Woman___Democratic Child__

• Last week more than 100 million Americans, 250 million Europeans, and 900 million Chinese suffered from 100-degree or more heat. These people lived in the Temperate Zone. How many people in the Tropical Zone had the same problem? The earth’s population has reached 8 billion. In just the last year we have gone from 440 million hungry people to 1.6 billion in 2022. Chances are more than one-half of the population is living in areas where the temps were 100 degrees or more. Our “Democratic” Senator Joe Manchin opposed supporting a Democratic climate change bill while endorsing campaign checks on his Potomac yacht from Exxon-Mobile, Shell and other fossil fuel companies to fill his own wallet. All this, while residents of his West Virginia are suffering from being among the poorest Whites in the country, ranking 45th in education, 47th in health care, 48th in prosperity and 50th in infrastructure.

• The University of Massachusetts-Boston has revealed in its Elder Index Study that more than half of the older women in the U.S. who live alone are classified poor by federal poverty standards, while 45% of older men are in the same condition. Neither party do not have enough income to afford essential expenses. The guideline of the Department of Health and Human Services uses $12,880 per year for a single American. The COVID-19 pandemic has forced the highest unemployment rates of half a century for people older than 55. Is this situation greater than climate change, or college student debt, or the 100 million Americans with medical debts they can’t pay? Shall we try to solve all four epidemics?

• While about half of our men and women more than 55 living alone cannot afford the essential services to enjoy life, the Denison Yachting brokers of Palm Beach and the builders of yachts around the world had a terrific, profitable 2021 year: “the best ever.” The industry sold 887 superyachts, more than twice as many as they did in 2020. And another 1,000 are on order. One salesman checks out his customers by sneaking a peek at the wrist for a $100,000 wristwatch. They prove to be good customers. A yacht more than 200 feet long is usually considered to be a superyacht, but several built recently are more than 500 feet long, or half the length of an $18 billion nuclear-powered aircraft carrier. There are 5,400 superyachts floating around the world today, looking like rowboats next to 100 that are more than 400 feet long.

Billionaire former Hollywood executive David Geffen owns the 454-ft Rising Sun which has a staff of 57 to take care of his personal needs. The diesel engines emit the same carbon as 1,500 passenger cars. He received some criticism for living in the Mediterranean Sea during the worst COVID – and bragging about it. If you are wondering why the world poor don’t have enough to eat, check who owns superyachts. Rumor has it Vladimir Putin owns four superyachts – in other Russian names – and a dozen mansions scattered around the world. The last guy to talk about Putin and his boats ended up dead rather close to the Kremlin.

If you think the world’s superyacht owners are going to save the world from economic inequality, climate change and other ills, please read “The Floating World” by Evan Osnos in the July 25 issue of The New Yorker. The owners will remind you of middle school students surreptitiously sneaking a smoke behind the school.

• I see the metro area MAGA crowd will finally have a wonderful place to send their K-12 innocent darlings to a private school that will not have critical race theory, climate change, sex education, gender studies and other soul-destroying curricula. The Capstone Classical Academy, according to the developers, founders and owners, will be a religious- and tuition-based school emphasizing “culture and virtue through the study of liberal arts, a philosophy which is Christian and rooted in ancient Greek education methods.” I wonder if that means the teachers will ask Socratic questions to students instead of lecturing them on actual historical events. The school will feature “a distinct method of education not offered by any area schools.” That’s a fascinating point. As a teacher in the Fargo schools, NDSU and Concordia, I have taught kindergarten through doctorate-level students, but at only one private school when I subbed for one year at Concordia for an education department professor who had a serious illness. I didn’t notice a “distinct difference.”

MAGA supporters will appreciate the fact that a principal supporter is Betsy DeVos, former president Donald Trump’s Secretary of (public!) Education, who had never crossed the threshold of a public classroom to take a class in her entire life. A graduate of Hillsdale College in Michigan and the wife of an Amway billionaire, her only purpose in taking the cabinet post was to eliminate all public schools and turn them into religious schools to serve a theocracy based on fundamentalist Dominionism.

The extended DeVos family is known for owning nine yachts of various lengths, evidently to follow Jesus Christ walking on water to furnish the poor with millions of loaves and fishes.

A tiny college of 1,400 students, Hillsdale has a fantastic endowment of $700 million provided by billionaire White Supremacists and fascists. The alt-right wife of the alt-right Associate Justice Clarence Thomas of the alt-right Supreme Court has served as Hillsdale College’s Associate Director of D.C. Operations. Her inmost desire was to overthrow our democratic government to the dogs on Jan. 6, for God’s sake! Her husband has been a graduation speaker as well as former alt-right CIA Director and Secretary of State Mike Pompeo, Vice-Resident Mike Pence, and, of course, former Secretary of Education Betsy DeVos. Pretty good for a small rural college in Michigan. I wonder if any of them have spoken to the 45,000 University of Michigan students at Ann Arbor.

I wish one of our national pollsters would ask Trumplicans when they thought America was great. Would it be 1776 on Independence Day? How about during the 19th century Gilded Age? Would it be the 1970s at the peak of middle-class power? I want them to pick a date.

Hillsdale College serves as a fascist laboratory. MAGA opposes the immigration of people of color but will accept Norwegians, Trump’s MAGA opposed the use of masks and vaccines so the U.S. ended up with the highest death rate per 100,000 by country in the world. It wants a theocracy instead of a democracy, opposes a broad safety net for poor citizens, thinks global warming is a hoax, opposes same-sex marriage, thinks joining the LBGTQ+ community is a matter of choice or conversion therapy, and that school children should be turned into little fascists instead of democrats. Are you MAGA___or Democrat____?