Summer & music in the city 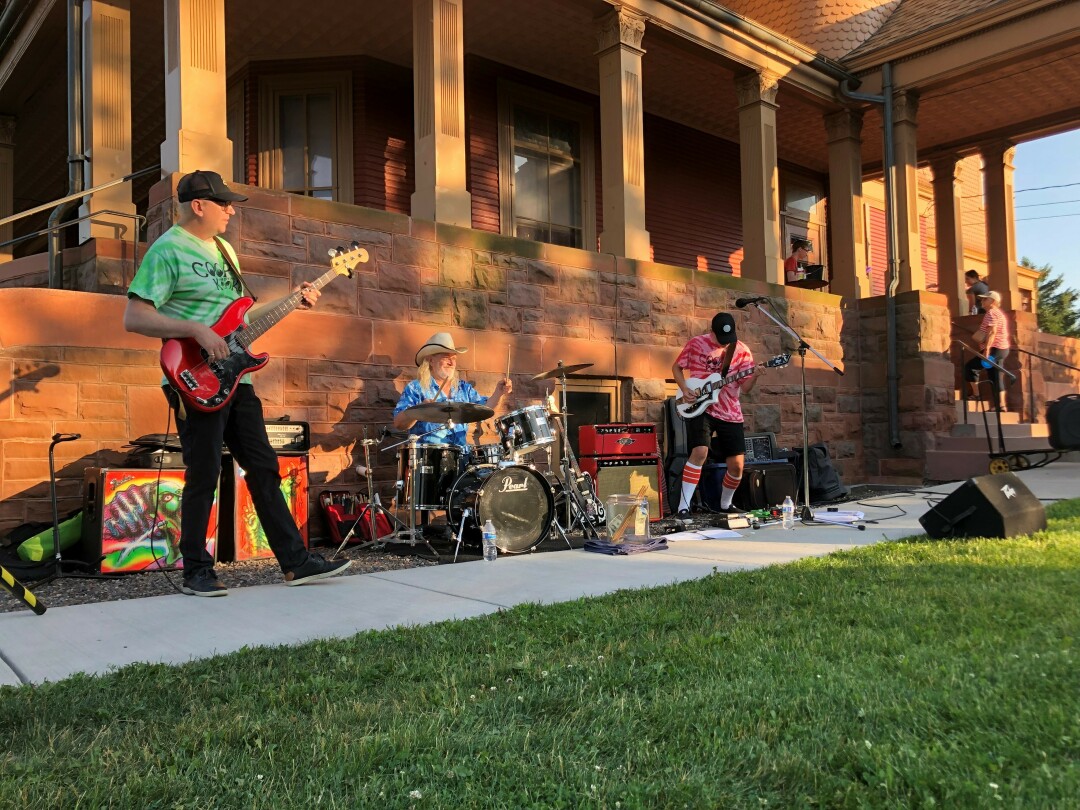 The Fractals perform at Fairlawn. Photo by Jill Fisher.

Well finally, here it is – the summer we get every year for two weeks in July. And music is happening most every night, much of it outdoors. It’s hard to keep up with it, no matter how many gigs one tries to cram in each evening and weekend. Can you blame me for flagging just a bit?

Luckily, I caught a benefit concert for CHUM on Monday evening, July 18, up at the Coppertop Church. (CHUM is a nonprofit that provides a variety of services for homeless individuals and families.) Big Wave Dave and the Ripples played in the parking lot to a good-sized crowd of all ages. It was nearly 90 degrees at concert time, but the sky was a beautiful blue, there were cool breezes off the lake and gorgeous views. Dancers young and old were movin’ and groovin’ to the band. The best news is that donations to the cause that evening were especially generous with around $3,000 received. This is just one of the many examples of Northland musicians’ support for our community’s well-being.

After one evening’s respite from all the fun to be had, I decided to drive over to Superior for the second concert in the Bayside Sounds series on Wednesday, July 20, to hear The Fractals. It was held in conjunction with an Ice Cream Social at Fairlawn Mansion. Although lead singer Barry Pirkola was absent that evening, the remaining three members – Jimi, Darryn and Melvin – carried on with their repertoire of ’60s hits and surfer tunes. The family audience was appreciative, especially those with toddlers dancing out their excess energy. It was another lovely evening to be outdoors enjoying music.

Before the second set began, I headed back over the bridge to see if I could catch any part of the Courtside Concert at Pier B Resort, another outdoor venue, with the band Buckwild. Until then I had only heard a couple of this group’s numbers on YouTube, which didn’t do it justice. In fact I had skipped several of their gigs thinking they were a raunchy, good ol’ boy country band. Thus I was pleasantly surprised by the musicality and depth of this four-man band comprised of Chad Hamm on rhythm guitar and vocals, Carl Olson on lead guitar, Matt Bosshart on bass and Luke Perry on drums. Hearing only several songs, I was readily convinced that this was a group I’ll want to hear more of in the months ahead. 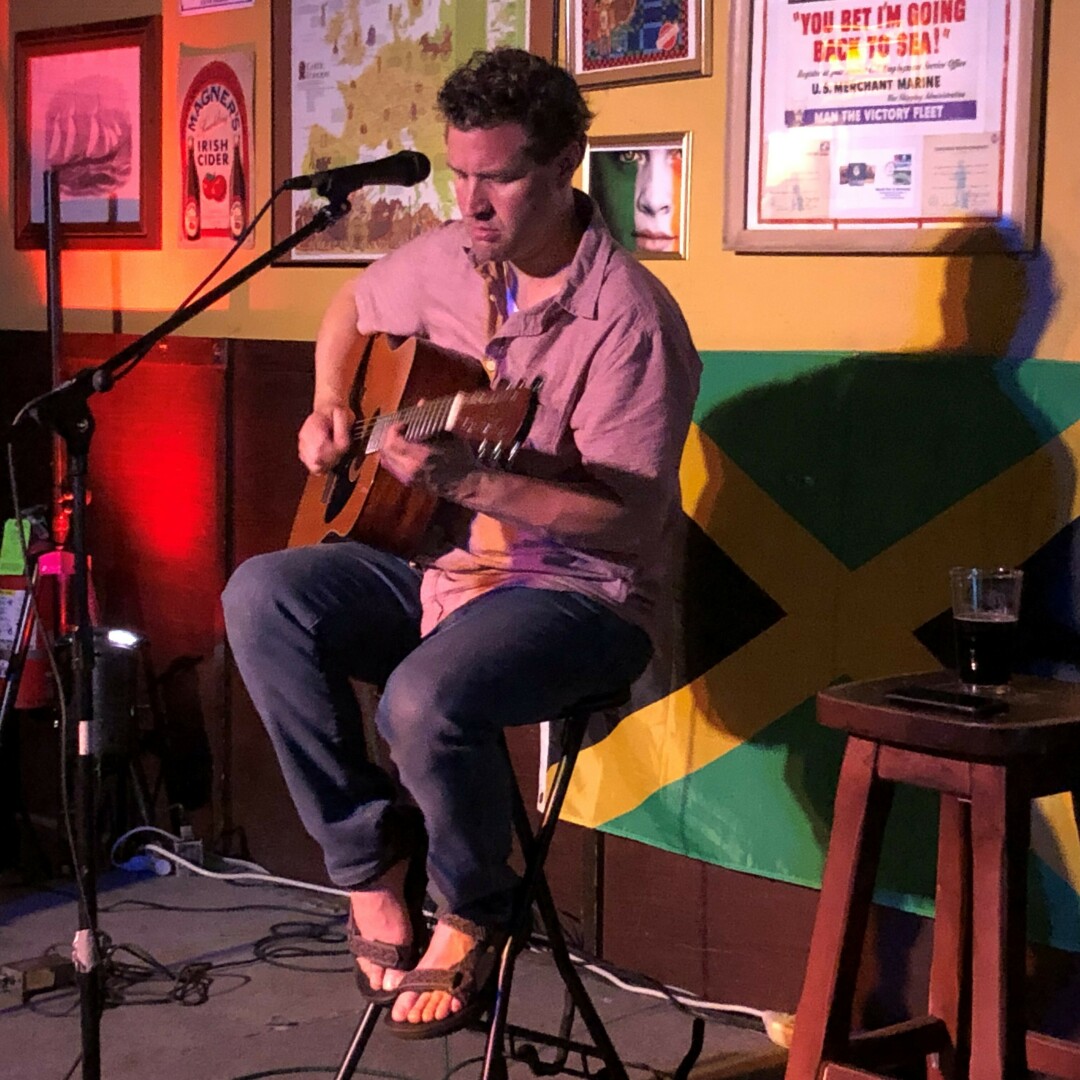 On Thursday evening I decided to take in solo singer-songwriter Russ Sackett’s gig at Carmody’s Irish Pub. He has a residency there on Thursdays through August except for fourth Thursdays when he’ll perform at Wussow’s Concert Café in West Duluth.

Evidently the gorgeous summer night discouraged others from moving indoors so I enjoyed a virtually private concert. Sackett played an acoustic guitar and performed a variety of traditional, popular and well-known covers, among them Johnny Cash’s “Folsom Prison,” James Taylor’s “Fire And Rain” and Neil Young’s “Old Man.” Then there were his original compositions: “On My Own” and “Fear,” both with memorable melodies.

Like so many other talented musicians, Sackett grew up in a musical family, his father having played guitar with bands around his hometown of Grand Rapids, Minn. He told me the first guitar he picked up and fooled around with was a Montgomery Ward Airline when he was 14. One of the things that impressed me about this 44-year-old was his nearly encyclopedic memory of the oldies, several of which I requested. Having witnessed how many young solo performers rely on their Iphones for lyrics and how this tends to compromise their connection to an audience and vocal expression, I greatly appreciate this ability.

For example, Sackett had absorbed not only the lyrics but the feeling of “Crying” by Roy Orbison. His take on the song was exceptional, demonstrating his rich vocal intonation and range. Though he has yet to release a CD he is someone to follow. 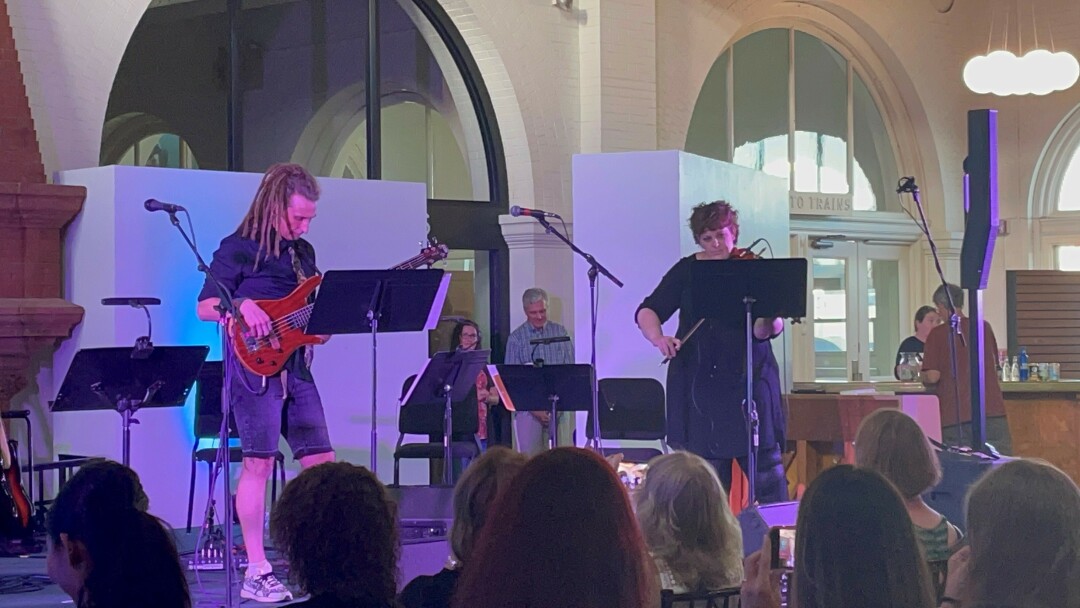 DSSO Bridge Sessions are all about “bridging the gap between music genres across the Twin Ports.” That is what happened on Friday, July 22, the last of this year’s sessions, when Hannah Rey’s band, South of Superior, teamed up with members of the Duluth Superior Symphony Orchestra at The Depot to produce an incredible hybrid concert. The DSSO musicians included Betsy Husby on cello, Kevin Hoeschen on viola, Amy Eichers on violin, the virtuoso violinist Erin Aldridge, and Alexander Sandor on piano. Dr. Greg Moore, Associate Professor of Music at UW-Superior, is credited with the arrangements for the collaborative numbers performed.

A duo between Tom Berrigan on bass and Betsy Husby on cello was an amazing pairing which produced a sound that resonated in one’s body. It was sublime. The acoustics of the Great Hall are such that the unamplified strings and piano sounded great, the miked singers not so much as the lyrics were very difficult to understand.

Watching the sign language interpreter was mesmerizing, appearing like dancing – so much feeling for the music was conveyed.

I won’t miss future Bridge sessions again, assuming they will be back next summer.