Did the devil make them do it? 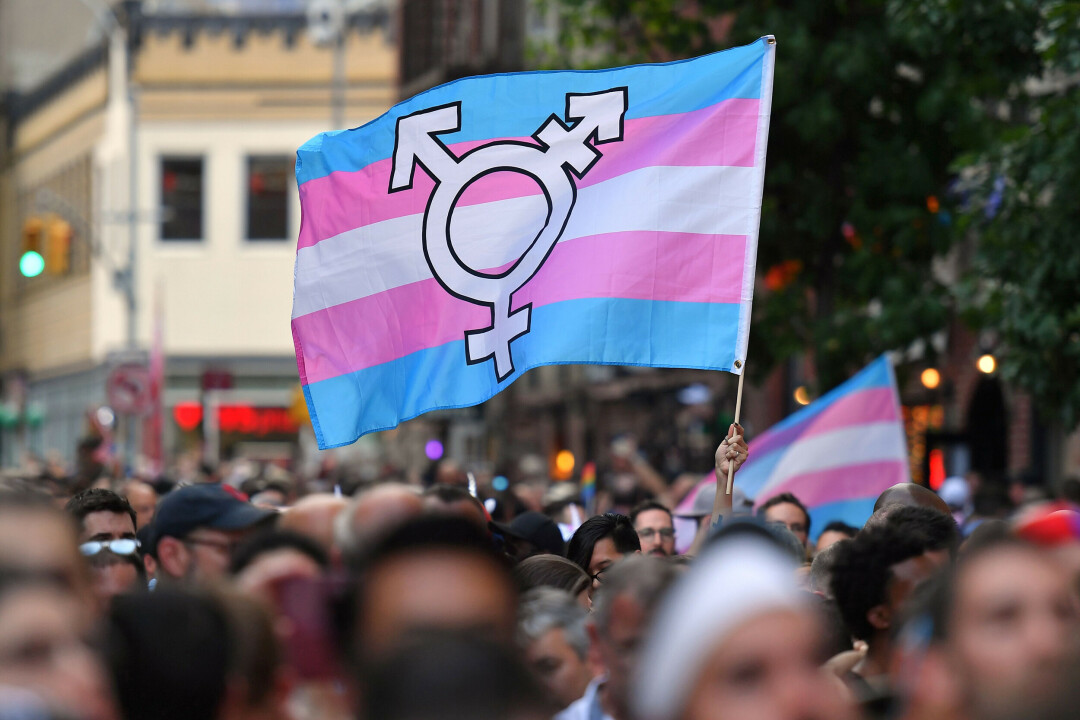 God’s knitting of the human body is rapidly unraveling

If you get a shiny new quarter as change in 2022, see whose image is on it. Astronaut Sally Ride rode the space shuttle Challenger in 1983 and 1984. She was the first American woman to do so. She retired from NASA in 1987, but later served on the Challenger disaster commission after it blew up entering space, killing seven astronauts aboard. Besides advising NASA when it suspended the shuttle program, she started Sally Ride Science in 2001, a project known as STEM to decrease the gender gap in science, technology, engineering, and mathematics.

The Smithsonian has a small telescope that Sally had as a child, spending night hours looking at the stars and the universe. She became a physicist before becoming an astronaut. Sally Ride died at age 61 in 2012 after suffering from pancreatic cancer. Her partner of 27 years, Dr. Tam O’Shaughnessy, is a professor emerita of school psychology at San Diego State University. Sally revealed before her death she was a long-term member of the LBGTQ+ community. In other words, she is also being honored for being the first known gay person in space. She has joined a very large group of the LBGGTQ+ community who have advanced Homo sapiens society to new heights.

Our history is filled with the LBGTQ+ community who became productive citizens of many countries. Alexander the Great at age 20 ruled Asia and Europe more than 2,300 years ago as an enthusiastic bisexual. When things were not going well for General George Washington and his revolutionary army, Ben Franklin, knowledgeable about European militaries, recommended that Washington hire Baron Friedrich William von Steuben to help him develop an effective military. Von Steuben had been fired by the Prussians because he was gay. Probably the most important hire in our early history, von Steuben made a very effective fighting force out of rag-tags who couldn’t shoot straight, helped George become a hero and wrote the first basic infantry and fighting manual our army ever had.

Frederic Chopin, who wrote some interesting pieces for piano in the 19th Century, was gay. The many love lifes of Peter the Great and Catherine the Great of Russia indicated they were both bisexuals. J. Edgar Hoover, the cross-dressing prime minister of our FBI, had a very close friend in Clyde Tolson for much of his life, and was rumored to be blackmailed by the mob for being gay. Bet on it. Gay Michelangelo turned out to be a pretty good ceiling painter while his gay compatriot Leonardo DaVinci engineered the completion of the dome on St. Peter’s. Of the 100 billion people who have died on earth, at least seven billion members of the LBGTQ+ community were residents. They included gay Aristotle to gay Rock Hudson who loved to act with Doris Day, and the erotic, exotic and gay Pope Benedict IX who scandalized Rome in the 11th Century to the lesbian Florence Nightingale who went to the Crimean war with British troops in the 19th century. In her lifetime she rejected many marriage proposals. Now, the big question is: why does the Vatican and the U.S. bishops, the evangelical and fundamentalist Christians, and numerous cults of Trumplican politicians push the idea that gays are “intrinsically disordered?” Could it be to retain political power? Good Heavens! Say it isn’t so!

Guess who started the high-five in sports

I have been heavily involved in sports for more than 75 years because I was a big 15-year-old when I pitched a baseball in the adult baseball leagues  – and then played both football and baseball in high school and college. I then coached the Fargo American Legion “B” team for eight years while supervising Park Board baseball. In those early years we congratulated each other with a pat on the back or butt or handshake. It wasn’t until 1978 that high-fives started to sweep the dugouts, floors, gyms and sidelines of many sports. It’s almost hilarious that the new congratulatory signage was started by a gay outfielder playing his first year for the Los Angeles Dodgers. Glenn Burke was the first major league player to come out as gay. Although considered to be the finest all-around athlete on the team, he was immediately traded to another team to Oakland when outed! The receiver of the high-five was teammate Dusty Baker, who now is manager of the Houston Astros. Is there a sport today that doesn’t use the high-five? It’s used more than the sign-of-the-cross after a hit by a Catholic player. Have you ever seen a player making the sign-of-the-cross after striking out?

The Dodgers are finally recognizing what Burke started by honoring him at their ninth annual LBGTQ+ Pride Night. After he was outed, he was ostracized from professional baseball, was homeless, used crack cocaine and did a short prison sentence for possession. He died in 1995 from AIDS. (Oh, how times have changed. At least 101 LBGTQ+ known members are running for U.S. Congress in 2022.) Forty of his family and friends were honored with him. Baker said this about his friend: “I tell you, he was the life of the party. He’d get out and dance; he could dance his butt off. He’d crack on anybody, and we loved having Glenn around. He was a hell of a ballplayer who was learning how to hit.” Now, every time you see players give each other the high-five, please think this pleasurable activity was started by a gay person who enjoyed life but was rejected at every opportunity by a society with a large closet.

Why are Republicans trying to pass 325 anti-LBGTQ+ bills?

Assistant Secretary of Health Rachel Levine is the highest-ranking transgender official in the U.S. government. She is a graduate of Penn State University Medical School in the field of adolescent medicine, and recently spoke to fellow physicians at a meeting in Fort Worth: “I want to say this very, very clearly: lesbian, gay, bisexual, transgender and queer Americans are committing suicide at a rate that should shock the conscience. Think about how many of them thought it was better to die than to put up with any more harassment, scapegoating and intentional abuse. A single caring adult is the difference between life and death.”

First, let’s recognize why the Trumplican Party is trying to pass 325 anti-LBGTQ+ bills in about 30 states, with about 125 bills specifically attacking transgenders about sports activities, toilet use, conversion therapies, marriage, divorce, gay sex education, transgender housing, gender identity, trans politics and other reasons too numerous to mention. This is all about White male supremacy. When the Republicans learned they could hop on the Discrimination Bus of the Vatican and its cardinals, bishops and priests about celibacy, abortion, contraceptives and homosexuality to keep power when they became the minority, they made a deal about votes, Supreme Court judges, voter suppression and voting rights. And then they convinced the racist Protestant churches, primarily in the South, to hop on their bus for the same reasons.

For 2,000 years the Roman Catholic Church has been the primary carrier of the very toxic viruses surrounding sex and the role of women in society. Now the Vatican has finally reached a Hobson’s Choice. Let’s review Hobson’s Choice for a moment. In the early 17th century Tobias Hobson of Cambridge, England, ran a small inn with stables. When he rented a horse to travelers, he always gave them Hobson’s choice, the horse nearest the door of the stable. He never allowed a customer to pick a horse in a different stall. His system made great sense. It allowed for the rotation of all the horses so the “wear and tear” on each horse was the same. What happens if the Vatican takes a religious and political vaccine and kills the toxic plague they have been teaching for most of its 2,000 years? They will get the Hobson result: empty pews around the world.

Is it possible to live on the same planet with Bible lovers and Trumplican liars?

The Bible is a good and bad book. It is filled with wisdom and ignorance, logic and voodoo, morality and sinfulness, truth and lies, and harmless snakes and those filled with venom. I wish Bishop Folda and those local Catholics who believe gays are “intrinsically disordered” would examine the gays I have listed and then explain why they are “disordered.”

Only four out of five pregnancies make it from fetuses to babies who breathe air – and still have a very hazardous road to health. About 10% of live births turn out to be “intrinsically disordered” members of the LBGTQ+ community who have been “knit together and are wonderfully made” by God. Up to 20% of pregnancies end in “known and unknown” miscarriages. Some children are born with genetic and/or hereditary syndromes that will affect their entire lives. Babies are born with both male and female genitalia, some outside the body, some inside. Some babies are born blue and live only a few hours-if at all. Others are born with missing limbs or organs outside the body. This is life in the real world, not some Never-Never-Land dreamed up by prophecy-less prophets.

Trumplicans thirst for power but refuse to govern in a democracy

The fact that more than half of the present Republican Party believes King Donald Trump’s Big Lies, it has become politically impossible for the Democratic Party to work with the likes of McConnell, McCarthy, Cruz, Jordan, Hawley, Greene, the QAnon crowd and hundreds of other White power believers involved in politics. They are not only anti-science, they’re pro-ignorance, passing history and anti-gay legislation and opposing climate change bills that will turn the young into political zombies marching directly into swamps.

Stanford psychologist Robert Sutton has written a serious book The Asshole Survival Guide based on his first book The No Asshole Rule he published in 2010. Sutton defines an asshole as someone who leaves us feeling demeaned, de-energized, disrespected, and/or oppressed, in other words, someone who makes you feel like dirt. He does make a distinction between temporary and certified assholes. He claims all of us can be temporary assholes at times, but a certified asshole is a person who doesn’t care at all about other people. A real, certified asshole is one who consistently doesn’t care about other people and has one big task – he wants to make sure you feel hurt and upset all the time – and takes a great deal of pleasure if he succeeds. No doubt Donald Trump and his Brain Steve Bannon are the co-leaders of the certified assholes who are desperately leading millions of certified and temporary ones. I see 200 certified asshole House Republicans just voted against protecting birth control. They deny climate change proposals. Who elects them? More assholes. Why do so many ugly assholes graduate from Princeton, Yale and Harvard law schools? American democracy is on hospice because of assholes. We even have two on the Supreme Court: Justices Alito and Thomas.