Morgan Park through a native’s eyes 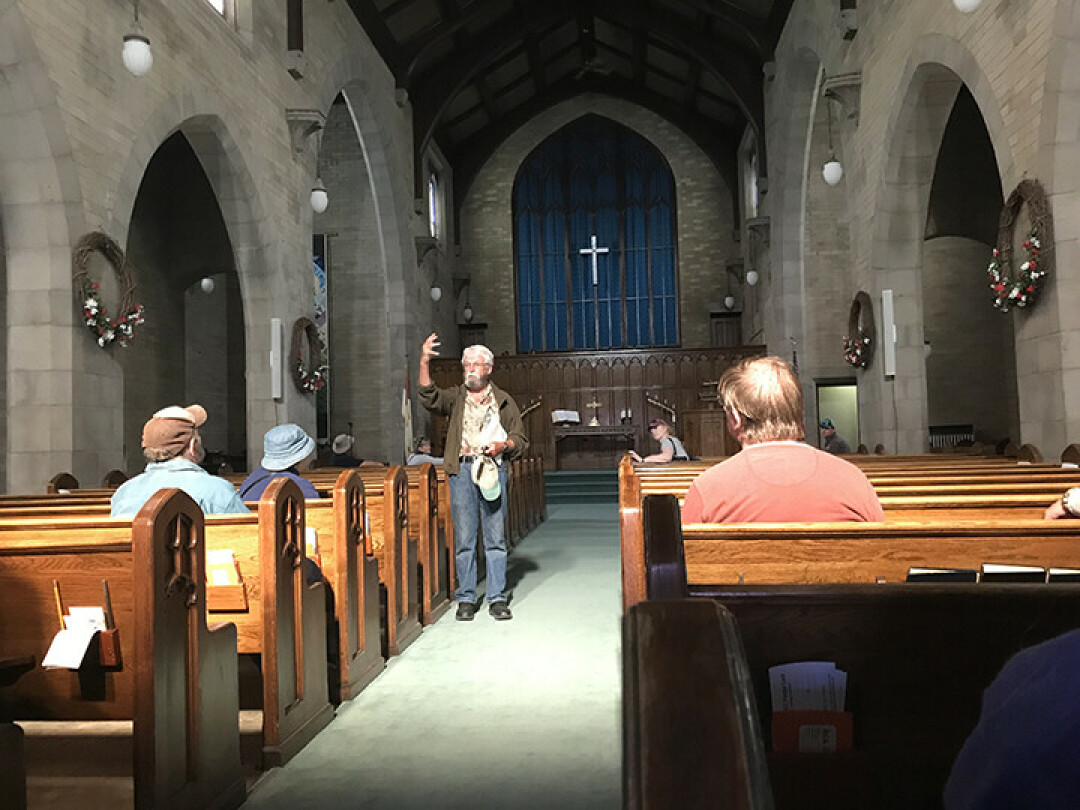 While a student at Woodland Jr. High, one of my favorite activities was Friday night rollerskating at the Duluth Curling Club. It was there I met my first girlfriend, who just happened to live in Morgan Park. I would take the bus there to see her, but, looking back on it, I am surprised by my lack of curiosity about the place. I did note that it was unique, with many homes that looked alike, but we didn’t spend much time talking about Morgan Park, and, being a callow youth, the relationship didn’t last long and that was my last connection with the U.S. Steel planned community.

However, I looked at a rental in Morgan Park while looking for a place to live in Duluth upon my recent return. It was an interesting three-story duplex. Ultimately I found a home to rent closer to work, but my interest about Morgan Park was piqued, so when we got a press release from the Duluth Preservation alliance about a June 26 walking tour of Morgan Park, I was in.

I counted 25 people and a large fuzzy dog who showed up for the tour on this beautiful afternoon of pillowy clouds and azure skies, with Morgan Park native and longtime Duluth Preservation Alliance member Bob Berg, whose grandparents first came to Morgan Park in 1922 to work in the steel plant.

The plant had been planned by U.S. Steel since about 1907 after Minnesota proposed a tonnage tax for iron ore that would be overlooked for any steel company with a plant in Minnesota.

It was no April fool’s joke when on the afternoon of April 1, 1907, the Duluth Evening Herald received a message that the United States Steel corporation had decided to establish a $5 to $6 million iron and steel plant at Duluth. The authors of the message added: “We think they were influenced by the fact that Duluth seems to be a good location for a plant of this kind, and the further fact that public sentiment in Minnesota has always been favorable toward the steel interests.” The Herald proclaimed Duluth would become “the Pittsburgh of the west.”

Once U.S. Steel bought a 1,700-acre strip of land on the west shore of Spirit Lake, four miles away from the last streetcar stop in West Duluth, the company knew it would have to do something about housing future employees – as many as 3,000. 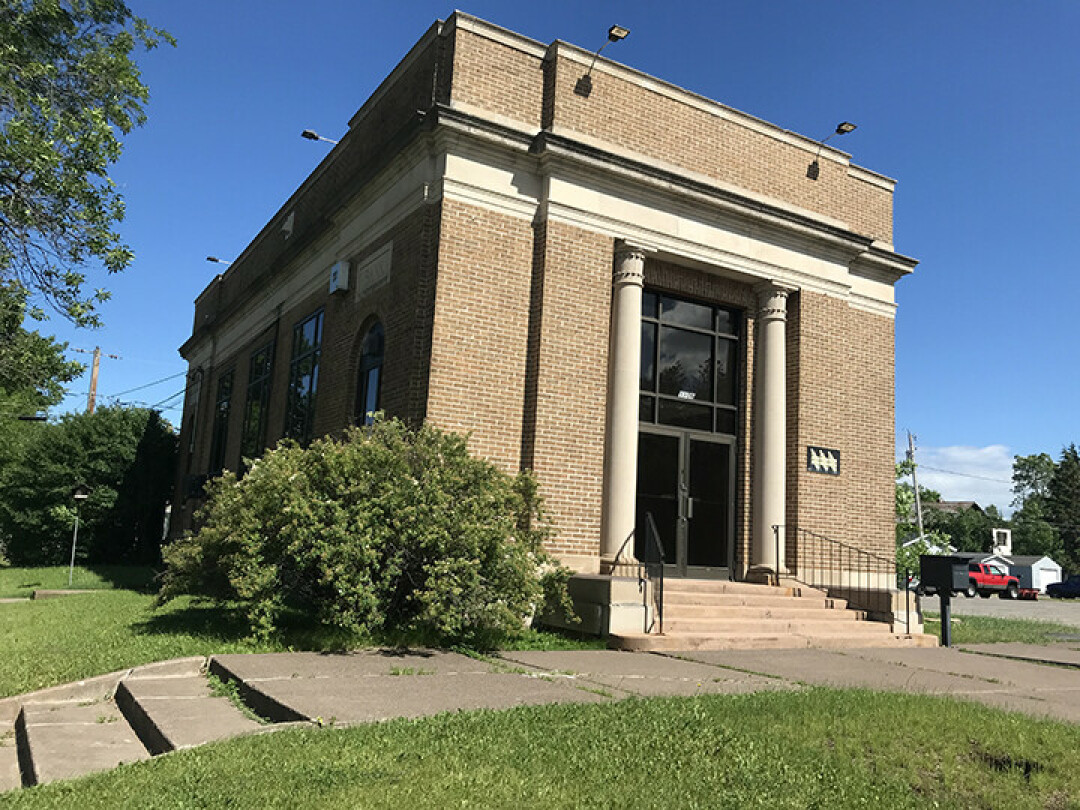 Two once-important buildings just down the street from each other in Morgan Park – the bank and the Goodfellowship Community Center. Bob Berg said back when the steel plant was in operation, it would get so busy on paydays that a guard was posted at the bank.

The Herald also reported in 1917 on the “model community”: “Before going any farther, it might be well to explain for the benefit of the initiated (sic) just what Morgan Park is. It is an industrial townsite, an experiment in home-grouping, made by the Minnesota Steel company at tremendous cost in order to provide adequate and convenient dwelling places for its workers.”

The report goes on to say that “For lack of a better name it was called the “model city” in the beginning – never with the sanction of the officials of the United States Steel corporation and subsidiary companies. As soon as the industrial community had taken form, it was officially given the name of Morgan Park, being named after J. Pierpont Morgan [founder of U.S. Steel, the world’s first billion dollar company]. The ‘model city’ continued to be the popular name for a long time, however.”

That 1917 report also stated that the company rented the houses and apartments it had built in Morgan to employees for $4 a room.

An earlier Duluth Herald of 1915 stated: “Few Duluthians realize that a miniature city has sprung up within the city of Duluth at Morgan Park within the last year. There are now 169 buildings which will accommodate 349 families. It is reported that 100 more buildings will be constructed. In addition to a clubhouse and an office building.

“The little city will be one of the most beautiful parts of Duluth. The grounds have been laid out by an expert landscape gardener, and thousands of trees and shrubs have been planted.”

Tour leader Berg imparted many of these facts to the attendees. He also pointed out that there were 17 different styles of homes that were built in the steel plant community – from basic living units at one end to much larger homes for the executives on the other end of the planned community.

Morgan Park had its own hospital, dentist, bank, schools and churches (Protestant and Catholic – the Catholic church no longer stands, and the Catholic school is now an individual’s storage facility).

Although a cement building called the Goodfellowship Community Center still proudly stands in park near “downtown” Morgan Park, Berg said it’s a mere shadow of the original center, which had a bowling alley (his first job was as a pin setter there), swimming pool, gym with running track and handball court, all of which was donated by J.P. Morgan.

Hmmm, I was just getting started on this story when I realized I’d run out of space. But I am going to tell more about not only Morgan Park but the planned industrial communities of Gary, New Duluth and Carnegie, Wis., right across the St. Louis River. 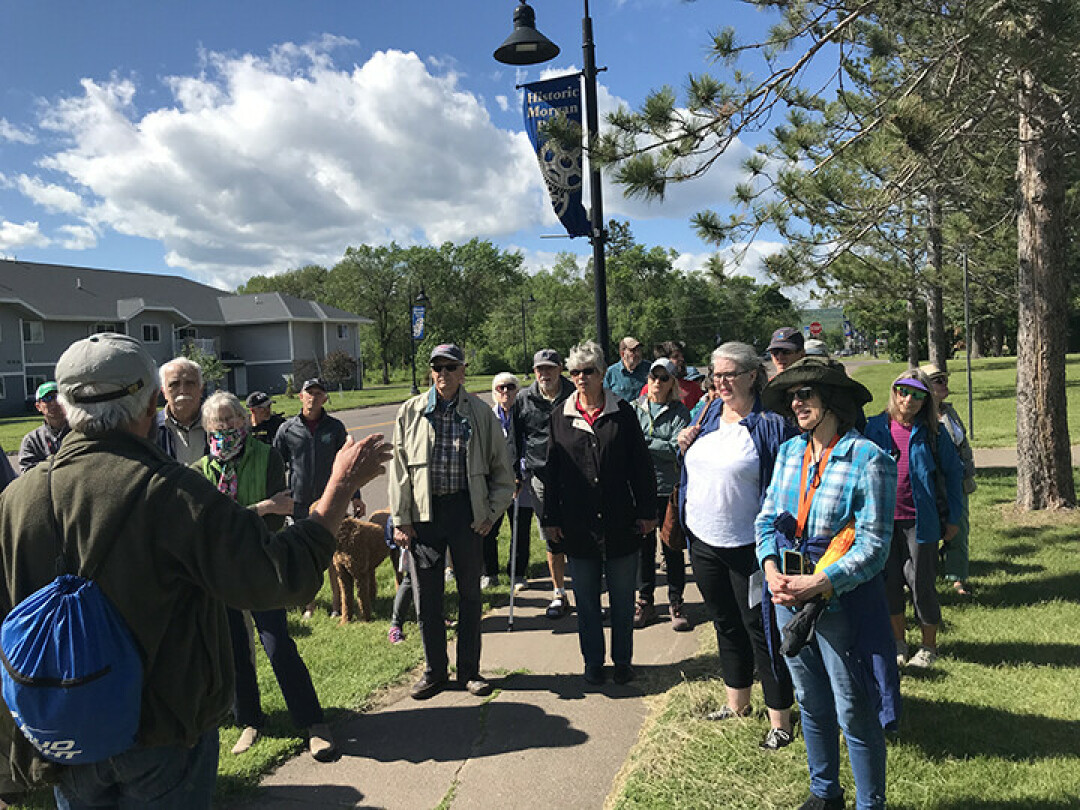