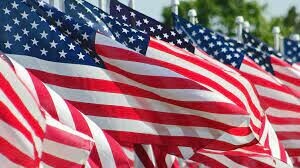 There is an old cynical joke that asks, “How do you know a politician is lying?” The answer is “his lips are moving.”

Spinning the truth, cherry-picking the facts, promoting inaccurate or misleading information is a common political tactic. It is how you “sell” any product in our consumer economy including a political candidate or party agenda.

Today the blatant lying goes way beyond manipulating the facts. Lying has become the defining feature of our politics with no consequences for being dishonest.

Lying is also how our government sells wars. We have been lied to about the reasons for starting wars. The alleged dire threats to our safety, “national security” or “freedom” are false.

We have been lied to about the alleged progress toward winning wars. There is always “light at the end of the tunnel” and we just need one more “surge” to achieve victory.

We have been lied to about the alleged results of not continuing conflicts even after it was obvious the war was a mistake. The “dominoes” are going to fall if we don’t “stay the course.” America will lose “credibility” and respect as “leader of the free world.”

On patriotic holidays, like the recent Memorial Day, we are inundated with more lies from politicians, community leaders and the media supposedly to “honor” the sacrifice of the “troops” who paid the price for all the unnecessary wars. But like the “thoughts and prayers” after every mass school shooting, the patriotic rhetoric rings hollow when one considers the real reasons for the wars, the actual treatment of combat veterans, or the lack of caring by most of the population.

We also lie to ourselves when we uncritically accept the propaganda fed to us by the politicians, the media and corporate overlords. We are so conditioned to accept the patriotic platitudes that we don’t even realize we are being lied to.

The truth is the hard work of actually making our society more free, just and safe has been done by social, economic and political activists – not soldiers and wars. It was liberal activists who created, expanded and defended our civil and political rights. These battles were fought in the courts, legislatures and streets – not on foreign battlefields.

Communism was not a threat to America and the “loss” of Vietnam did not result in its spread across Southeast Asia. Today we get along fine with communist Vietnam and corporate America exploits their sweatshop labor for higher profits. We were lied to, folks.

If we really cared about the “freedom” that veterans allegedly fought for, we would have a much more just, fair and democratic society. Voting rights would be assured. Racism, inequality, poverty and hate would not be tolerated. Everyone would enjoy clean, safe, decent communities in which to live.

If we really cared about veterans there would be no homelessness or unemployment for our “heroes.” Too often veterans have been denied the benefits and rights they have earned. Veterans should have good jobs, affordable housing, affordable education, health care, child care and good public schools. Everyone should have these necessary features of a modern society.

If we really cared about the “troops” we would not be so quick to start wars. We would not get into unnecessary, no win quagmires like Vietnam, Iraq and Afghanistan.

The real purpose of wars is not to defend the country, freedom or to keep us safe. It is to make money for the weapons manufacturers. Eulogizing veterans on patriotic holidays is part of the sales pitch to justify war and keep the money flowing to the defense industries. We only lie to ourselves when we buy into, and repeat, these false narratives about veterans and why we fight wars.

Rather than protecting freedom, the wars in Vietnam, Iraq and Afghanistan have increased executive power and weakened our civil liberties. These undeclared wars increased electronic surveillance, searches without probable cause, inaccurate no-fly lists and abuse of our privacy. Torture, detention without charges and targeted assassination are now openly done by our government. Endless war does not make us safer or more free.

The violence of war also comes home from the battlefield. This can be seen in the higher rates of domestic violence in military families. Veterans now suffer more deaths from suicide than combat.

Racism and other domestic violence are fueled by war. Kathleen Belew, University of Chicago history professor and author of Bring the War Home: The White Power Movement and Paramilitary America, has documented “a connection between violence and the aftermath of war. Post war periods correspond to white power increases.”

No wonder young men get the idea that guns – especially assault rifles – make you a real man. The myth of the “good guy with a gun” or the military “hero” can easily become his reality. Violence becomes normalized and the answer to all the “others” who are “replacing” him on the economic ladder.

In a truly free society no one should need a gun. But we are a country with more guns than people and with daily mass shootings. Ironically on military bases no one is allowed to carry a loaded gun (except military police). So why do we tolerate it in our own communities?

Endless war has numbed our compassion and normalized violence for all of us. We are not shocked by the “collateral damage” of drone strikes on civilians. We accept without question spending half our national disposable tax income on killing others. It is simply the “cost of freedom.”

When will we every learn?