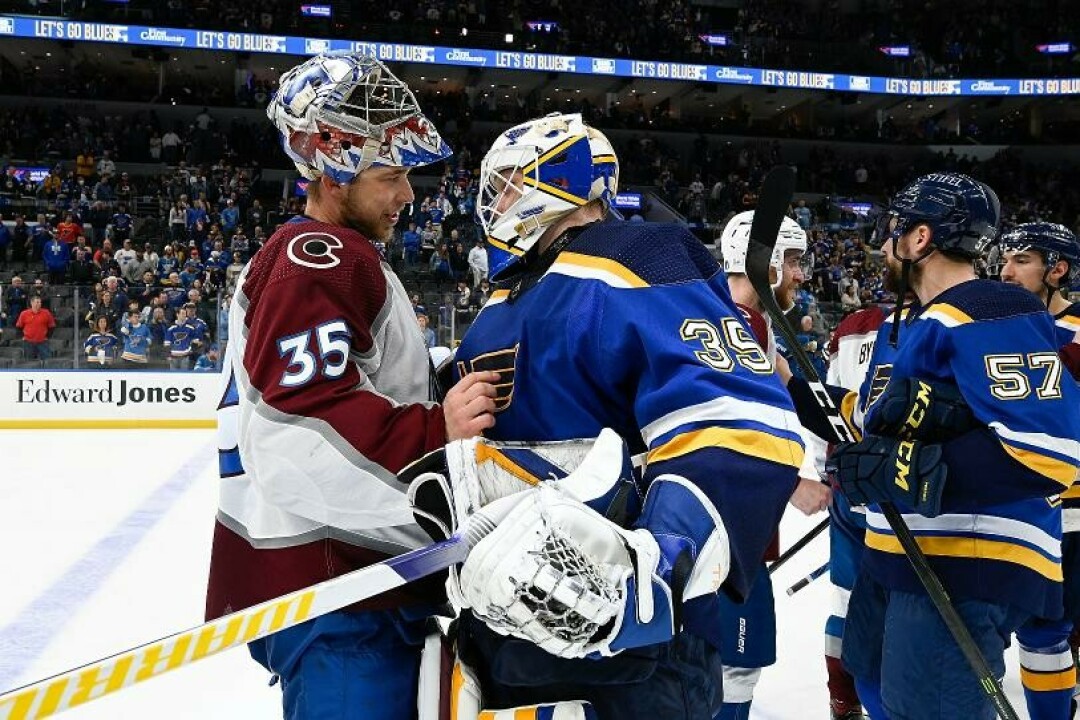 FOREST CENTER – The NHL Stanley Cup tournament continues forward and the competition this past week has been over the top. In the divisional semifinals there has been no shortage of excitement or drama.

TBL vs. FLA, the two-time defending champs seemingly had their hands full in the opening round, going to seven games against the Toronto Maple Leafs before finally prevailing in a G7 thriller. The Lightning had to win G6 to stay alive and then went into Toronto to take a 2-1 decision in G7.

Then, to my surprise the Bolts swept the best regular-season team in the league four games to none.

There were a couple of close games in the series, but the FLA Panthers had nothing when it got down to brass tacks. And in G4, when it mattered the most, the best goalie in the world, Andrei Vasilevsky, pitched a shutout (2-0) and it was over.

This has given the Bolts a much-needed eight-day rest & recovery break before going up against the winner of the NYR-CAR series, which will have a seven heaven tomorrow night in Raleigh. And entering this series and the remainder of the playoff with a break of this length, it’s hard for me to say that the Bolts won’t three-peat. It’s all in their hands now.

NYR vs. CAR, as I write this evening we are 24 hours away from another seven heaven. Oddly enough, neither club has won in the other’s building as of yet. In fact, the Hurricanes have yet to win a road game in the tourney.

It is also a challenge to think they’ve gotten this far with a PP sputtering along with a 12% success rate.

There were only two other teams in the tourney with worse numbers than the Canes – DAL and FLA.

The Cats had a league-worst 3.6% PP in the playoff. In a way that doesn’t surprise me with former WILD player and assistant coach Andrew Brunette at the helm in FLA. In his time as an assistant with the WILD, he was in charge of the PP and it was not good in any way, shape or form.

I opined about a week back that I felt the Rangers would win in Raleigh before the Canes won in NY. And right now I think the Rangers are in a better position to win this G7 than the Canes are. The Lightning will face tomorrow night’s winner in the Eastern Conference Final. No matter who wins is in for a rude awakening against the Bolts.

EDM vs. CGY, this series was a surprise but then again, it wasn’t. CGY had a vital 9-6 win in G1 but the Oilers found out they could score on the Flames almost at will. The Flames also took the lead in G2, but then the Oilers kicked into another gear and the series was over after that. The Flames were eliminated four games to one.

Connor McDavid has finally emerged as the player I’ve been waiting a long time to see. I never said that he wasn’t the most skilled player in the game right now, but I did argue that he wasn’t the “best” hockey player. (I believe there is a difference) I argued that because he hadn’t won anything at the pro level. He is on the verge of doing that right now.

He is tied for the tournament’s scoring lead with his teammate Leon Draisaitl at 7G/19A/26 points.
For comparison, the next closest player has 16 points and has played one more game. And the OT winner that McDavid scored in G5 to end the series was highlight reel all the way.

Head Coach Jay Woodcroft has placed Evander Kane on the Mc-David/Draisaitl line and they were unstoppable. The Flames had no answers for them and Kane is tied for 5th in playoff scoring. They are the hottest line in the tourney right now, and they will have to be because ...

STL vs. COL, in the Gateway City this Friday eve past I was getting mentally prepared to watch an OT frame. The Blues needed to win G6 to stay alive and force a G7.

But the Avs’ Darren Helm had different plans and scored on a 20-foot shot from the left circle to beat Ville Husso with 5.6 seconds left in the third period. It got so quiet in the arena you could have heard a mouse pass gas.

The puck was dropped, the clock expired and that was that. The Avs would move on to the Conference Final to face the Oilers.

This series was very contentious after the Blues and their fans worked themselves into a lather after a G3 goalmouth collision put both their goalie Jordan Binnington and playoff hopes on ice for this season. It only furthered their angst that the Avs player involved, Nazem Kadri, was already at the top of their manure list for a playoff transgression from last year.

In a performance that can only be described as one of the most clutch statement type displays I have ever seen, Kadri owned G4 and the Blues, scoring a hat trick and the win (6-3) to put the Avs up three games to one.

It took a couple of days, but after most analysts felt the play was a hockey play gone wrong and not Kadri trying to “run” their guy, the Blues players, staff and fans accepted that it wasn’t a dirty play.

That didn’t mean Kadri was off the hook for last year’s event, but the death threats and racist commentary faded after that realization took hold. I was keenly interested in observing the handshake line at the end of the game.

In true hockey fashion the players shook hands, no one ducked a handshake with Kadri, and no ill will was expressed. Some of the former “combatants” even exchanged pleasant words of congratulations.

Seeing that removed some of the disappointment in the fans’ behavior from earlier in the week.

How do I see the tourney unfolding from here? The G7 tilt between the Rangers and Canes will be epic. I feel the Blueshirts are playing slightly better, are getting better goaltending and will break the Cane’s home unbeaten playoff string.

It can’t last forever and I think the Rangers have a bit more juice at this time. Whoever wins will have a quick turnaround because the East Final will commence on Wednesday night. I do not believe it will matter though, as I see the Bolts defeating either of them to make their third Cup Final in a row.

For the Avs-Oilers matchup, both clubs will have had a few days off before this series begins on Tuesday eve. Both have some top offensive talent; both feature good defensive play with the Avs having a slight edge with more offense from their backline and the goaltending?

I’d give the Avs Darcy Kuemper the nod but he will be under siege from the Oiler’s top line. The Oiler’s Mike Smith has played better than I thought he would.

Either way I think we are on the verge of a Tampa vs. Edmonton Final. It will be huge! PEACE