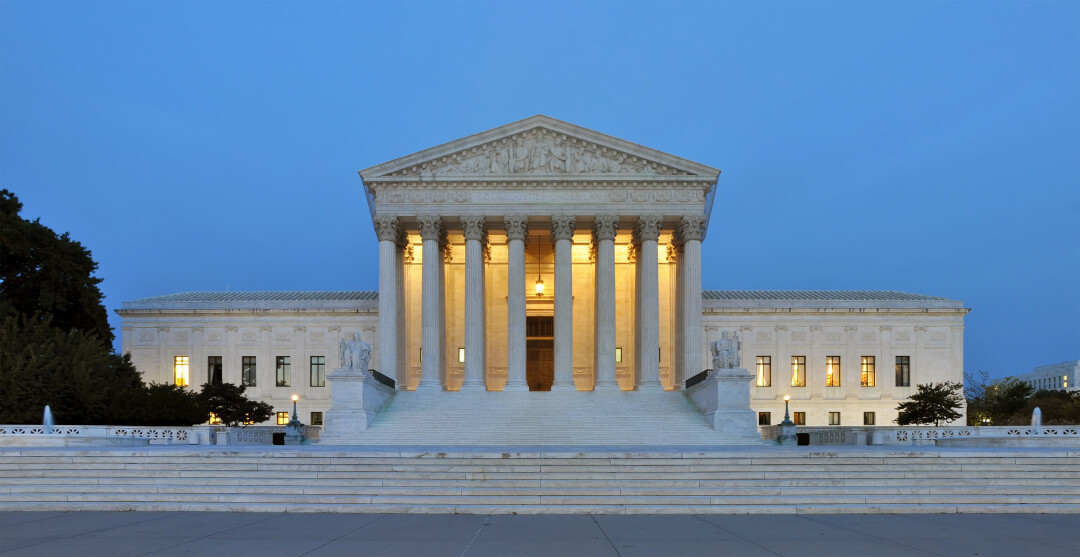 The recent big news story is the Supreme Court’s leaked draft of the upcoming decision to overturn Roe v. Wade. This should be no surprise. It has long been expected.

Obama was outrageously denied an appointment and Trump made three appointments to the Court.

These three judges were deliberately chosen for their opposition to abortion and their extreme positions on other issues. The current Supreme Court is a glaring example of a “packed” court dominated by extreme right wing ideologues. These judges are not impartial arbiters of the law.

Jim Hightower devoted the March “Hightower Lowdown” to the Supreme Court. He writes, “Today’s six-member super-majority has surrendered all claim to being an impartial moral force for blind justice. Instead...these anti-democracy zealots have incrementally been imposing on America an extremist political agenda that they could not win at the ballot box.“

He continues, “Today’s tightly knit Republican majority on the court did not come together by happenstance – and certainly not because any one of them was the brightest, most fair-minded choice in the land. All were handpicked...specifically because they could be counted on the use their lifetime appointments to make our laws accord with the GOP’s right-wing agenda...”

Hightower points out the Roberts court since 2005 has had 80 blatantly partisan rulings, often decided by a 5-4 divided court. He says the Roberts Court has sided with business interests in 70% of its rulings.

The Republican-appointed justices claim to be guided by the “original intent” of laws and to oppose “legislating from the bench.” But in practice they have frequently violated these principles to justify politically motivated and harmful decisions.

Not only are they conservative but they are dishonest. They simply lied to the Senate when they claimed in the confirmation hearings that they would respect long-established precedents, “settled law” and rule on the “merits of individual cases.”

Often they have been inconsistent in their legal reasoning in similar cases.

Mr. Cohen also destroys the myth of the “liberal courts.” He says the 16 years of the Warren Court (1954-1969) was the only time the Supreme Court has had a liberal majority. This anomaly ended when Richard Nixon was elected in 1968 and appointed four conservative justices. Later Republican Presidents have maintained the conservative majority on the Court.

Cohen writes, “For five decades, the Court has, with striking regularity, sided with the rich and powerful against the poor and the weak, in virtually every area of the law.”

Both Cohen and Hightower agree that for the 233-year history of the Supreme Court it has been a conservative, often reactionary, institution. It supported slavery, ruled in favor of Jim Crow, opposed unions, workers, minorities and consumers. It has a clear record of supporting corporate, big business interests in the past.

The conservative control of the court continues today. Cohen says this has resulted in “a systematic rewriting of society’s rules to favor those at the top and disadvantage those in the middle and at the bottom. The Supreme Court has played a critical role in building today’s America in which income inequality is the largest it has been in nearly a century.”

Overturning Roe v. Wade will be just one more callous decision that will hurt people.

What can be done now? I suspect if abortion is made illegal women will do what women have always done. They will evade the patriarchal restrictions. There are numerous ways and modern science has made it as easy as taking a pill. Abortion and birth control will continue, especially for those able to afford the added costs.

Maybe this will be a wake up call for women and they will stop voting for patriarchal politicians who would take away their rights and freedom to control their own bodies.

There are also legislative and constitutional amendment solutions. Occasionally egregious Supreme Court rulings have been overturned with legislation. Laws were changed to nullify their unjust decisions.

Numerous times Democrats have had the votes in Congress to right many of the wrongs handed down by an unjust Supreme Court. But these solutions have not occurred often enough.

Democrats have had many opportunities since 1973 to write women’s right to choose into law. One wonders why they did not do what was right when they had the chance.

This week the Senate tried (belatedly) to pass legislation making abortion legal. It failed by one vote – Democrat Joe Manchin. Are the women of West Virginia going to throw this bum out? In Wisconsin Senator Ron Johnson voted against women’s rights as well. Is he going pay an electoral price this fall?

For five decades the American people have had too few seats at the table of the Supreme Court. As a result “when fascism comes to America it will be wrapped in the flag, carrying a cross,” and the Supreme Court will declare it all legal.