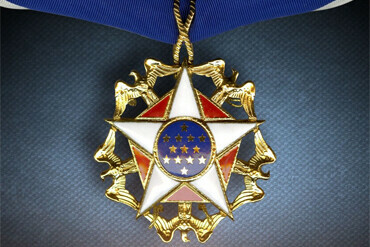 Basic question: Do we kill the mother or the fetus?

Abortion, in the simplest text, involves and confounds sex, love, hate, poverty and wealth. Billions of dollars are exchanged by various genders as they seek sex around the world.

Bangkok is aptly named. People pay thousands of dollars in air fare just to boast they had sex at high altitudes. We don’t know what happens on the International Space Station, but James Bond knows.
Some spend thousands on vinyl sex dolls so pleasure is readily available. Adult sex toys are available on the Internet 7/24 and shipped free in plain wrappers.

So much for propagating the world. Sex is demanding, pleasurable and very expensive for everybody, rich or poor. Think Harvey Weinstein, Jeffrey Epstein and Donald Trump.

But now we are forced to think about the fact that 75% who seek abortions are of low income, 50% are below the prescribed poverty level, almost 75% are women who have children and 55% are unmarried and do not live with the father.

Although it causes the poor a multitude of problems, they also seek pleasure. There are dozens of contraceptives available – male and female condoms, assorted pills, IUDs, implantable rods, spermicides, vaginal rings, diaphragms, arm patches, sponges, just to name a few – for a price too much for the poor uninsured who have to go to food banks to survive.

To put abortion in the plainest terms for pro-life or pro-choice: who are you going to kill? The pregnant or the fetus?

Remember: 90 percent of all abortions take place within the first trimester.

What is going to change if abortion is outlawed? Only the numbers of dead forced into back alleys, bloody amateur nights and the use of deadly kitchen fluids, coat hangers and other “surgical” D&C tools.

The base of the Trumplican Party has been convinced by QAnon conspirators that the Democratic Party is led by Satan-loving pedophiles trafficking sex. Trump supporter Florida Republican Rep. Matt Gaetz, under a sex trafficking charge concerning a teenager and state lines, said this about women at the 2022 Conservative Political Action Conference in Orlando: “How many women are rallying against Roe v. Wade are over-educated, under loved millennials who sadly return from protests to a lonely microwave dinner with their cats, and no bumble matches?”

The Grand Old Party, now assuming the name of Gynecology Oversight Party, has been trying to limit the rights of women for many years, not for moral or religious reasons, but for political power to maintain minority white supremacy.

Republicans should realize by now that free markets do not give a damn about children. Free markets have only two interests: profits and low taxes.

What free marketers have ever supported Head Start, SNAP or Women and Infants Nutrition programs (WIC)?

After all, with the science of genetics and DNA evidence, the sexual relationship would be assured. The costs would include all medical, living and education costs. In addition, the child should have a full share of the father’s estate upon his death. (Surely, I jest!)

A woman who is forced, or agrees, or desires to have a child, should continue her education plans and deserves dignity, affordable housing, workplace protections, prenatal, postnatal and medical care, medical leave and the advantages of a caring and supporting community. (My God, I must be kidding!)

There’s nothing about abortion, DNA, uranium or women in the Constitution

A Presidential Medal of Freedom should be presented to the Roe draft leaker for arousing women from a Rip-Van-Winkle sleep of 50 years in time to save the right of abortion and other rights for 334 million Homo sapiens in the Divided States of America.

Justice Samuel Alito is not the brightest bulb in the Supreme Court chandelier.

George W., a man who knew too little, appointed a man who has proven over the years to love corporations and hate workers and the unions that maintain a strong middle class. He says he failed to discover the word “abortion” in the Constitution that only has 4,000 words. It was battled over by 55 White men, most of them wealthy slavers. Even good old Ben Franklin owned a slave.

When Thomas Jefferson wrote “all men are created equal” he meant it. Women were not, and evidently are still not, judged to be equal by Trumplicans.

If there is something in the original document about women, please let all the “originalists” on the Court know. There’s nothing in it about women. No women were delegates to the Constitutional Convention. Out of the hundreds of legislators in the colonies who ratified it, none were women.

No woman could make judgments about men. There were no women legislators. Women could not vote, hold office or even run for office. Legally, most women did not exist as real persons. “We the people” really meant “We the men.”

In 235 years, language often changes meanings. The word “cool” is an example. To make the whole gun problem into today’s insanity, the word “militia” now translates to more than 250 militias, some recently engaged in an insurrection.

Does a musket firing one round a minute mean the same as our control of machine guns firing 700 rounds a minute?

If we are going to use the original Constitution as law, we have to bury the original in thousands of amendments. Who should decide the aborting a fetus – politicians or mothers? That’s an easy answer.

The constitution shouldn’t have anything to do about it. Asking politicians to make the most personal decision faced by man or woman is not defensible, it’s ludicrous. Who best knows the conditions? The woman, of course.

James Madison really worried about making all women persons instead of dark shadows.

Humans evolve as well as language. Now we have men who are involuntary celibates called “Incels” in a Secret Service report. They are another threat to women because they kill them if they can’t establish intimate relationships, including sexual, with women. Incels believe that women have societal power over men. They usually exhibit inappropriate and criminal behavior when confronting women.

If a baby is conscious at conception, we’ll need another million lawyers

I think it’s important to state here that Gallup and PEW polls for the last 20 years have indicated Roman Catholic women have used contraceptives and have had abortions at the same rate as all American women. The good old boys in the Vatican and in the U.S. Conference of Catholic Bishops have never publicly accepted these critical facts. They dance in their long skirts and hats around them.

Now we hear the cries of pro-lifers citing life begins at conception. True. But it’s an unconscious life for the fetus. It becomes a conscious life when the baby cries after leaving the birth canal.

At that point, now a real baby, it can finally live without the mother. It might be viable after spending 24 weeks, or even 22 weeks, on the umbilical cord, but babies slightly more than a pound are still in dangerous territory.

Remember: only 80% of pregnancies in the best conditions end in a live birth. Twenty to 50 percent end in miscarriages. Just imagine the number of lawyers checking toilet bowls and pink sheets for miscarriage evidence in legal cases.

Who will live? Mama or the red spots? Babies still have organ defects, or are the victim of dozens of syndromes. Until we have baby hatcheries using decanters as described in Aldous Huxley’s Brave New World, will women be free to use 100% effective contraceptives for sexual pleasure instead of pregnancy pain for the responsibility of supplying bodies for civil and economic wars.

The largest religious group in the Divided States bar none is made up of Roman Catholics fed up with trying to live in the 13th century Inquisitions instead of the science-based 21st century.

Corky and I are early members. The Vatican has known squat about sex for 2,000 years and has never asked women, often a willing participant, to explain it to them. Abortion has been around for thousands of years because humans love sex.

Our close evolutionary friends, the chimps and bonobos, use sex to maintain pleasure with each other – and to settle deep arguments. So should Homo sapiens. Big deal. Is sex that complicated?
So the Vatican, in trying to keep priests from accumulating property and leaving it to families, decreed the ordained should be celibate about a thousand years ago. Because only a tiny minority of priests would be asexual, the church has had a sexual abuse problem for centuries.

Finally exposed in the 20th century, the Vatican has spent $4 billion paying off the sex victims of 6,800 priests, bishops, and cardinals. Facing sex abuse charges now made by more than another 5,000 victims, it is expected the Vatican will blow another $4 billion on the lack of celibacy and excess of natural testosterone among its leaders.

We have been involved in a civil war for 400 years

Trumplicans in 2022 represent the rich, straight minority as they did back in 1619 when 20 black slaves were sold on our shores. Later, Thomas Jefferson owned more than 600 slaves in his lifetime, allowing him to live the life of a king while being a rapist of Sally. George Washington was the richest man in Virginia because of Martha’s slaves.

We have huge animal factory farms today. Many cotton plantations in the 18th and 19th centuries made more money breeding Black slave babies as they did forcing the mothers to pick cotton which made Jackson, Mississippi, the address of more millionaires than New York’s Wall Street.

This “democracy” as it’s been called, will not survive the fact that the political party of the poor and middle class representing 41 million more people than the Trumplicans in the Senate because of an antiquated constitution written to keep Whites in power, will not be able to create a democracy that represents everybody.

If you want to believe the Big Guy in the Sky made sex so pleasurable for both sexes and childbirth so painful for the woman because she listened to a snake in the Garden of Eden, that’s your personal business.

If you think sex is sinful unless you’re married, that’s your personal business. But your business is not in the mainstream.

After centuries of legal and illegal abortions, nullifying Roe will not stop abortions. It will only increase the mess created by tired old grey men without the advice and counsel of women.

My philosopher William Shakespeare discreetly described sexual intercourse as “making the beast with two backs.” He stole it from a hit Rabelais play written in 1532: “In the vigour of his age he married Gargamelle, a jolly pug, and well-mouthed wench. These two did oftentimes do the two-backed beast together, joyfully rubbing and frotting their bacon against one another.”

Everybody loves bacon and is not going stop, even if the Supreme Court tells them to.