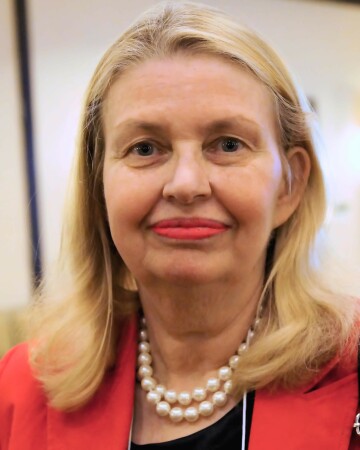 Last week I talked about education issues and the recent flaps about teaching accurate history or science, “parental rights,” book banning and related stupidity, This article is a composite of two articles from December 2016, dealing with similar problems with ignorance in our society. The message from six years age is still relevant.

“The good thing about science is that it’s true whether or not you believe in it.” Neil DeGrasse Tyson, astrophysicist

Our modern world is the result of a long history of scientific achievement. Our homes, workplaces and communities are filled with technology created by scientific advances. We live longer, eat better, survive diseases and have more comfortable lives because of science.

Yet despite the fact that every aspect of our lives is affected by it, most of us are largely ignorant of science.

Survey after survey shows many Americans are ignorant of many subjects. Many people can’t find Iraq or Afghanistan on a map. They don’t understand basic provisions of their health insurance. They can’t identify the three branches of the federal government. More than a third are unable to list any of the First Amendment rights.

When it comes to science 25% don’t answer correctly that the earth revolves around the sun. About 42% of Americans believe God created human beings in their present form less than 10,000 years ago.

This can be problematic in a modern high-tech society. We need to deal with everything from misleading advertising to understanding climate change. We face decisions about medical treatment, immunization of our children, genetically modified food, product safety and many similar issues.

Science literacy isn’t just remembering facts. It’s having enough knowledge and understanding of science to think critically about science related issues. It’s about being able to distinguish science from pseudo-science (and “medieval beliefs”).

In addition, too many of us reject the factual findings of science because they do not fit easily with our fantasies or religious dogmas. We would rather believe the science fiction than the science.

Author and biochemist Issac Asimov said we are “...nurtured by the false notion that democracy means that my ignorance is just as good as your knowledge.”

Simon and Garfield said it well in a song lyric, “Still, a man hears what he wants to hear and disregards the rest.”

Whether we believe it or not, we will reap what we have collectively sown. Scientific ignorance in a high-tech world bodes ill for our future.

“Every shortcoming of American governance is related in some fashion to the knowledge deficit of the public...” Susan Jacoby, author of The Age of American Unreason

Americans have a long tradition of anti-intellectualism. In today’s politics this is expressed as denial of facts and scientific research in favor of opinion, self-righteousness and prideful ignorance. We seem to be unable to distinguish documented knowledge from unsubstantiated opinion.

Unfortunately for our public affairs, as Susan Jacoby says, our elected officials “suffer from the same intellectual blind spots as their constituents.”

The complete control of the federal government by radical conservatives (Trump’s election) does not bode well for science, public education or fact-based public policy. We can expect cuts to scientific research (except military related research). Work on climate change, clean energy and pollution control will be targeted. We can expect reduced funding for public education and increased support for private, charter and religious schools.

Divisive issues not related to quality education, like prayer in schools and the pledge of allegiance, will be pushed. There will be no help with the high cost of post-secondary education or the student loan crisis. We may see cuts to medical research, public health programs and disease control agencies.

As a nation we talk big about the importance of education. But in practice education, knowledge and competence at anything (other than sports) takes a back seat to the popular commercial culture.

Education is only valued as a means to a good-paying job (even though many occupations requiring education, like teachers, are not paid well). Some highly educated occupations (doctors and lawyers) do get paid well, but the serious money is made in other ways.

Ball players, celebrities, stock speculators, hedge fund managers and real estate brokers are examples.
Education is not the path to success in these occupations, although people in these occupations may have degrees. The seriously wealthy often gained wealth the old-fashioned way – they had the right parents.

The school choice movement claims to be advocating for better schools for everyone, especially poor families and inner city minorities. But the movement is largely the result of desegregation of public schools.

We have always had private and religious schools, but their numbers increased after segregation was outlawed. This growth was fueled by white flight from integrated schools and by religious flight from the teaching of evolution.

For many years parents had to pay for private schooling. The school choice movement is about requiring the public to pay for these private choices. A school choice agenda is not the answer to our public schools many problems.

Ignorance and faith-based public policy can only lead to disaster for the economy and future of our country. We cannot ignore the issues of climate change, pollution, water shortages, destruction of the oceans, nuclear waste and 80,000 untested chemicals in our lives to mention a few pressing problems.

Nor can we expect advances in medicine, green energy, technology, and future economic well being if we cut science and science education. We can’t continue ignoring the warnings of science.

We can’t afford scientific illiteracy in a 21st century world. Nor can we afford political leadership with the “same intellectual blind spots as their constituents.”