The state holds it collective breath 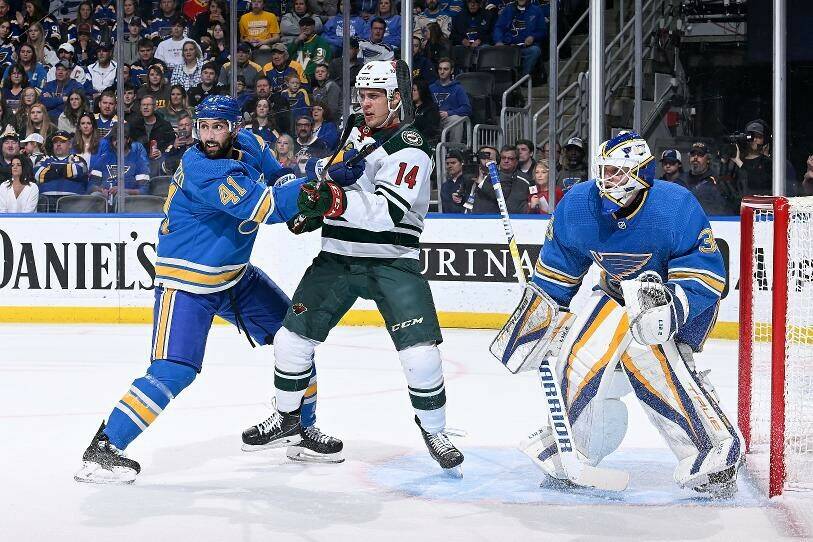 Carlton Peak – It is Stanley Cup eve. I’m not pacing the floor yet, waiting for the Minnesota WILD’s Game One but I have been able to think of little else during the weekend.

The last couple of weeks of the regular season have also had their own mini-drama. The WILD has been locked in a Central Division battle for playoff home ice with their longtime nemesis the St. Louis Blues.

That challenge had a happy ending for the WILD on Friday night when they beat another rival, the Colorado Avalanche 4-1 in St. Paul to earn the home ice positioning.

Later that evening the Blues would lose (7-4) their finale of the year in St. Louis to the Vegas Golden Knights.

For the third time since their inception the WILD will meet the Blues in the tournament. The rivalry stands at a series each.

This series isn’t a “rubber match” of any sort. It’s almost a given these two clubs will meet again in a playoff in the not too distant future. And by the time you read this Games One & Two will have already been played in St. Paul.

Since each game will hold its own story in hockey history it is worth examining some thoughts from around the hockey world before the tournament starts.

One thing I’ve discovered throughout the season is there are no “in-betweeners” when it comes to the WILD. You either believe in them or you don’t.

And I’ve seen and heard from both factions during the season. In fact, one leading hockey publication states there is a 75% probability the WILD will win this series.

In a quick check on 16 different hockey media people they had it at nine who believed the WILD advance, with seven taking STL.

I feel this is one of those Cup years where out of the 16 teams at least 12 of them can make a case for winning it.

At this point every team has been dissected from last October until now. Each club’s strengths and weaknesses are well known.

The consensus for the WILD is that they have one of the top goalie tandems in the NHL right now. Cam Talbot and Marc Andre’ Fleury have flourished as a duo with the team enjoying a 17-5 record since trade deadline day.

The forward’s group has an excellent blend of talent that features six players with top-tier offensive talent. One of those players is a top six in the world forward.

On the backend the sum of their parts is the beauty of the group. There is one under-the-radar superstar in my book that could significantly impact this series. Jonas Brodin is a superb player defensively and has had a career year on offense.

A consistent knock on the WILD is with its special teams. For most of the season the Penalty Kill has ranked near the bottom of the league and the Power Play settled in the middle and never really moved up.

Teams like that usually find the playoffs to be pretty challenging. When this group is revved up and plays as close to error-free hockey as they can, I like their chances.

The Blues have had a recent run of success versus the Wild. They are 12-2 in the past 14 games against them. As they say just throw it out at playoff time. It’s a whole new day.

It’s easy to figure out the WILD will have to make sure they don’t let STL make this into a special teams series. Because if they do the trends don’t favor them.

If the WILD can make this a five-on-five series they win. I have little doubt.

Here are my 2022 Stanley Cup Brackets:
In the EAST; (home teams listed second, then Vegas odds)
WAS vs. FLA odds/-300 FLA I will take the Panthers over the Capitals in five games. The CAPS faded late and the Cats are on a mission. They are good too.
TBL vs. TOR odds/-120 TOR I’ll take the Maple Leafs over the two-time defending Champion Lightning in six games. Repeating is epic but three peating is impossible.
BOS vs. CAR odds/-115 CAR The Bruins could win this series but I believe the force is with the Canes here. They can hit you with everything. I’m taking the Canes here in six.
PIT vs. NYR odds/-105 NYR. This tourney could be the last hurrah for this Pens group that we have known for years. They are Champions. But not this year. NYR in six.
In the WEST:
DAL vs. CGY odds/-260 CGY. There is an excellent chance I could be wrong but I am getting a strong vibe for DAL here. Stars in six.
LAK vs. EDM odds/-250 EDM. Who are the Oilers? The team we saw before they released Coach Dave Tippett or the all-new Jay Woodcroft’s team? Oil in seven?
NSH vs. COL odds -475 COL. The Avs are a heavy favorite here and this isn’t a good matchup for the Preds. COL in five.
STL vs. MIN odds -150 MIN. I’ve thought this one over, under, around and through. The oddsmakers believe this series will be the tightest matchup for the first round in the WEST. They are right. I see the WILD making it through in six games.
For my second round EAST:
TOR vs. FLA I’ll take FLA in a six-game series.
NYR vs. CAR Give me the NYR in seven.
For my second round WEST:
EDM vs. DAL Oil advance in six.
MIN vs. COL WILD go to SC Final in six.
EAST Conference Final:
NYR vs. FLA Cats win in six games.
WEST Conference Final:
EDM vs. MIN WILD earn first Cup Final in six games.
STANLEY CUP FINAL:
MIN vs. FLA WILD win their first CUP in franchise history in seven.

I went complete “Homer” there. I had to!

This bracket is just for fun and entertainment right? So why not?

I have a feeling about this team right now that I have not had in any previous playoff year before. This team is good. Real good.

When they are at their peak game they are as good or better than any top-tier club in the league. And I haven’t always felt that way about this team. That includes this season just completed.

The tournament is a whole new season though and you can forget about that. What’s important now is how you have built your game within the past three to four weeks. The website statmuse says that based on win pct, the best three teams in the league were EDM, MIN, and STL in April.

That is what you want to see as you prepare for the playoffs. I’m ready. I have food and beverage. I have Pepto. LET’S GO WILD!