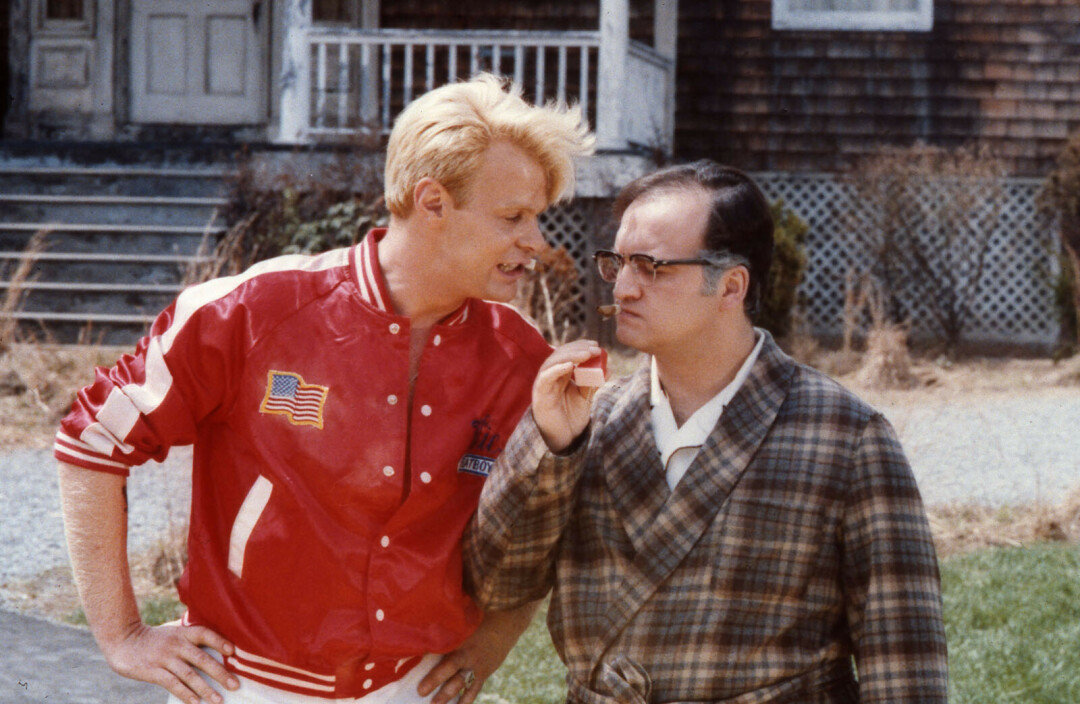 When I was growing up on 22nd Street, we were on the outskirts of Cloquet. Our neighbor across the street, Hughy Mullen, had a cow.

My father raised chickens, and once had a pig that was always escaping, and my mother had to chase him around the neighborhood until she told my father to do something about it, because she was too tired out.

Most of the neighbors on the block were related to me. The Mullens lived across the street. My uncle Carl married Fern Mullen, so they were kind of our in-laws.

Up the street on the Scanlon side was Len Voikofski. In the summer when it was nice outside, he would play his accordion to serenade the neighborhood.

Across the street, Les Clemens would pull out his electric guitar and accompany him. I think everyone enjoyed that.

Across the street and up a couple doors from Len were the Daigles. I didn’t get to know Don until I started at the paper mill, and I never got to know Steve, but we often played war with Teddy. Teddy had an amazing collection of guns which we used in our war games (I think he sometimes used real ammo,) and knives, which he mostly used throwing them at their garage, despite his mother’s pleas to stop it.

At the corner of Selmser and 22nd was Skutevic’s grocery store – their son Art was my best friend all the way through high school. Next door to them for a while lived another classmate, Jack Kortie. His father was part owner with his brothers at Kortie’s Hardware.

Farther down 22nd lived the Halverson’s. Roland Halverson was a little older than me, and my little cocker spaniel named Jigger would visit Mrs Halverson every day to get her scraps.

For a while, Harry Newby lived on that part of the street, so I got to know Butch Newby while they were there. Across the street were the Gotzhes, who owned the Mom and Pop grocery before the Skutevics came to town. Mrs Gotzh and Bessie Golen, who lived across from my grandmother were members of my mother’s knitting club.

Farther down lived Kenny Basset, who was a year younger than me. His father was a foreman for the city crew. We hung out after high school.

On the corner across from Skutevics lived Ivar Wagtskjold, whose two sons were about my father’s age. Us kids would use Ivar’s front yard as our playground on weekends. Ivar either didn’t hear us, or he didn’t care.

Art Caza lived across from Wagtskjolds. His daughter Jean was a little older than me.

Going West on Selmser was Henry Mattson. His daughter Delores was a year older than me, and a beautiful girl. We were in the same confirmation class.

Farther East on Selmser would get you to Paarni’s, whose sons, Kye and Deb, were a little older than me. The Mitchels lived there, Bob and Wally up a long drive, and Punky next to the street. Bob and I bucked each other up on the first day of kindergarten, when every one else was crying.

Punky was a wild man on his motorcycle, and I was told he had spent time in reform school. He was always friendly to me. His mother was a friend of my mother’s, and they used to visit back and forth.

Across the street from them was Eugene Kahn, who would later be known as the “Turquoise Cowboy” for all his turquoise jewelry. His younger sister Marcie was one of those Bossy Women I talked about in an earlier column.

Behind Skutevic’s Store was Harold Tario. I got to know him better at the paper mill too, where he told me that my son Dell had walked into their house while they were eating supper. Harold had three daughters by then. I would have thought Dell was a little young for that, but one never knows.

When I bought my first house, we lived next to Glenn Erickson, his wife Alice and her sister Doris Phipps. They were friends of my family’s, so we needed no introduction. Doris was a teller at the National Bank. Glenn was a super guy.

When our son Joel was about four, he went next door and asked Alice if Glenn could come out and play. Of course he could. It was only later that I found that Glenn would let him steer the car down the hill on their way to Rudy’s Restaurant.

On the other side was Mrs. Meisner, a widow who lived with her youngest daughter. Her older daughter was a classmate of mine, and I worked with her son Don at the paper mill.

Next door was Ernie Richards, a friend from the National Guards. Next, Herb Johnson, who did some remodeling work for me. Herb was a fire chief and was on the city council. He became my mentor and friend.

Dorothy Armstrong lived next to Herb. She was a wonderful woman, and worked with Doris at the bank. Across from her were Lucille and Paul Nordman. I knew Lucille from school. and Paul’s sister was a classmate. We spent a lot of time at their cabin.

We bought the house at the other end of the block in 2000. I spent a few months remodeling and we moved there in the spring of 2001. Herb was still around, but Paul Norman had died, and Lucille moved away.

Across the street from out new house, Bob Liupakka’s widow Arlene and his son Jerry died and the new owners completely gutted the house and modernized it, selling it to a young couple whom I have not met.

We knew the woman who lived behind us at first, but the house now is occupied by a man my son’s age whom I have never met.

Across Selmser from me is a family that was written up in the local newspaper as admirable people, because they had put up a Book Barn, where people could pick out books or drop some off for anyone to read. They also grow vegetables in their yard, and have a Kitchen Cabinet out by the road with nonperishable food in it. I have seen people using both these free services, so they are serving their purpose.

They have a teenage girl and boy. I rarely see the boy, but the girl has waved to me when she saw me in the yard. I can’t say the same about her parents, who try to avoid me at all costs – I have no clue why. Her father thinks my sumac is poisonous. I told him it is not, but I don’t think he believes me.

He bought a couple old trucks to work on, and with his other three or four vehicles, he had to park a couple on his lawn. His wife was out in the yard one day, and I told her he could park a couple of his vehicles in my back driveway, which I don’t use since I sold my truck. She gave me a frightened little smile and ran into the house. I’m not sure what she thought I was going to do.

The house on my South side is a rental. The back porch light was a floodlight, and through six tenants and 20 years it was never turned off.

I had a telescope when I came there, but I sold it. There was no hope of seeing anything with all that light.

The last family had a bunch of kids, who would wave to me. I had fenced in that side so I could let the dogs out when I was on the deck.

I went down by the fence, and to my surprise, the kids rushed to the fence wanting to talk about my dogs.

It was the early days of the pandemic and I had been told I was a dead man if I caught it. I hadn’t had a visitor in about a year, but they were having visitors almost every weekend.

I didn’t want to scare the kids, so I just kind of eased back while we were talking.

Their mother came out wringing her hands. I didn’t realize that she thought I was infecting her kids. She was a good mother, but apparently she didn’t read or watch television.

From then on, I was the awful old man who tried to infect her family. She told her kids to have nothing to do with me, so they stopped waving to me.

As they say, you can’t fix stupid.