Some hockey biz and WILD update 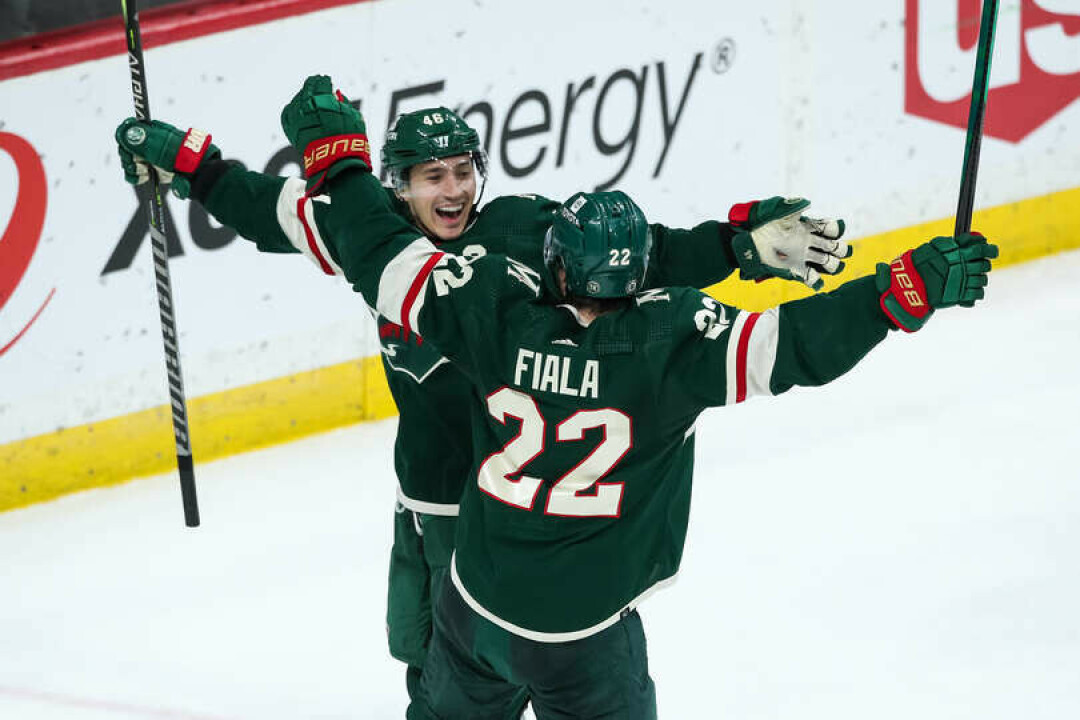 ELY – After the findings of the NHL’s Chicago BlackHawks independent study regarding the Kyle Beach sexual assault incident were released last fall, the team and the league had some housecleaning to do.

A few Hawks execs were relieved of their duties. The Hawks’ Head Coach at the time of the incident was asked to step away from his duties that were now being performed for another team. He did and it was the right thing to do. And he did have some culpability relative to what had occurred. He knew what had happened but desired for the issue to be shelved at least until the team’s Cup run was over one way or another. So it was.

But when the team’s run ended successfully, no one on the team went back and took it off the shelf and did anything about it.

After the investigation was released, all individuals that had something to do with this heinous act or knew about it and looked the other way were no longer employed in hockey. That is, perhaps all but one.

There was information revealed that the NHLPA and its head, Donald Fehr, had reports on Hawk employee Brad Aldrich, the perpetrator, about what took place but chose not to proceed any further with the info known at the time. The issue got some further attention.

With all parties involved wanting to achieve full justice for the victims and get on to a clean slate, another independent study was initiated to investigate the PA and Fehr. The study results came out last Friday and stated that it didn’t find any negligence or wrongdoing on Fehr’s part nor did it find any systemic failures on behalf of the PA.

Honestly, without belaboring the entire report or its contents I couldn’t tell you. I haven’t studied the matter that in-depth to reach any conclusion of that magnitude. I have read hockey media that feels the report is probably correct based on the info they had to work with. And I’ve seen some articles that believe the report is incorrect and a failure. And I have come across one that believes whatever the actual veracity of the report is, Fehr should be using this occasion to craft an exit plan for himself and phase-out of the job. That’s the article that raised my eyebrows a bit.

This particular writer appeared unhappy that Fehr and the PA weren’t found guilty of something and terminated and publicly shamed on the spot. It came across to me as if something personal was going on there, perhaps from the past.

The report didn’t state that we stud-ied all of the evidence we had and came to this conclusion, and now Fehr should set up a plan for himself to exit the PA. Based on the info examined, it said they didn’t find what some people had hoped it would find.

With quite a bit of miscommunication and misunderstanding involved it would have been hard to hold Fehr negligent and the PA guilty of mishandling or fraud.

Apparently Beach himself was interviewed by a doctor from the league’s Substance Abuse and Behavioral Health group and mapped out what happened to him in vivid detail. But then he also declined any counseling help from the group.

And this certainly isn’t the first time a person in the sports media has called for the ouster of a person deemed to have acted improperly within the scope of their duties. But this article came across to me as having something personal behind it.

Opinion of Fehr’s performance as the PA head has been a mixed bag. Some will say the players have never made more money and that things are good. In contrast, others believe that Commissioner Gary Bettman’s negotiating skills have continually outsmarted Fehr.

As far as that goes I don’t think there is another person in the game with Bettman’s smarts. He has been a master at getting the owners what they want. But I feel the good parts of Fehr’s tenure have outweighed the not-so-good.

At this time I wouldn’t be the one to campaign for his replacement, especially if you don’t have someone waiting in the wings with his experience. Leave it be and move on.

AT THE LEAGUE’S recent GM meetings the topic of salary cap circumvention was brought up. It made the agenda due to some debate among the GMs that were concerned with teams abusing the Long Term Injury List cap exemption.

Just a couple of years back the Tampa Bay Lightning used this rule to their advantage to make it to the playoffs and then compete in them at a whopping $18 mil above the cap.

But they weren’t really over it because the cap does not exist during the playoffs!

Some fans and people within the sport were rubbed the wrong way when a TBL player modeled a t-shirt during the playoffs that said “$18 million over the cap.” The debate was officially “on” after that.

The basic rule states that a team can place a player in LTIR status if they miss a certain amount of games due to injury and that players’ salary will not count against the cap at that time. At least one team has used it in reverse. It obtained contracts of injured players to get the team up to the cap floor.

After some discussion and outlining of various positions on the matter the league did precisely what I thought it would; they decided to do nothing and study it some more.

The fix for this issue is too obvious though. Just make it so teams in the playoffs must be cap compliant like they are during the season. And if a player misses an entire regular season due to injury that player is ineligible for the playoffs.

I’m just touching upon this issue because it is more complex than I have stated. But if you are entering the playoff with a $98 mil roster versus a team that respects cap compliancy at $81 mil, I think you have an advantage. It isn’t supposed to work that way.

THE MINNESOTA WILD has clinched a playoff spot. It is their ninth in the last 10 seasons and puts them atop the list of teams that have made the playoffs the most in that timeframe. For the calendar week ended tonight the team beat EDM (5-1) and DAL (3-2OT) then lost to STL (6-5OT) before beating the SJS at home tonight by a 5-4OT score.

After a quick four-day roadie the team appeared to be off its normal energy level and allowed the Sharks to not only stay in the game but lead it at one point.

For the upcoming week the team will go to MON for a one-game road trip then return home to face VAN and SEA before a huge Central division game in the Music City against NSH on Sunday night.

The club will have to continue with its intense play because now they are in a dogfight for home ice positioning with STL. The Blues have a one-point edge but the WILD has a game in hand. Stay tuned! PEACE