Anton Bruckner was in dire need of an editor 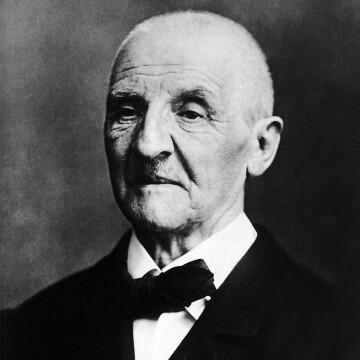 Attending the penultimate Duluth Superior Symphony Orchestra concert of the season on Saturday night, I came to two conclusions:

To me, his 4th Symphony is a series of endless resolutions without an ending, and a perfect example of why Bruckner needed an editor. I lost track of how many false resolutions Bruckner includes in this shambolic symphony. There are many of them that make you think that, finally, he has come to the end of his meanderings. But, no, he has more to follow. Interminably.

And, when it ends, where has it brought us? It is supposed to be “a paen to romantic nature,” according to the BBC Music Magazine, but I can’t help thinking of Brahm’s criticism of his contemporary, referring to his work as “symphonic boa constrictors” – they crush their prey (the audience) with bewildering and seemingly endless twists and turns.

Or as a contemporary reviewer noted in an 1886 review: “Bruckner composes like a drunkard!” He wrote much worse than that in the review, but that is exactly what the 4th sounds like – a drunkard’s disjointed nightmare, complete with hell hounds on his tail as hunting horns sound.

It’s an unsatisfying symphony that goes on and on for 70 minutes, and eventually says NOTHING. Bruckner’s meandering goes many places and, yet, arrives nowhere. It feels like 70 minutes of premature ejaculation.

In many years of concert going, I have never been more disappointed with a concert. Within 70 minutes of music, I expect something spectacular. But that does not happen here. Boring repetition and false resolution, over and over, again and again.

According to an article in The Guardian, Bruckner sounds as if he might have been on the autism spectrum, for it states that “he had a mania for counting the bricks and windows of buildings, and for counting the numbers of bars in his gargantuan orchestral scores, making sure their proportions were statistically correct.”

Yeah, that’s just crazy, not creative. The 4th resonates with that sort of crackpot, obsessive nature.
Yawn! It was the longest 70 minutes of my life.

The only redeeming factor was the DSSO’s impeccable performance.

I know the DSSO follows a format with guests performing in the first half, but the concert would have been more memorable had they done Bruckner first and left the audience on the high note it was on at the end of the first half with the dual painists Diana Shapiro and Stanislava Varshavski, who charmed the audience with a fantastic performance of Poulenc’s sparkling Concerto for Two Pianos (1932).

It was both fun to hear and fun to watch the two pianists at work on their opposing grand pianos.
The night began with a sweet and savory amuse-bouche, Fanny Mendelssohn-Hensel’s (Felix’s older sister) 11-minute Overture in C Major.

The final concert of the season is Saturday, April 30, which begins with William Dawson’s Negro Folk Symphony, and finishing with nine choral works, including Verdi’s “Anvil Chorus” from Il Travatore and “O Fortuna” from Orff’s Carmina Burana.