A WILD fan tries to get used to wins 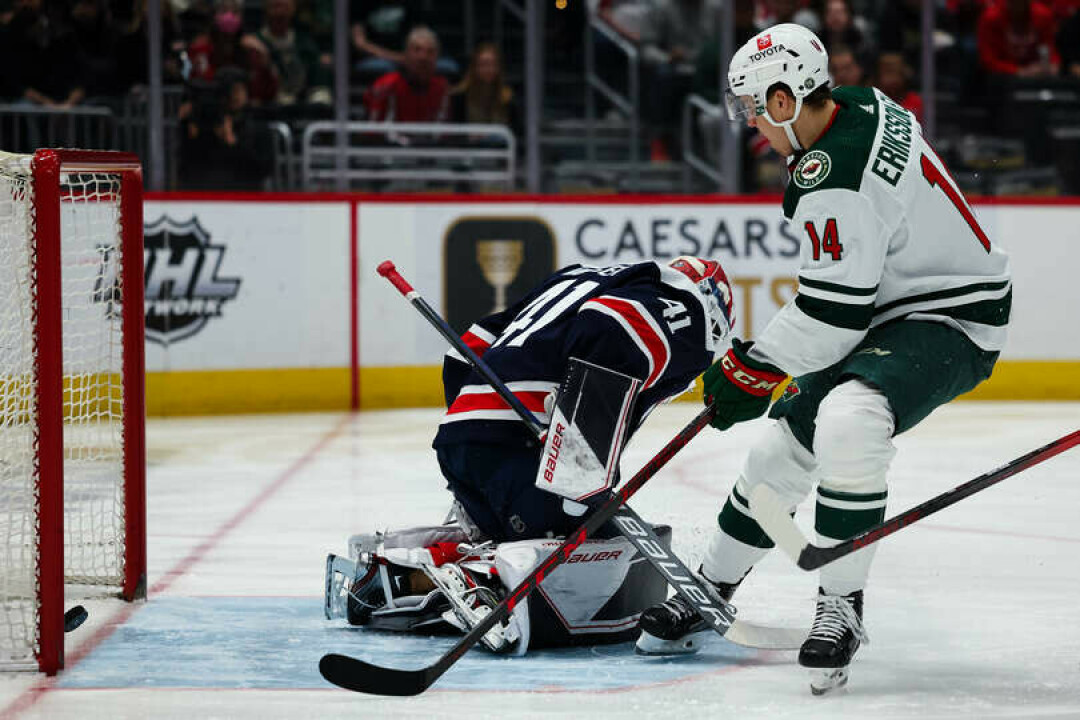 Joel Eriksson Ek scores 36 seconds into the game in a 5-1 win versus Washington.

ISABELLA – I’ll admit it. I’m a psychologically damaged Minnesota WILD fan. I don’t focus on it much. But from time to time I get some subtle little reminders about it.

For the calendar week ending this evening the club had a four-game week with the last two of them being the front end of a four-game road trip. Last night in Raleigh, N.C., the boys took on the Carolina Hurricanes and came away with a very nice 3-1 victory.

This game was 3-0 for the first 53:41 of it. And after having a seven-game win streak halted by the Pittsburgh Penguins two nights back I was apprehensive about what might happen in this game. I was pleasantly surprised.

From a point’s perspective the Canes’ are the second-best team in the East and the third-best in the league. The WILD did have a nice win over them recently in St. Paul so I knew we could skate with them.
But after years of malaise and of ever-changing expectations around this club I didn’t know what to think pregame. I should have known better.

On top of that newly acquired future HHOF goaltender Marc Andre’ Fleury was going to be in this tilt so what was I worrying about?

The WILD scored halfway through the first period and early in the second and third for the 3-0 lead. The Canes would get one back and have one disallowed, but the WILD were much the better team in this game.

So lo and behold they had the tail-end of their back-to-back games for the weekend this evening and I’m still in this pregame quandary, wondering if we can beat the so-so Washington Capitals in DC.

The answer was yes we could. The WILD was better than the Caps for just about the entire game. After scoring two in the first then one in the second period the WILD went up 4-0 30 seconds into the final frame and would go on to win 5-1.

The Caps will be the second Wildcard team in the East this year. But earlier in the season they looked like they would be much better than they have been. I’m left to wonder if the team focus is on Alexander Ovechkin so much as he pursues the league’s all-time goals record that all other ambitions have been left at the gate. As of right now I don’t see them making it through the first round of the tournament. And their goaltending will be the likely culprit for that.

Their team’s defensive structure has some holes in it right now, too, and they are running out of time to fix it.

And the dichotomy of it all is that I actually do not see Ovi breaking the record until the 2025-26 season. What will the Caps look like team-wise by that time? He could end up with as many as 22 seasons in the league and retire having won only one Stanley Cup.

On Tuesday the club dominated the PHI Flyers in a 4-1 win but dropped a 4-3 decision to the PIT Penguins in OT. The Pens game was a back-and-forth affair with both teams having some pockets of O-zone dominance. The WILD had a handful of high percentage chances go awry when they didn’t finish on them.

Considering the Pens were better in faceoffs, shots and hits the team worked pretty hard to come out with a point. Make no mistake though this was a tough game.

I still feel that WILD GM Bill Guerin had the best trade deadline day in the league. So far it has been showing through in a team that is suddenly tougher and with solidified goaltending. The team may have also made its way through a pretty tough part of the schedule mostly intact.

At this writing the team has 14 regular-season games left to play and four weeks to do it within. They will work on some fine-tuning before the playoffs begin and I’ll work on managing my expectations.

I think I’ll start by raising them a bit. This edition of the WILD looks like they are quite deserving of it.

WILD NOTES; In the game vs. CAR Kirill Kaprizov set the franchise’s all-time single-season point record when he got an assist on the first goal of the night by Mats Zuccarello. That gave him 84 total points for the season. He would also score a goal (39) later in the game to give him his 24th multiple-point game for the year which is also a franchise record.

He is now after the single-season goal record shared by Marian Gaborik and Eric Staal at 42 each.
For the upcoming week the WILD has three games. They will play @ NSH and @ STL before coming home for a tilt versus the LAK in St. Paul. I mentioned earlier it appeared the team’s schedule was a bit more manageable for the rest of the regular season. It is but that doesn’t mean it isn’t without some challenges.

In the last two weeks before the end of the regular season the team will have consecutive Thursday-Friday back-to-backs. And the second one is epic. The first two are winnable tilts against VAN and SEA.

The second pair has a meet-up with CAL on Thursday eve and ends with the COL Avs the night after. And it just might be very important for the team to do well here.

It isn’t likely the WILD will catch up with COL for the Central divisional title. They could capture 2nd place though, which would also get them home ice for at least the first round of the playoffs. And if the Avs faltered in the first round for some reason and the WILD won they would have home ice for the division final.

You never know in this tournament. You have to play it like it could happen.

Is that hard to fathom? Sure it is. So was the notion that the CBJ would oust the TBL by sweeping the Presidents Trophy winners in four games in the first round of the 2019 tourney. You never know and the motto “Be Prepared” would be in play here.

THE EIGHT EASTERN teams that will make the playoffs are set. There is still a minor battle for a playoff ticket in the WEST. It is narrowing though. At this moment considering many factors, the WEST race for the last two WC spots is between three clubs. NSH & the VGK (82 pts) are in. DAL (81 pts) is still in the fight.