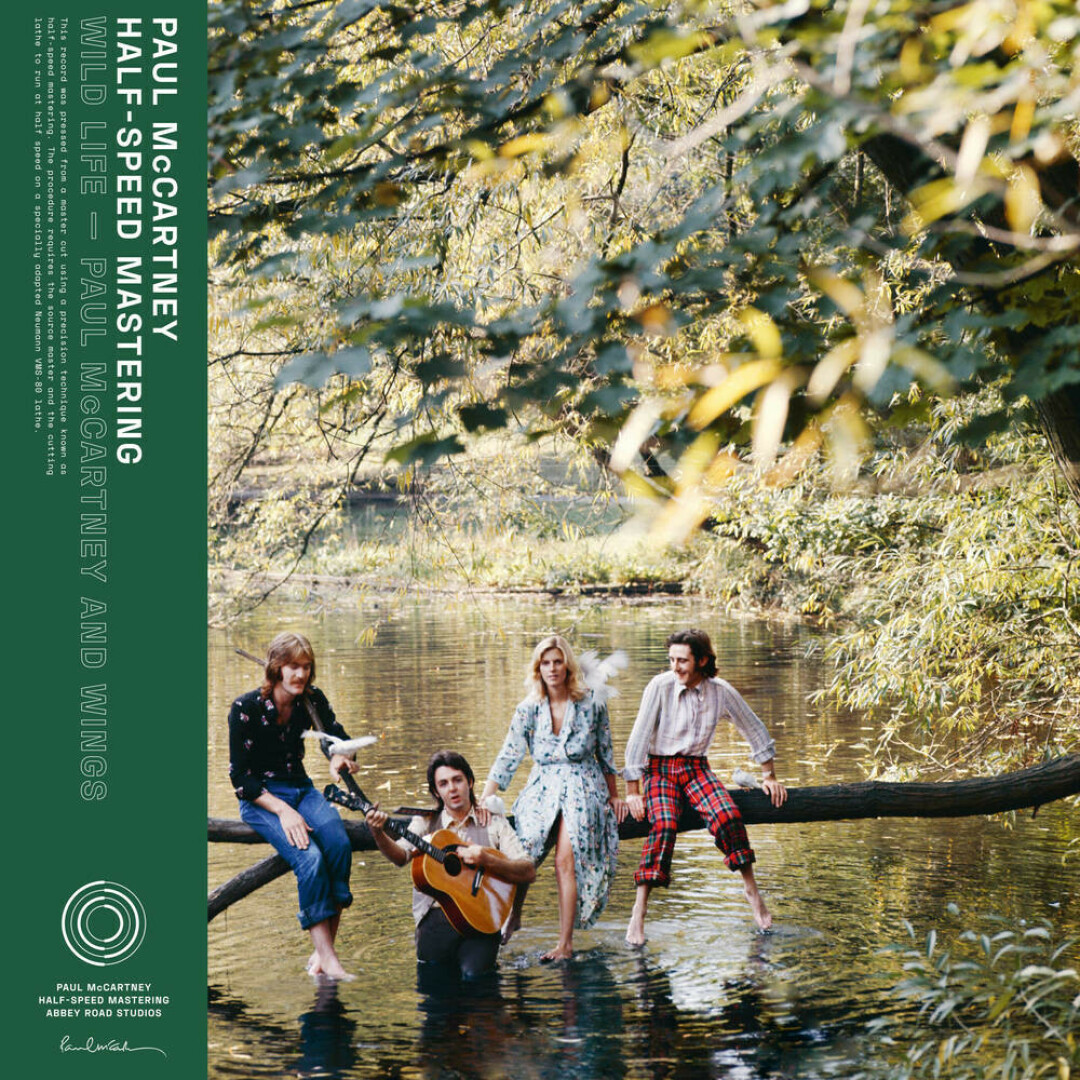 When Paul McCartney and Wings released their first album, Wild Life, in December 1971, a Rolling Stone magazine reviewer described it as “flaccid” and “impotent,” as well as “trivial and unaffecting” despite being “nicely executed pop music.”

Wow, I guess the reviewer did not like it much, especially when compared to George Harrison’s and John Lennon’s post-Beatles works – All Things Must Pass (1970) and Imagine (1971).

Now, 50 years later, I hold in my hands a limited edition half-speed master that was cut at Abbey Road Studios using a high-resolution transfer of the original 1971 master tapes, and released on Feb. 4.

What is half-speed mastering, you ask? The source material – a 33 1/3 rpm record – is cut at 16 2/3 rpm. Halving the speed allows the cutting head to have double the time to cut difficult high-frequency ranges, resulting in a higher quality and more detailed sound and separation of instruments.

Trying to put myself into the head of that contemporary reviewer, I guess I can understand how a member of the biggest band that ever lived and a significant cultural influencer of the day would be held to higher standards, but Paul McCartney making “flaccid” and “impotent” music? No way!

McCartney himself has explained Wild Life as an exercise for his newly formed band, Wings. He wanted to make a spontaneous record, and was inspired by Bob Dylan to do so.

“Dylan inspired Wild Life, because we heard he had been in the studio and done an album in just a week,” McCartney has said. “So we thought of doing it like that, putting down the spontaneous stuff and not being too careful. So it came out a bit like that. We wrote the tracks in the summer, Linda and I, we wrote them in Scotland in the summer while the lambs we gambolling. We spent two weeks on the Wild Life album all together. At that time, it was just when I had rung Denny Laine up a few days before and he came up to where we were to rehearse for one or two days.”

The whole album took two weeks to make, and five of the eight songs were recorded in one take, by Abbey Road engineer Tony Clark and his assistant Alan Parsons.

McCartney has said of it: “We recorded that album very quickly, it was almost like a bootleg, which may be a shame and perhaps some of the songs aren’t as good as they might be. I wanted the whole album to be loose and free, so that everyone could get into it. Things like ‘Mumbo,’ which scream a bit and have only ‘mumbo’ as lyrics may offend a few old ladies, but generally it’s got something for everyone.”

“Mumbo” is a classic vocal shredding exercise, with Paul barking out lyrics followed by his Little Richard-like “oooohs!” It’s a stomping rock number with beautiful organ filigrees from Linda and some great guitar from Denny Laine.

That’s followed by the weird “Bip Bop,” which sounds like it might be a reject from the previous Paul and Linda only Ram album, rejected for being too goofy perhaps. But pretty soon you notice you’re nodding your head to every bip bop.

That’s followed by a reggae-ish take on Mickey and Sylvia’s 1956 hit “Love Is Strange.” This is a good three years before Eric Clapton’s 1974 cover of a real reggae song, Bob Marley’s 1973 “I Shot the Sheriff.”

Lots of fat bass throughout from Paul.

The title tune, “Wild Life,” is, according to a statement from Paul on his website, a true story: “‘Wild Life’ was to do with me having gone on safari and actually seeing that sign that I sing about: ‘The animals have the right of way.’ Which really impressed me. You just realise the sort of dignity and strength of wild animals because here they’ve got the right of way. Whereas we’re all so full of our own importance. It’s kind of nice, you know. You’re just a guy in a Land Rover. You don’t matter so much! So that was why I wrote that song. Man, you know, we’re the ‘top species,’ and yet we’re the ones who eff it up, which is not right.”

He practices some more vocal shredding on the stately-sounding “Wild Life”. Denny Laine makes a series of sharp guitar statements throughout.

ide 2 begins with three songs that sound personal to Paul and Linda, before Paul sits down at a piano to perform the solemn “Dear Friend,” which some say is his answer to Lennon’s scathing “How Do You Sleep?” from Imagine, which came out just months before Wild Life.

McCartney has said this about the song: “Often I would think of John, and what a pity it was that we’d argued so publicly and so viciously at times. At the time of writing this song, in early 1971, he’d called the McCartney album “rubbish” in Rolling Stone magazine. It was a really difficult time. I just felt sad about the breakdown in our friendship, and this song kind of came flowing out. “Dear friend, what’s the time?/ Is this really the borderline? Are we splitting up? Is this ‘you go your way; I’ll go mine’?”