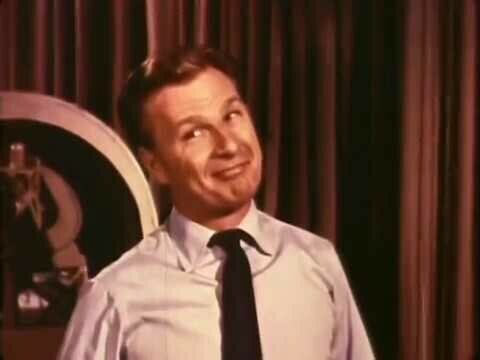 Our Mr. Sun is a 1956 documentary film that was the first of four such films Frank Capra produced and directed for the Bell Labs Science series. The film was distributed to thousands of schools free of charge, and is still available for that price online.

Get past (or get into) the hand-animation, and the fact that some of the material is outdated or presents unanswered questions.

As one school teacher, who used the film in his classes during the course of three decades says, the fact that much of the film raises unanswered questions about the sun simply presents a great segue into exploring new scientific developments and understandings.

A couple sections of the film are heavily infused with religious doctrine, which may feel somewhat out of place in today’s classroom, but the film should be viewed as a period piece.

Capra was quoted as saying that in making it, he wanted to investigate the relationship between science and religion. Personally, I don’t feel that connection was well made, but others will surely find it a bonus feature.

Before conning his way into the movie industry, Capra had planned to become a scientist, having graduated from Throop College of Technology (today known as Caltech) with a degree in chemical engineering.

In any case, the film does an excellent job of making the connection between the sun and all life on earth, with the sun being the primary energy source of virtually everything on the planet.

Dr. Research also introduces viewers to the concept of anthropogenic climate change in the section discussing fossilized solar energy. This, in a film produced almost 70 years ago.

It stars Dr. Frank Baxter as Dr. Research, a character today’s Dr. Fauci is loosely based upon.

Eddie Albert, of Green Acres fame, plays the part of Mr. Fiction Writer, a writer who assists the good Doctor in the exploration of the film’s primary star, our sun (albeit in the masculine).

Lionel Barrymore plays the part of Father Time, with it being the actor’s very last film role, the film being released almost two years after his death.

All of this said, this film is well worth investing 57 minutes of your time, so pop some corn and crack open a cold beverage. Then sit back and enjoy this extraordinary vintage film and the amazing information it still conveys. 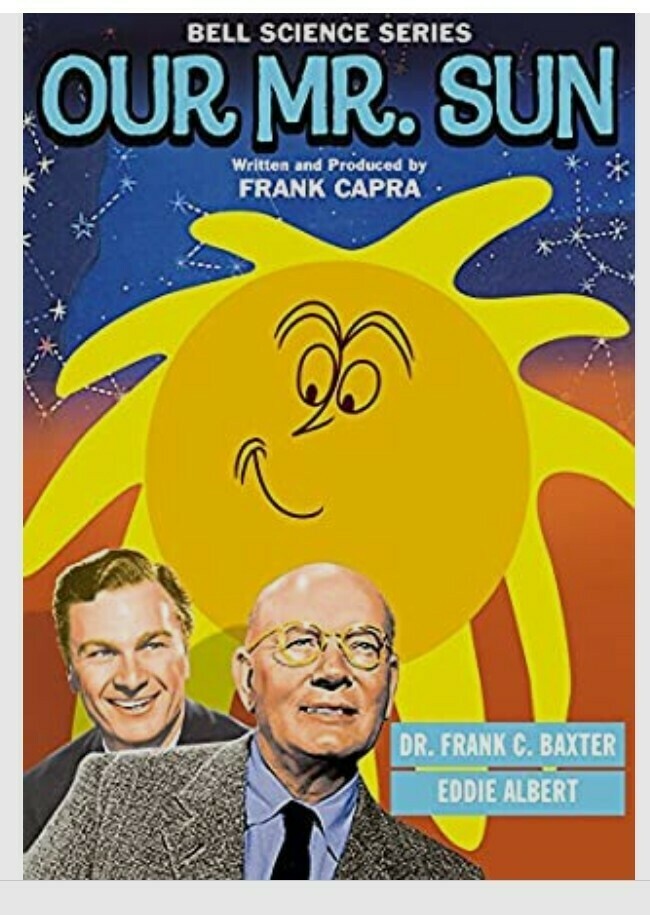 The Bell Labs series includes a 1958 documentary called Meteora: The Unchained Goddess, which focuses on climate science and explaining the expected effects of global warming.n this one, Dr. Research (Frank Baxter) is joined by actor Richard Carlson (The Creature from the Black Lagoon) as the writer.

Just a few years before The Unchained Goddess, researchers determined that humankind was changing the earth’s climate. One of those scientists, Roger Revelle, famously said at the time, “Human beings are now carrying out a large scale geophysical experiment of a kind that could not have happened in the past nor be reproduced in the future.”

Based on that research, Capra and the team behind the film tried to show what might be expected from such changes.

Dr. Frank C. Baxter: “Extremely dangerous questions. Because with our present knowledge we have no idea what would happen? Even now, man may be unwittingly changing the world’s climate through the waste products of his civilization. Due to our release through factories and automobiles every year of more than 6 billion tons of carbon dioxide, which helps air absorb heat from the sun, our atmosphere seems to be getting warmer.”

Richard Carlson: “This is bad?”

Dr. Frank C. Baxter: “Well, it’s been calculated a few degrees rise in the earth’s temperature would melt the polar ice caps. And if this happens, an inland sea would fill a good portion of the Mississippi valley.

Tourists in glass bottom boats would be viewing the drowned towers of Miami through 150 feet of tropical water. For in weather, were not only dealing with forces of a far greater variety than even the atomic physicist encounters, but with life itself.”