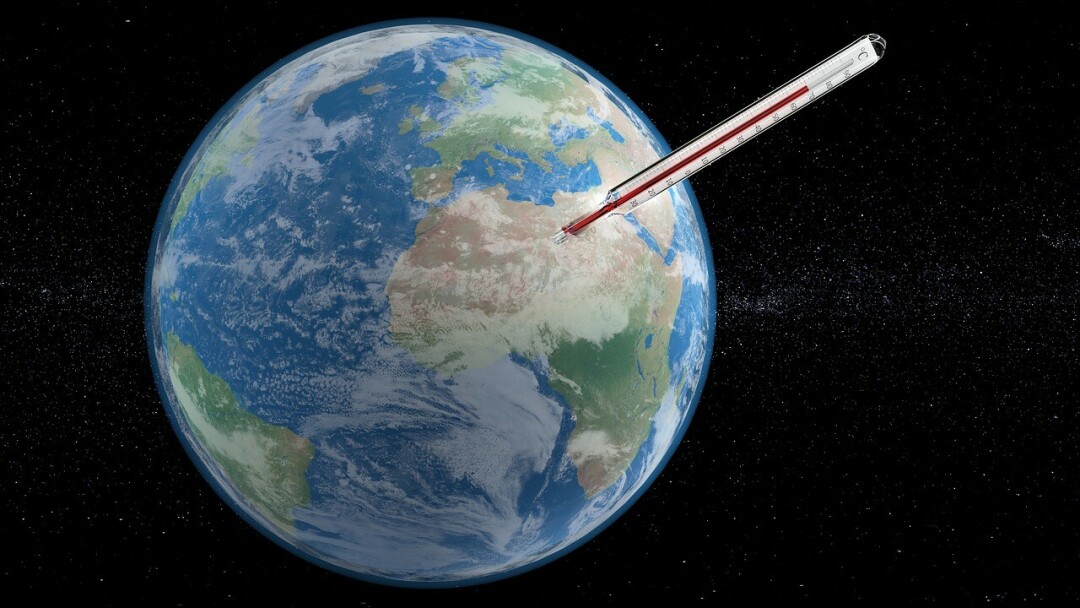 Growing up, I remember those times when I didn’t feel well or my mother thought I didn’t look right. Maybe, I started coughing or complained of a sore throat. She would pull out the thermometer and announce that it was time to take my temperature. That was the first step in figuring out whether or not we were going to the drugstore or calling the doctor.

Wondering if our city needs to take its temperature. We just experienced the warmest July on record. There’s the decline in the insect and bird populations. Certain species are moving north to find more comfortable and compatible environments. Then we had the drought and brown lawns along with poor soil conditions. And recently, we were faced with poor air quality from northern wildfires which triggered an increase in trips to the local hospitals due to asthma complications and heart problems.

On Sept. 7, National Public Radio reported that over 200 medical journals warned that the rapidly warming climate is the “greatest threat to global health.” In the past twenty years, heat-related deaths among people over 65 has increased by more than 50 percent. Also, NPR stated that children are being admitted to the emergency rooms and hospitals at greater numbers with “asthma exacerbations due to poor air quality.”

Mark Hertsgaard, in his book “Hot: Living Through The Next Fifty Years On Earth,” talks about the numerous impacts of a warmer planet with less water. The 2003 heatwave in Europe caused at least 71,449 deaths. Residents in New York City are now enduring more days with temperatures over 90 degrees Fahrenheit. In the 2020’s, the number of extremely hot days will double, and by the 2050’s the numbers will triple. Also, the number of people living in “water-stressed countries” will increase from 800 million to 3 billion.

On Feb. 1, 2018, the World Health Organization reported that extreme high air temperatures contribute directly to deaths from cardiovascular and respiratory disease, especially among elderly people. Also, high temperatures raise the levels of ozone and other pollutants in the air that can exacerbate cardiovascular and respiratory disease. And the WHO also reported that the number of weather-related natural disasters globally has more than tripled since the 1960’s, with over 60,000 deaths every year.

In her book “On Fire: The Burning Case for a Green New Deal,” Naomi Klein writes about how the oceans are warming 40 percent faster than the United Nations expected, and since the Intergovernmental Panel on Climate Change began meeting in 1988 global CO2 emissions have risen by over 40 percent. “Because of the way our daily lives have been altered by both market and technological triumphalism, we lack many of the observational tools necessary to convince ourselves that climate change is indeed an emergency,” stated Klein.

Klein expresses concern that if we don’t name this climate crisis an emergency, then we won’t find what she calls the “capacity to do what is required.”
So, are we downplaying how bad we feel? Do we not want to announce that we’re in a climate emergency because if we did, we would have to acknowledge that there is a public health problem and agree to get help? Are we trying to deny or distract ourselves from the environmental and public health symptoms that are starting to show up?

Given the growing number of extreme climate events impacting the health and wellbeing of our citizens in Duluth, maybe it’s time that we took the city’s temperature.

Maybe, it’s time for city government, the business community and civic leaders to begin talking to local medical and healthcare providers about how we should respond to these various climate events which are having a detrimental impact on our public health.

And maybe, it’s time that all of us should be asking ourselves how we can lead healthier lives and, at the same time, contribute to a healthier city.