The potpoutti of sports opinion 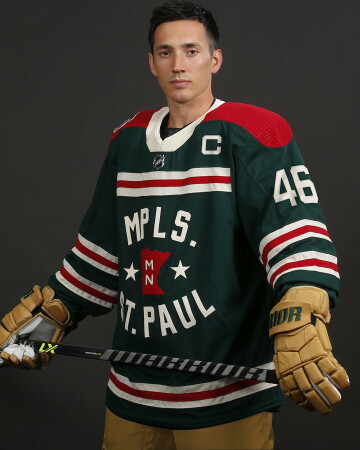 RAINY RIVER – We are running out of summer in quick fashion. The overnight temps are dropping and are nothing short of invigorating and refreshing, and with them, the change of seasons is upon us. The sports world is going through its “change” of seasons too.

MLB baseball is lumbering toward the end of the regular season, and hopefully, we will be in for one heck of a playoff year. There isn’t much to say about our Minnesota Twins, although they have played better ball since the trade of slugger Nelson Cruz to the Tampa Bay Rays. With that club, Cruz could have a legitimate shot at some postseason glory.

The Twins are going to have to regroup and prepare for next year. What they need could easily fill a column in and of itself; I’ll have to take that under advisement.

I still love my Twins. They have hit the ball well; they are middle of the league in team batting average. They need to dig in team-wise on defense, and they need to bolster their pitching staff.

For next year, they will already be missing starting pitcher Kenta Maeda due to Tommy John surgery. If he plays at all next year, it will be late in the season.

The club also needs to obtain or develop a Joe Nathan-type of closer for the staff. Joe could throw. It’s as simple as that; the team hasn’t had an arm like his in the recent past.

AS FAR AS THE MLB playoffs go, my current feeling is that the Tampa Rays will emerge from the ALCS and are likely to face either the San Francisco Giants or Los Angeles Dodgers in the World Series.

The other “contenders” in the playoff group have been too inconsistent for me to put any stock in them. And I feel that the Rays are the only AL club with the goods to win the Fall Classic. Right now, I find that an eventual

LAD versus the Giants playoff matchup is a toss-up series. San Fran leads the regular-season series at this time with a 10-9 record. The NL West might have three entrants for the postseason, and that could be exciting.

COLLEGE FOOTBALL has begun, and this week marks the start of another NFL season. For me, that all takes us to one thing; hockey at all levels will be starting very soon.

NHL camps are around the corner; colleges will begin quickly, too, as will all other amateur leagues of the sport that is my absolute favorite. So, let’s do some rapid-fire sports opinionating; here we go!

The MINNESOTA GOLDEN GOPHERS played #4 ranked Ohio State in Minneapolis last week, losing to the Buckeyes by a 45-31 final.

Worse than the loss, all-world running back Mohamed Ibrahim has been lost to a leg injury for the season. Surgery will be required, and the team has not been specific on any details at this point. Ibrahim had 163 yards and two touchdowns on 30 carries before leaving the game in the third quarter. The Gophers had two leads in this game and were driving at the time of Ibrahim’s injury.

And yes, I’m a “homer,” and I had reason to believe that the Gophers could have upset the Bucks before the injury situation. Mo is probably one of the top three to five backs in the country. His loss will hurt.

AS FAR AS THE VIKINGS go, their starting groups on offense and defense will ensure they will be competitive, although I do not see a Championship year on the horizon for them. And if they have any injuries to the starting groups, they will struggle to maintain that competitiveness. They lack depth.

Beyond that, the NFL announced that they are not messing around with Covid issues this fall. (If you have them, you’ll forfeit games, not get reschedules) The Vikes have a few essential players who haven’t received Covid vaccinations; I look for the club to play a few games this year without some vital players or forfeit at least one game.

That will further infuriate Head Coach Mike Zimmer, who had already made his feelings about unvaccinated players known when training camp was disrupted earlier this summer. I believe the Chicago Bears have a solid shot at winning this division this season. The Lions and Vikes will be at the bottom.

The USA club regrouped and played a much better game after losing to the Canadians by a 5-1 tally in the qualifying round. They had built a 2-0 lead in the first period on two scores from Alex Carpenter. The Canadians came out with a charge in the second, though, outshooting the Americans 16 to 8 and gaining a 2-2 tie by period’s end.

The Canadians killed three penalties in the third period, and after 60 minutes, the 2-2 tie stood. Marie-Philip Poulin got the OT marker 7:22 into the extra frame to win the Gold. The victory prevented the Yanks from winning a sixth consecutive Gold and 11 of the last 13.

There is a strong chance this will be the Gold medal game at the upcoming Winter Olympics in Beijing. What can the USA change to get a different outcome? That’s a tricky question to answer at this moment.

My first thought is to consider the amount of experience Team USA lost between the 2018 winter games, the 2019 WWC, and this event. Consider that the Lamoureux twins have retired, Gigi Marvin won’t be back, nor will Meghan Duggan. Those losses represent quite a bit of veteran experience. Team Canada brought an older roster to the WWC, and it showed. At any rate, when both teams finalize their Oly rosters, they will be different from what we saw in this event. These two teams will be considered the Gold-Silver favorites, though, order of finish to be determined!

THE NATIONAL HOCKEY LEAGUE has announced that the various parties involved have reached an agreement for its players to participate in the Beijing games. I am glad that we will once again see a best on best tourney. The 2018 games weren’t the same without the NHL players; it’s that simple. While speculative rosters are being considered in the media, I haven’t given it the fine-tooth comb yet. And when I do, I’m not sure I see any medals for the American squad. The selection process will be an interesting one, to say the least.

THE NEGOTIATIONS between the Minnesota WILD and star player Kirill Kaprizov continue forth with no agreement yet. Some info has gotten out, though, with no verification from either side of the table. The latest rumors have both sides looking at a five-year, $45 mil contract with a $9 mil AAV. If true, this renders the club into a situation where they are “buying” only two years of Kaprizovs free agency years. If he has had a successful five-year run with the WILD, he’ll be able to see what the market will bear for his services. Yikes. PEACE