Merchants of death in Afghanistan 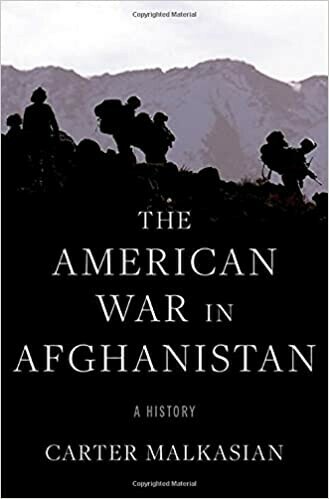 How can the most powerful, best equipped, and most lavishly funded military in the world lose a war to a loosely organized, poorly equipped, bunch of tribal guerrillas?

There is no single answer to why we lost the war. Many mistakes were made by many people over more than 40 years of our deadly meddling in Afghanistan. There will be a plethora of editorials, scholarly articles and books written to blame or justify, all the usual scapegoats. The various pundits and “experts” are already busy examining the entrails to divine the mystery.

But the mystery is not complicated. We got into this war for all the usual stupid reasons we start wars and military interventions.

We think we have a right, and a duty, to control the world using our guns and money. We know what is best for everyone especially when it helps the profits of the big banks, oil companies, and weapons manufacturers.

The United States government is a wholly owned subsidiary of the the military industrial complex. As Mr. Sorensen so succinctly stated in his letter to the editor, there was money to be made by merchants of death. The mission was profits and that mission was spectacularly successful.

“Enduring Freedom” was the code name for the 2001 invasion of Afghanistan. “Enduring Profits” would have been more appropriate.

Although there may have been a limited increase in the “freedoms” enjoyed by some Afghans residing in Kabul and other cities during the U.S. occupation, this was not the reason we invaded. Nor was it the reason we poured money into a losing situation.

“There has never been a time in American history where more was spent to accomplish less.”

This is the assessment of Erik Edstrom based on his Army combat service in Afghanistan. He is the author of Un-American: A Soldier’s Reckoning of Our Longest War.

A recent Washington Post editorial observed that the United States has spent more “rebuilding” Afghanistan ($133 billion at the time of the article) than was spent, adjusted for inflation, to “revive the whole of Western Europe with the Marshall Plan after World War II.”

After 20 years and $2.3 trillion spent we accomplished nothing.

Why did the Taliban win?

“The Taliban fight for belief, for janat (heaven) and ghazi (killing infidels)…the [Afghan] army and police fight for money.”

This is a quote from a Taliban partisan speaking with Carter Malkasian, author of The American War in Afghanistan.

In the end money couldn’t buy the loyalty or dedication of the Afghan forces but it did pad the profit margin of the contractors hired to do the training and supply the weapons.

An aside: the Taliban are now the proud owners of an estimated $28 billion of the military equipment and weapons given to the Afghan security forces. This includes aircraft, helicopters, drones, artillery, night vision goggles, radio equipment and a variety of small arms.

Readers may think I am exaggerating the influence of the “defense” industry. You may think we invaded to defend the country from terrorists like Osama bin Laden. Perhaps it was to bring democracy and stability to Afghanistan so that a backward country would no longer be a safe haven for terrorists.

But the details of the spending tell a different story.

Profit was the primary objective.

The U.S. spent $143 billion on reconstruction and nation building since 2002. More than half – or $88.3 billion – was spent on training and equipping Afghan security forces, which collapsed almost immediately.

About $36 billion went to propping up the Afghan government. Smaller amounts went to anti-drug efforts and for humanitarian aid.

Most of this spending was funneled though Afghan and U.S. contractors, non-governmental organizations (NGOs), and corrupt Afghan officials and regional warlords.

The Office of the Special Inspector General for Afghanistan Reconstruction (SIGAR) reported to Congress in 2020 that $19 billion of this had been lost to corruption. News reports say Afghan President Ghani fled the country with more than $160 million in cash.

But this $143 billion was pocket change in comparison to the $2.3 trillion wasted in the last 20 years. The vast majority of the overall spending went to the American weapons manu-facturers, various contractors and to pay and maintain American troops.

These spending priorities clearly show that helping Afghanistan was a side show. The primary beneficiaries of the largess were the merchants of death.

Even more telling is a report by CNN in March that the spending was intended to continue after the U.S. troops were withdrawn.

The Department of Defense issued a billion dollars in contracts to 17 different companies for work in Afghanistan and continuing beyond the troop withdrawal date (then May 1st): In 2021 there were about 18,000 contractors in Afghanistan, of which 6,350 were American citizens.

Again when you follow the money our rhetoric about defending freedom and fighting terrorism rings hollow. The war was a money making scheme.

Money was also made on the home front. The an online magazine The Intercept says defense stocks outperformed the stock market overall by 58 percent during the war in Afghanistan. They say $10,000 invested in the stock of America’s top five defense contractors since September 18, 2001 – the day President Bush signed the Authorization for Use of Military Force in Afghanistan – would now be worth $100,000.

“I guarantee you, when war becomes that profitable, you’re going to see more of it.”

This is the opinion of Chalmers Johnson a professor of Near Eastern Studies, a former CIA contractor during the Vietnam war, and the author of four books on American militarism and empire.

This is not a new, unknown revelation. We all know war has been a major source of profit for the merchants of death since ancient times. And this is a primary reason we spent 20 years in Afghanistan.