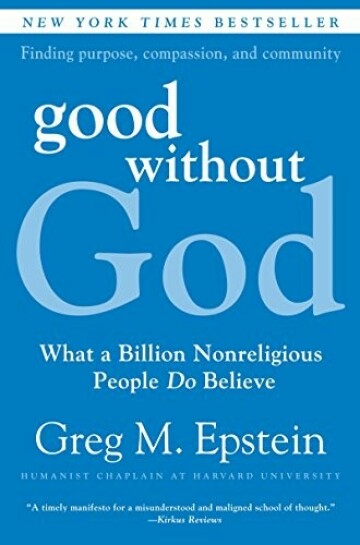 In the annual battle of virus and bacteria vs. brain, the score is probably 8-3

Medical researchers have just determined that the average adult human body has four pounds of bacteria clinging to the outside and invading the inside of the body. The brain in the average adult weighs in at an inadequate three pounds. Bacteria are free-living cells that can live inside or outside the body.

Viruses such as COVID-19 and Delta are a non-living collection of molecules that need a host, like a living human body with cells, to survive.

Not all bacteria are bad. We need bacteria to digest our food and get the results into the blood stream to maintain life.

Not all viruses are bad. We have viruses inside our gut, skin, and blood that kill dangerous bacteria and other viruses.

Bacteria and viruses are generally not visible to the naked eye, but they outnumber human cells in the world at a ratio of 10-1. Recognized viruses number about 850,000, so they weigh innumerable tons.

Caleb Thomas of San Angelo, Texas, a 30-year-old father of three and the husband of a pregnant wife, died of COVID-19 on Aug. 29, a month after being admitted to an emergency room.

On July 4, 2020, Caleb assisted in organizing the Freedom Rally that criticized the wearing of masks, business closures, the science of viruses and the liberal media. He then organized the San Angelo Freedom Defenders that demanded the school district rescind all regulations made to control the virus.

After getting specific symptoms on July 26, 2021, he refused testing and the hospital, took high doses of Vitamin C, zinc, aspirin and Ivermectin, an anti-parasitic drug used for horses and cattle only. He was taken to the emergency room on July 30, then was unconscious and on a ventilator for 21 days before being unplugged.

His wife later posted: “He was an imperfect man but he loved his family and his little girls more than anything. To those who wished him death, I’m sorry his views and opinions hurt you. I prayed he’d come out of this with a new perspective and more appreciation of life.”

Alas, Caleb has ended up being the poster boy for another pandemic created by his Great Leader, “The Chosen One,” a pandemic of baseless and harmful ideas that, like another virus, has infected a large anti-science group of the population opposed to masks, social distancing, and life-saving vaccinations.

It’s a data-driven scientific fact that Divided States of America counties that voted for Donald Trump over Joe Biden have lower rates of vaccinations and much higher rates of COVID-19 and Delta variant deaths. That’s why I put the score in those counties at 8-3 – with the brain losing.

Is there any difference between the Muslim Taliban and the Christian Taliban?

Both Talibans are filled with religious tribes that fight each other for power. Just to name a few: the Muslim Shiites and Sunnis kill each with impunity on several continents, while Christian evangelicals, Dominionists, Southern Baptists, Christian Identity and Roman Catholics battle over race, white supremacy, economic inequality and homosexuality.

But now young Muslims and Christians are so fed up with power struggles, wars, crusades, racial discrimination and inequality they are leaving the churches and mosques by the millions. The Irish have told the Vatican to get out of Dodge. German Catholic bishops have broken with the Vatican on the LBGTQ+ community and want to travel on their own path.

The General Social Survey has been asking Americans about belief in God and religion since 1988. For three decades the answer did not change much, ranging between 63-70%, saying that a God did exist.
In 2018, only 44% had no doubts about the existence of God, while only 33% of young generation Z claimed a certain belief. More than 40% of young Americans claim no religious affiliation, and just 25% say they attend religious services weekly.

In 2020, 84% of eligible evangelical Christians voted for Trump. In 2021, 26% of all Americans said they had no religious affiliation, the highest ever recorded.

I think it’s amusing –and somehow predictable – that Harvard University, originally founded to educate ministers for early Puritan colonists, has a new head chaplain for the 40 chaplains who work with Harvard students, teachers, and employees. He is 44-year-old Greg Epstein, an atheist who has worked there since 2005, and has authored Good Without God: What A Billion Nonreligious People do Believe.

Unanimously elected by his fellow campus chaplains, he favors a value-based philosophy that focuses on people’s relationships with each other instead of with God.

Surprisingly, young Muslims are not interested in dominating the world

By 2006, Al Qaeda, the attacker of the World Trade Center, had established its dream of establishing a caliphate, expel the DSA from Iraq, start a war with Israel, attack Western economies, and with violence have a “total confrontation” over several continents with those opposing its march to world domination.

But Muslims around the world, particularly the young, were “sick and tired” of supporting “forever wars,” and started to oppose the dream.

Many Muslims have decided there were advantages in separating mosque from state. The murderous terror of the treatment of citizens in Iraq and Syria by ISIS (Islamic State), proved to be a blood-drenched nightmare of beheadings and burning prisoners in steel cages.

Fareed Zakaria summed up the last three decades in the Washington Post: “Most Islamist terrorism today tends to be local – the Taliban in Afghanistan, Boko Harum in Nigeria, al-Shabab in the Horn of Africa. That’s a major reversal from the glory days of Al Qaeda.

Among the 637,000 Americans who have died from COVID-19 and the Delta variant, there are quite a number of radio and TV talkshow hosts who were anti-maskers and anti-vaxxers to their deaths.
I wrote about one earlier. Another conservative radio host who called himself “Mr. Anti-Vax” just assumed room temperature in Florida after contracting COVID-19.

Marc Bernier had entertained and misled Florida listeners on WNDB for 30 years. The virus killed him in a short three weeks. He often told his audience he would never get vaccinated. Well, he doesn’t need it now.

Florida, governed by Trump acolyte Ron DeSantis, leads the country in hospitalizations and deaths from viruses. Certainly Bernier, who had helped him establish that record, should get credit for adding to the totals. In December he said: “I’m not taking it (vaccination): Are you kidding me?”
Viruses have never demonstrated a sense of humor, Mr. Anti-Vax.

Our local American Taliban town crier Scott Hennen writes in the Fargo Forum: “A very large, loud minority wants to be your doctor, and wants to decide for you what it means to be safe.”
Scott, you don’t know shit from Shinola about viruses. Medical doctors working for the World Health Organization (WHO) and the Centers for Disease Control (CDC) are the world’s experts in the field of viruses.

You write about “health freedom”: “My definition of health freedom is “no school board member, no mayor, no unelected health official, no governor or other woke politician should decide for you what is the best way to guard your health.”

Evidently radio guys Caleb and Marc followed your advice instead of the WHO and CDC, and desperately needed Jesus Christ to perform two more Lazaruses. Two more anti-mask anti-vax talkshow hosts died this week. One called Dr. Fauci “a power-tripping lying freak.” Another said vaccines “were another form of government control of people.”

What is personal freedom? Not paying taxes? Not wearing seatbelts? Not getting consent for sex? Going through a red light? Carrying a rifle while crossing a street to a K-6 school?

We necessarily limit our personal “freedom” thousands of times to promote public service – and common sense.

Scott, I presume you are not vaccinated. To prevent a virus attack, I suggest you take the horse and cattle drug Ivermectin to de-worm your brain, and a half-cup of Clorox bleach to de-virus your arteries.
Senator Paul is pushing the animal drug. As safety is not an “unGodly fear” with you, your Chosen Great Leader is recommending imbibing bleach.

Trumplicans have a huge advantage over other people

Republican theocrats and autocrats in the cult have demonstrated for decades they don’t give a damn about other people.

Nixon ended the military draft so the rich kids wouldn’t be called to fight our wars. “Volunteers” from the poorest counties in the country, eager to get out of poverty, misery, and Dogpatch, fill the armed forces. Because of the draft, Harvard University graduates learned real economic and history facts from high school graduates in the foxholes.

Reagan campaigned in Mississippi where three civil rights protesters were murdered by the Ku Klux Klan, and endorsed its actions in the Republican “Southern Strategy.”

McConnell’s main goal was not helping Barack Obama govern the country. It was to make sure Obama had only one term.

On top of COVID-19 and the Delta variant, South African scientists have discovered a new variant, still unnamed, that is also present in China, New Zealand, Switzerland, Portugal, Mauritius, the Democratic Republic of the Congo and England. It could be in the DSA already.

The Delta virus came from India – and COVID doesn’t recognize borders. New mutants tend to be more transmissible than their fathers and mothers.

Georgia Representative Marjorie Taylor Greene, the darling of the real zombie-crazies, has promised to shoot anyone who comes to her door with needle and vaccine.

The Republican governors of Texas and Florida, the home of 60 million Americans, are anti-maskers, anti-vaxxers, and just about anti-everything else to do with viruses.

Kentucky Senator Rand Paul, who lost all arguments with Dr. Fauci, says Americans should “resist” efforts to stop the virus.

The evidence seems overwhelming. If they kill enough minority essential worker-voters and those who don’t wear masks or accept vaccinations, they have a good “shot” at regaining power in 2022.