Get down with the Budos Band 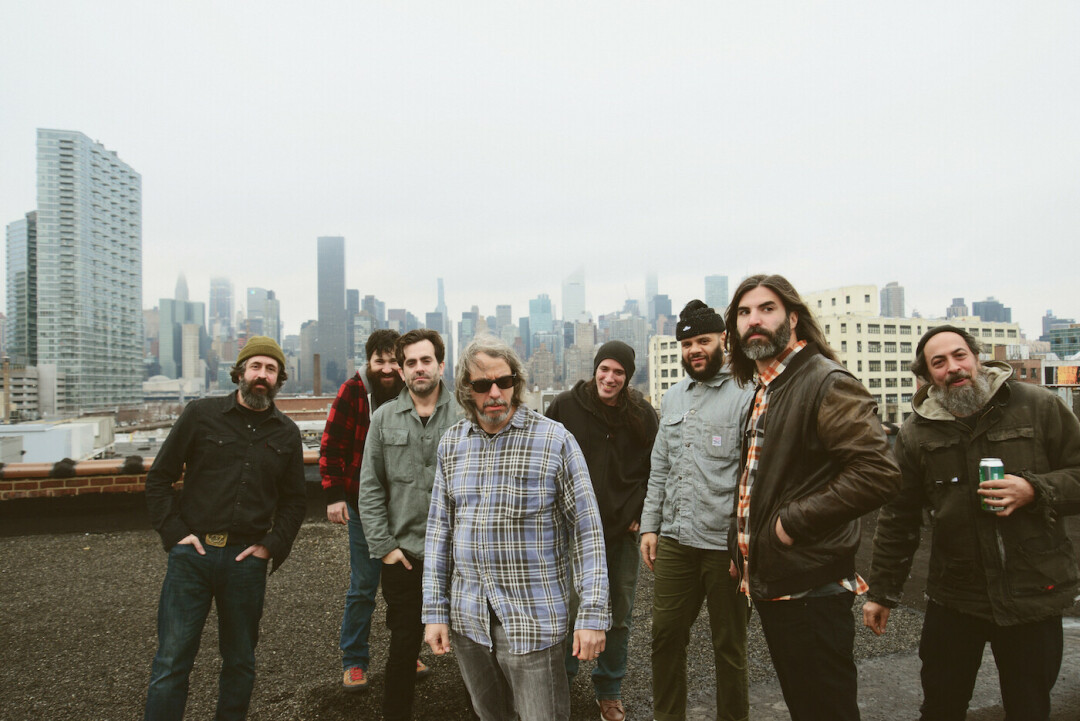 The pandemic lockdown was a dark and lonely time for many. Good thing there was some great music released in 2020 to help us through. We’re looking back at some of those inspiring releases.

Where to begin with the nine-piece beast that is the Budos Band?

Majestic, trippy, cinematic, funky. One moment you get pillowy sounds and chunky filigree, and the next chunky sounds with pilowy filigree.

And all of it exciting with textural layers of sound from horns, keys and strings (bass and guitar): It’s the ultimate road-tripping music.

The music of the Budos Band makes you think of spaghetti westerns, Blaxploitation flicks, ‘70s cop show themes, Italian giallo, that great unmade Tarantino film. Maybe even Hammer films, at least when Michael Deller flicks the spooky switch on his organ, as in the dust-up “Dusterado,” which also features a fine, high trumpet from Andrew Greene.

Yeah, listening to the record, I have the urge to strap on my six shooters, sharpen a wooden stake and do something heroic. Wow. How often does a record do that?

Every song feels like a gothic, long-simmering story unfolding. Close your eyes and see where this burning urn of churning funk brings you. Perhaps it goes no further than the undulating mystery it appears to be, and that is perfectly OK.

The album kicks off with the title track, a big sprawling number with a beautifully shambolic bass (Daniel Foder)/guitar (Thomas Brenneck) collaboration and horns soaring high above. Beautiful! I wish I could crawl into the song and live there.

That’s the thing about these guys – there’s something so visceral about the music, the soundscape has such structure and function, that it seems to be a real place.

Last January a group of former colleagues from my previous newspaper came to visit on a very snowy weekend. They rented a nice house on Arrowhead Road and I spent the weekend. First thing I did when we sat down that first night to play a board game, I suggested we listen to Long In the Tooth, which I had just gotten. They were all hooked and we listened to nothing but the Budos Band that weekend.

The band is from Staten Island, and this is their sixth studio album since their first recording in 2005, however the band has been playing together for 22 years – hence the title of this most recent recording.
Allof their recordings have been on the Brooklyn-based Daptone Records, so they have worked with labelmates such as the late Charles Bradley and the late Sharon Jones of the Dap Kings.

Well, this record is filled with great licks from strings and horns and keys and drums/congas. And so concise. The record feels like you’ve taken a journey, but when you look up and check the time, only 32 have gone by. Why do you feel so much different, cleansed, better in mind and spirit, after taking that journey? What ritual has the Budos Band performed?