Duluth, it’s not a drill anymore 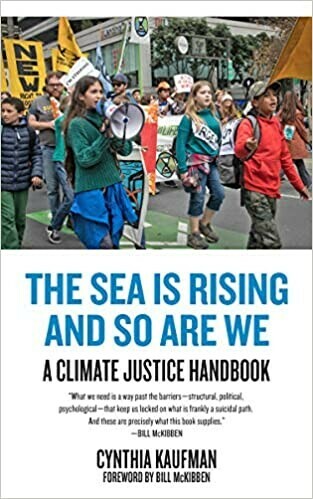 Do any of you remember participating in fire drills back when you attended primary or middle school?

When the school alarms would go off and your teachers would escort you in a single-file line out of the classroom, down the hallway and out the door to the playground. We would wait for someone from the local fire department to arrive and give us the go-ahead to return to our classrooms.

These fire drills were supposed to help us practice leaving the school building in a somewhat peaceful and organized manner, and hopefully be prepared and not get hurt if there was an actual fire in the building. Luckily, neither me or my classmates ever had to face the real thing.

On Monday, Aug. 9, we all heard about the latest report from the Intergovernmental Panel on Climate Change (IPCC):

Called “code red for humanity,” the IPCC stated that greenhouse gas emissions were pushing us to a “fiery future.” It reported that heat waves and heavy rains that cause flooding were becoming more numerous and more intense. Droughts were becoming regular climate events, and the number of hurricanes and typhoons had been increasing since the 1970s.

Many of the scientists who worked on the IPCC report expressed concern that we would not be able to stay below the 1.5 degrees Celsius mark presented at the Paris Agreement.

With the latest climate report from the IPCC, and watching the numerous climate events in Siberia, Germany, Canada, Turkey and Italy, it’s very clear that we don’t have any more time for practicing fire drills. That time has passed.

And reflecting upon the words from Bruce Hornsby’s song “Look Out Any Window,” the past several weeks in Duluth, we have watched and experienced high temperatures, wildfires to the north, poor air quality, drought, poor soil conditions and lower water levels in numerous creeks and rivers.

At this moment, we need to do more than less. Move faster than slower. And reach out with open arms to engage everyone in our city instead of meeting behind closed doors.

In her book The Sea Is Rising And So Are We, Cynthia Kaufman talks about preparing ourselves for the developing climate crisis; especially with regards to how it will negatively impact our vulnerable populations. And she reminds us that we don’t have a lot of time.

Kaufman wrote, “Which future we end up with is an open question, and it is one that we all have a part in determining, with the acts we take in the next short period of time.”

A week after the IPCC report was released, a group of us organized the “Code Red: Duluth” event downtown, in front of city hall, to share our thoughts and feelings, and to talk about the future of our city. From State Senator Jennifer McEwen to Sierra Club’s Jenna Yeakle and MPIRG’s Levi Gregg, we all spoke about the very narrow timeframe that we have to address this climate emergency. And many shared how concerned they were for the future of their children and grandchildren.

Recently, I’ve heard people around the city say we don’t have until 2050 or 2035. In fact, several leaders in the local climate and environmental movement have been talking about 9 to 10 years to figure out how to respond to this climate emergency which we’re all facing.

Also, there’s a growing consensus that we don’t need to write up more plans or prepare more reports. We simply have to start acting on what we already know and understand.

And we can do that now.

We understand that more people are experiencing climate anxiety. Clinical studies have shown that many of us are having a difficult time, mentally and emotionally, listening to the news and responding to any of the climate events that are directly impacting them.

So, we should be asking some of our local therapists and social workers to help us set up a support network to provide counseling and education.

And we can do that now.

Yes, there are many things that we can begin working and collaborating on now. This year. Even within the next 30 days.

After you read this column, I would encourage everyone to send an email to city hall (council@duluthmn.gov): Ask the mayor and city council for their commitment and leadership to address this climate emergency. And then identify one issue about climate change that most concerns you, and ask them how you can help city hall address that issue. Now.