Elements of a decent life 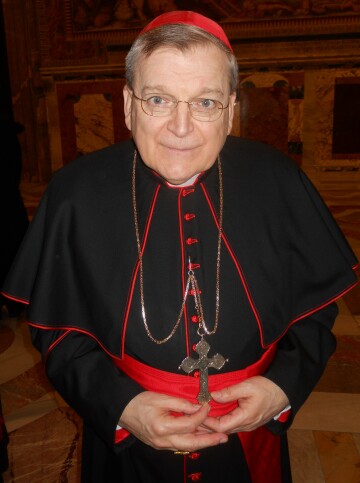 “‘We need only to think of the pervasive attack upon the integrity of human sexuality, of our identity as man or woman, with the pretense of defining for ourselves, often employing violent means, a sexual identity other than that given to us by God. With ever greater concern, we witness the devastating effect on individuals and families of the so-called ‘gender theory.’ There is no question that great evils like pestilence are an effect of original sin and of our actual sins.” – Cardinal Raymond Burke

And, by the way, Kik died of starvation when he was 28 years old. This intimate knowledge about this huge, hairy beast was learned from examining his nearly six-foot tusks that added a level of exotic and plain material almost every day of his life. It’s something about strontium isotopes in plants and soils, the teeth of rodents wherever he strolled, volcanic deposits, ancient remains of the earth’s crust, and Kik’s DNA.

It probably would take a hundred pages to describe the processes used to determine facts about Kik’s remarkable journey, but it does demonstrate to all of us science’s inexorable march to reveal everything about our lives.

Kik’s life and death has been cataloged by the University of Ottawa in climate change research led by Dr. Clement Bataille.

Kik roamed through the Yukon Basin, the Brooks mountain range in Alaska, and the Kikiakrorak River for which he is named. He might have died because the planet was warming and changed the plants he needed for his survival menu.

Our Minnesota Nobel Prize winner Bob Dylan has it right: ‘The Times They Are A-Changin’

To demonstrate the changes in just my lifetime, FDR in the 1930s thought our lives should be guided by his Four Freedoms: the freedom from want and fear, and the freedom of speech and worship.
The International Institute for Applied Systems Analysis recently published a list of “decent living standards” for each person in the 2020s developed by Narasimha Rao and Jihoon Min. They go way beyond FDR’s four: (1) adequate daily consumption of calories, protein, vitamins, and minerals; (2) adequate means of food preservation, including a ‘modest-sized” refrigerator; (3) cooking equipment that does not pollute the indoors; (4) an adequate, safe, reliable water supply; (5) a solidly built home with adequate floor space; (6) electric lighting; (7)thermal comfort; (8) good indoor toilets; (9) electricity, water, and sewer services; (10) sufficient clothing and access to laundry services; and (11) freedom to peaceably assemble in spacious, well lit public spaces.

These eleven standards certainly expand FDR’s four freedoms. How can we possibly fulfill these uniform standards?

Progressives and liberals in the Divided States of America and the United Kingdom are advocating the following universal basic services should be provided by government for individual well-being and the collective good: (1) public water and energy utilities; (2) health services; (3) public education and transportation; (4) affordable, culturally relevant, and healthy food; (5) high-quality housing; (6) green space; (7) clean air; and (8) public safety without repression.

This is how everyone can have the elements of a decent life.

To illustrate how quickly we are “a-changin’,” Transportation Secretary Pete Buttigieg and his husband Chasten, after three years of same-sex marriage, have become parents by adopting a child after a year-long search. The announcement was in the Aug. 18 Washington Post.
Across the world in an Australian zoo, two pair of gay Gentoo penguins, who mate for life, are sitting on eggs in order to have little penguins around. The announcement about Tiger and Branston and Jones and Klaus was in the Aug. 18 The Guardian.
Humans and penguins are only two of the 1,500 species so far scientifically proven to have LBGTQ+ members.

And now, science is telling us we are facing hell

Scientists have come up with another deadly fact while tracking huge woolly mammoths and tiny rodents across Alaska and the Yukon. The earth’s temperature has gone up two degrees since the first Industrial Revolution started in 1740, and the second in the late 19th century continued to heat up the world.

Climate change started with coal, steam, electricity and oil, and continued with tens of millions of cars on the road and 6,000 jets in the skies at any one time.

But now we have decades of data and climate models run on powerful supercomputers to tell us, if we don’t mend our ways, hell is on interstate, the launch pad, and super-yacht. We see climate models during weathercasts, sometimes identified as European or domestic models, predicting 10 days of weather.

For 30 years we have driven through Western Canada on the Alaskan Highway and British Columbian roads running through the Coastal Range to Prince Rupert and a number of small towns. We have seen millions of acres of brown trees killed by the pine beetles that survive winters now.

I was absolutely shocked to learn that about 200 miles north of Vancouver the temperature reached 116 degrees in a small town and killed many people (486 heat deaths in British Columbia alone): Air conditioning was almost unheard of this far north.

On the coast a putrid smell of death alerted the residents to billions of dead starfish, clams, mussels and other sea creatures as they died in hot water. Scorched cherries filled the cherry trees in western Canada. When temperatures reach 95 degrees, the starch in potatoes turns to sugar.

A New York Times article cited four areas of the earth that have become uninhabitable because of climate change.

Tuvalo, in the Polynesian islands, is the smallest country in the world at ten square miles and less than five miles of roads. The 10,000 citizens are moving because their failing gardens are saturated with the rising salt water and the drinking water from wells is no longer fresh. Rain water is fresh, but it has to be boiled before drinking.

The residents of Igloolik, Canada, have to leave their island because the sea ice has melted so much their favorite food the walrus can no longer be harvested to get them through the winter. They are forced to live on pasta, macaroni, rice and soup.

Svalbard, Norway, the northernmost settlement in the world, is now surrounded by an Atlantic Ocean current that has filled the ocean and its floor surrounding the island with tiny bits of plastic, destroying fish and birds that are in the food chain. Their stomachs are filled with plastic which doesn’t contain protein.

The residents of South Island off New Zealand spend time watching huge icebergs breaking off from Antarctica, melting as they pass by the island entering the warmer Pacific Ocean.

By the way, rain fell on the huge Greenland ice cap on Aug. 19 for the first time in history. Usually it is cold enough to just snow.

Our family of nine plus extended family has been vaccinating for 89 years, reaching into the hundreds, protecting us from baby, childhood, adult diseases and viruses, various influenzas, shingles, and some others I don’t remember.

I and one of my sons served in the Marine Corps and had plenty of shots before going overseas. I think I had seven shots before going to the Caribbean area with the Second Marine Division. I’m sure he had more shots going to Japan and other Asian countries in the Pacific theater.

We are still kicking, surviving those “dangerous” shots – and happy to be protected.

Scientists tell us there are about 850,000 viruses floating around since Lucy lived in trees. Viruses mutate all the time – like COVID to Delta.

Why in hell is the country going political-crazy over masks and vaccinations? Since when does private liberty – and “personal freedom” – win over public health?

Only when stupidity wins over science.

I do understand that some people are members of the Trumplican cult. Cult members, whether they have an IQ of 150 or 75, have drunk the Kool-Aid and are powerless to listen to reason. They are following the Great Leader, “The Chosen One” of God and Franklin Graham, Tucker Carlson, Pat Robertson, Paula White, and Cardinal Burke of the American Taliban.

Why don’t we just argue whether Jesus Christ would choose to be vaccinated?

Pressley Stutts, leader of the Greenville County, South Carolina Republican Party and Tea Party, thought vaccinations were an “ungodly influence,” opposed school masks, dismissed the delta variant as the flu, helped spread virus conspiracy theories online, said Americans had been lied to by the medical industrial complex, went to the hospital on August 1, spent six days on a ventilator, and died on Aug. 19. He was a 64-year-old veteran who will not vote in 2022.

Phil Valentine, a 61-year old Tennessee conservative radio talkshow host, often sang to the tune of Taxman (Beatles): “If you don’t like me coming around, be thankful I don’t hold you down.” He was not a pro-vaxxer, but after suffering coughing, congestion, fatigue and “hurting like crap,” he told his listeners to get vaccinated or get “alternatives.” He was hospitalized in July and died Aug. 21. He will not vote in the 2022 elections.

Roman Catholic Cardinal Raymond Burke said governments were using the fear of the pandemic to “manipulate people,” and was opposed to vaccinations because “people wanted to implant microchips in vaxxers.” Burke, fired by Pope Francis after he had been appointed by Pope Benedict to oversee the Vatican’s supreme court, thinks gays are “intrinsically disordered,” chastised the University of Notre Dame for awarding President Obama an honorary degree because he was for abortion, and said: “Jesus Christ is the best weapon to fight the virus.” The 73-year-old is still surviving COVID-19 at this writing, after being on a ventilator at an undisclosed hospital. He evidently has been given the last rites – and religious relics have been placed in his hospital room. (I wonder if the priest who gave him the last rights is gay.) Perhaps with Christ’s shot, he will vote in 2022.

Why did it rain on the Greenland ice cap?

This brings us to “Doctor” Bette Grande, the local Fargo Forum guru representing the conservative and libertarian Heartland Institute, which has been using Koch, tobacco and other oil company money for 37 years to make sure your heart fails by protecting tobacco and fossil fuel companies from government controls.

In one column headline, Grande proclaimed “The Sky Is Falling” and wrote: “Climate experts have been wrong for 50 years.” On the same day her column was published, rain fell out of the sky on the Greenland ice cap for the first time in recorded history. Could it be because the earth’s temperature has increased two degrees from 1740?

Answer the question, Bette. Why did it rain instead of snow?

How did you get to know more than the World Health Organization and the Centers for Disease Control about masking and vaccinations? Amazing!

I quote Nobel Prize for Science winner Henrich Rohror again: “Science means constantly walking a tightrope between blind faith and curiosity; between expertise and creativity; between bias and openness; between experience and epiphany; between ambition and passion; and between arrogance and conviction – in short; between and old today and a new tomorrow.”

Consequently, it’s difficult to fix stupid. Let’s leave the viruses and treatments to scientists like Dr. Fauci and others who have studied them – for 50 years.