Can solar save us?

Part Two: The rest of the question 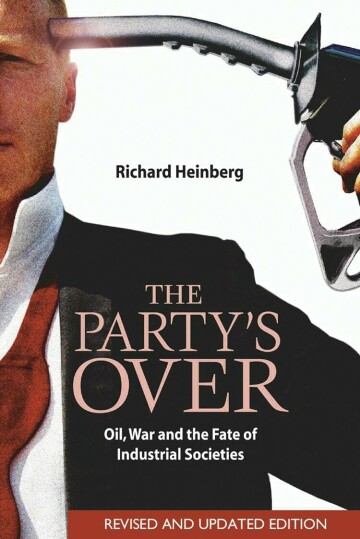 In the July 22 issue of The Reader, I tried to answer at least part of the question “can solar save us?” – the part about the sun.

Sure, it’s a no-brainer, the sun radiates 173,000 terawatts of energy onto the face of the Earth continuously, 10,000 times what we humans use.

However to answer that question, it really depends upon what your definition of “us” is.
Webster says that “us” refers to more than one of you or I, and is the objective of “we,” yet this definition doesn’t even begin to describe us.

Multiply that number by the average amount of energy each of us consumes daily (something Americans are way above average at) and “we” become a bit more complicated.

By putting a match to it all, we released thirty six billion, four hundred and forty four million tons of CO2 into the atmosphere.

These big numbers are really not much help in understanding the situation, but if we take a look back to a time when the our numbers were smaller, and life somewhat simpler, “we” might gain some insight into “us” today.

About 300,000 years ago, we humans chased down our food in bare feet and beat it to death with sticks and stones. If in doing so, we expended more energy (burned more calories) chasing the little animals around than we got from eating them, we died.

Those of us who were light-of-foot and quick with the club lived on to eat bigger animals by inventing things like pointy sticks with stone tips.

Still, there had to be more energy returned from the hunt than the energy invested in the hunt, and now the investment included the energy expended in making stone-tipped spears, literally from scratch – a task requiring flint, wood, twine and the energy spent getting the materials and fabricating the tool.

Some years later, this concept came to be know as “Energy Return on Energy Invested,” or EREI (sometimes abbreviated EROI).

Through the ages of stone, bronze, iron and oil, and through hundreds of thousands of years of technological developments in our hunting and gathering techniques, today’s EREI is insanely out of balance and completely dependent upon inputs external to the process (ancient sunlight in fossilized atmosphere).

Modern day food production alone has an EREI of 1:10. In other words, it takes ten calories of energy to produce one calorie of food.

It gets even worse when you consider the whole process, from the genetically modified seeds and the artificially inseminated cows, to the pizza that comes from the convenience store, frozen to a disposable pan and ready from the nuke-oven in minutes.

A closer look reveals that the “energy invested” is not just in our mechanized farming system, food processing, packaging, and of course the continuous convoy of refrigerated tractor-trailers along our nation’s highways (something author James Howard Kunstler refers to as the “1,500 mile-long salad bar”).

It’s also the fact that essentially all commercial fertilizers and chemical pesticides manufactured today use oil and natural gas as their primary chemical feedstocks. You just can’t make this stuff up.

Speaking of which, a lot has changed since the days when Jed Clampett was shootin’ at a rabbit and struck oil. Early oil fields held energy so rich-and-ready that the black gold literally gushed out of the ground at an EREI greater than 25:1.

Today, with oil rigs afloat in mile-deep waters, and the fracking of older, mostly depleted oil fields, the returns are much lower.

It’s also worth noting that some EREI numbers may be calculated “at the wellhead,” while the numbers at “finished fuel stage” (at the pump) are much lower, with some of the tar sands and shale oil coming in at a finished fuel stage below 2:1.

In regards to oil, an EREI of 7:1 is said to be necessary just to keep the petroleum industry afloat. Many of the top oil executives would claim their returns need to be even greater (but then they need to float their boats too).

Our energy imbalance becomes even better defined by Richard Heinberg, author of The Party’s Over: Oil, War and the Fate of Industrial Societies.

To paraphrase Heinberg, “It takes the average person two weeks of hard labor to push a car 20 miles along a flat, paved highway. We pay two bucks for that at the gas pump and complain about it the whole way.”

Our dependence on fossil fuels has been described as an addiction, something we can’t live without. But the truth is that it’s not fossil fuels we are addicted to, it’s energy itself, in any form.

Solar is not going to save anyone if it is administered as just another “fix” to ever-growing demands, and our addiction has deepened well beyond what individual actions alone can accomplish.

Some things demand a rapid and well coordinated response and this is exactly the type of thing we have governments for. We recognize imminent threats, such as enemy armies massing on our boarders, or moon-sized asteroids entering near-earth orbits, yet fail to recognize a hazard as large as the one staring us in the face at this moment.

Climate change is on a self-guided collision course, threatening us with an impact that could shatter “our world” to its core. Yet half of those in government who we have elected to public office, and who have taken the oath to protect our safety, are either downplaying or out-right denying, the threat.

All this, while the other half bargain with the deniers for small, incremental steps in the right direction, but that result in little or no significant change whatsoever. This is the “us” that solar can’t save.
Kurt Nelson lives in Cornucopia, Wisconsin, and has worked for more than 30 years as a solar energy advocate, educator, and installer. Now retired, he is still energized by the sun.