Are we behind the eight ball? 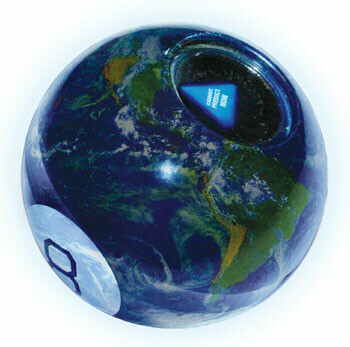 There are two reasons why I’m asking this question. First, given the recent climate events taking place around the world, and new reports and studies from climate scientists, it would appear that we don’t have until 2050, or even 2035, to take some substantial steps to addressing climate change in our city.

In fact, I’m beginning to think that we have about eight years to transform our individual and collective lives if we want to see a sustainable, resilient and healthy Duluth beyond 2030.

Second, it appears that our city is having a delayed or minimal response to the climate events already happening. There seems to be no sense of urgency.

As we experience poor air quality, moderate to severe drought, less land for farming and grazing, continued losses in the insect and bird populations, migrations of different species to the north, more heat waves and growing concerns about new pandemics, you would think that Duluth would be more proactive and even aggressive in addressing the significant and growing impacts of climate change upon the quality of life in our city. But no matter where we look, whether it’s our city or county governments, or even such groups like the Chamber of Commerce, we simply don’t see it.

In his book Corona, Climate, Chronic Emergency, Andreas Malm writes about the long list of “time bombs waiting to blow up,” including insect collapse, plastic pollution and soil depletion. Malm expresses concern about the “breakdown destabilization” of our planet’s climate system. And he concludes that “the time for gradualism is over.” Well, some of those time bombs are landing here in Duluth and northern Minnesota.

Lately, we have heard from numerous scientists and climate experts that even if we stopped all fossil fuel production today, the planet will be experiencing warmer temperatures, major droughts, more pandemics and increasingly severe weather events for hundreds of years. On top of that, the most recent news around our region of the state includes more microplastics in the western basin of Lake Superior, lower water levels in the creeks, periods of severe drought and growing concerns about the impact of climate change on our most vulnerable populations in Duluth – including our elders, children, unemployed and the disabled.

In the words of Bill McKibben, we are living on a new earth. And we are definitely living in a different city from even 10 years ago. The climate vulnerability report that was presented to Duluth in 2018 stated, “climate change is a global phenomenon that creates local impacts.”

So, who among us in the greater community is exploring and recommending specific initiatives or actions to address the changing climate’s impact upon such things as our public health and the health of our local environment. Also, there’s a need to expand climate education programs, provide mental health services and identify collaborative efforts to help the most vulnerable in the city?

In this moment, we are witnessing massive floods in Germany and China, numerous wildfires in Canada, severe water droughts in the Southwest, heat domes around the country as well as higher temperatures in Montana’s rivers that are triggering the death of trout, and diseased oysters in Oregon. And we have people moving here from other places around the country which are experiencing severe climate events. How do we plan to address or respond to everything that’s happening around us?

Right now, there are a number of people running for Duluth’s city council this year, and yet there are few conversations or campaign speeches about climate change. In fact, many of the candidates don’t mention climate change in their campaign literature and advertising. The city and county governments have still not established or created a climate task force or commission. The Chamber of Commerce refuses to participate in any public conversation about climate change. Duluth has still not officially responded to the 2018 climate vulnerability report.  And the city is still not enforcing the single plastic bag ordinance.

When I worked as a crisis counselor in the mental health field, it was important to get someone to acknowledge the crisis before any intervention or therapy would be effective. Without acknowledging and accepting the difficult or challenging situation that someone is facing, there is no possible way for that person to move forward. When anyone is trying to make decisions, and yet won’t acknowledge the crisis that they find themselves in, then that person can’t make the best decisions.

So, how can a city like Duluth move forward when it’s not acknowledging or recognizing the reality of this climate emergency? When will we have an open, honest and transparent dialogue with the government, business and civic leaders in our city to discuss where we are and where we’re going? We’ve got eight years.