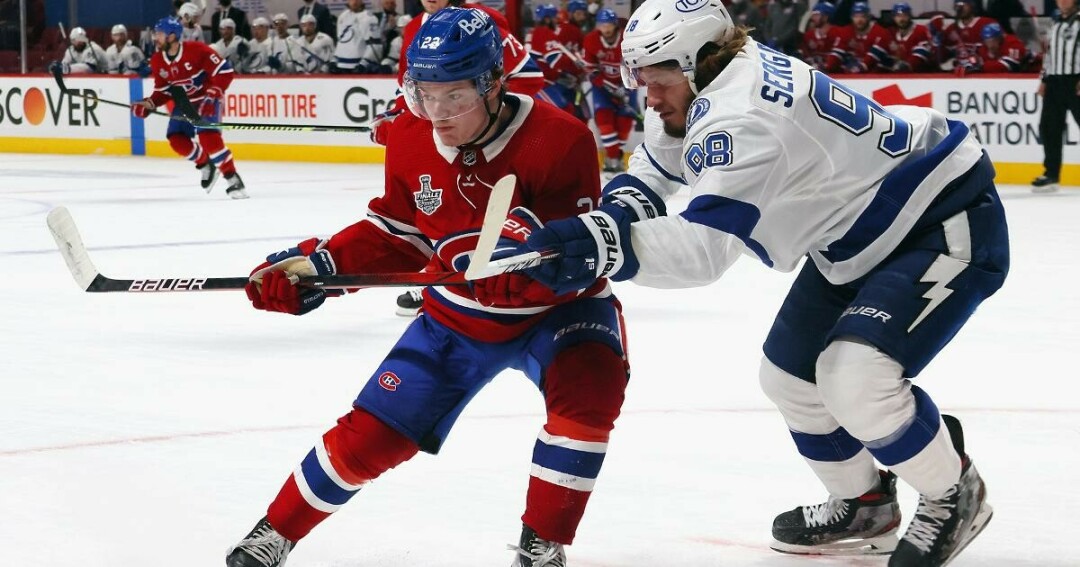 WEST DULUTH – By the time you pick up this edition of the World Wide Duluth Reader, the Stanley Cup will most likely have been won, awarded, and filled with a variety of adult beverages by the victors.

As for me, I am waiting intently for Game four tomorrow evening. The defending champion Tampa Bay Lightning has a three games to none lead over the Montreal Canadiens in this best of seven series. Les Habitants have had no answers for the onslaught they have faced from the Bolts thus far. The Habs have dropped G1 in a decisive 5-1 loss, G2 in a 3-1 loss, and G3 in a 6-3 paint brushing. On the downside for the Habs, they outplayed Tampa in G2, including outshooting the Bolts by a 43-23 total only to come out on the short end.

The much-anticipated goaltender battle of the century between the Bolts Andrei Vasilevskiy and Montreal’s Carey Price hasn’t materialized. Vasy has outplayed Price and then some. The Lightning’s defensive corps and overall team defense has been superior to that of Montreal. It’s just that honest.
What many fans believed could turn out to be quite a competitive series has been anything but. I have little reason to think that the Bolts won’t be lifting the Cup to the Centre Bell rafters tomorrow eve, and if not tomorrow, G5 would be Wednesday night.

There has still been some chatter about how the Bolts worked the salary cap this year and in the playoffs. But the fact remains that they have broken no rules. With or without that bit of drama, the reality is that Tampa has the best hockey team on the planet right now, in any league, anywhere. It’s that simple.

Instead of chastising them for taking advantage of that setup, I can only congratulate them on their win. The Bolts have arguably been one of the top three or four clubs in the NHL over the past eight seasons or so. That is without dispute or controversy. If you are a fan of the game and league, you know how hard this brilliant trophy is to win. The Bolts are only the third repeaters in the past 24 seasons. I believe it’s time to state “hats off” to the victors! Job well done, Tampa!

THE MINNESOTA WILD has agreed to a new eight-year deal with forward Joel Eriksson Ek. The contract will pay out $42mil over its term. In analyzing this deal, I believe it is fair and works for both player and team. I’m glad this deal got done and that the club is holding on to this player.

I’ve admired this kid from the start, even if a segment of the fan base didn’t. Eriksson Ek was taken in the 2015 Entry Draft; he was a first-round, 20th overall pick. In the 2017 World Junior Championship, JEE had 6 goals & 3 assists for 9 points in 7 games for Team Sweden. They finished 4th in the tourney.

However, he was ranked in the top 10 international players before the 2015 entry draft and justified that. His development and improvement have been steady, and as I mentioned, not all fans have embraced him right off the bat. His offensive game has taken some time to emerge, and that has elevated some fan angst on various blogs and articles where fan commentary is allowed.

I have defended him against these types, noting that his defensive skills have earned him the right to be on the club. In addition, not all players develop at the same pace.

But, some fans do not take the long view. I’m glad the Wild have.

Joel’s offense is trending upward; he finished fourth in the Selke Trophy voting (best defensive forward) this past season and has turned into one of the better two-way players in the league. And in the fall, when training camp begins, he usually takes first place in the fitness testing done on all Wild rostered players.

He is quiet, mannerly, and the kind of young man you want on your team and in your city. I’m pretty glad he is staying. Good job, Billy Guerin!

FURTHERMORE; on the 2022 Olympic issue, I have got some more information. I know I have chastised Commissioner Gary Bettman over the years regarding the indifference to the league’s players participating in the games.

The reality is that the last time a new CBA was negotiated, there was agreement with the league and NHLPA to work together to make that happen. That didn’t make it an automatic, pack the bags, let’s go moment. But the two parties agreed they would work together on the issues to the extent they could so the players could go.

I must also note that I feel that Bettman likes the league’s players participating; it is a push from some of the owners that places him in the position he appears in. A bloc of them doesn’t like the league being shut down mid-season for the Olympic break.

Personally, I see it as a vast league/sport marketing opportunity.

Anyway, Deputy Commissioner Bill Daly is the point man on the Oly’s. He recently stated an ongoing dialogue between the league, the IIHF, and the IOC exists to work out the issues. Primary among those is the need to have insurance policies for the players relative to potential illness or injury, including COVID-19 coverage.

The length of any virus quarantine requirements may be a complicated issue as well. Players’ families may or may not be allowed to attend. It’s not as simple as it may seem. The cooperation agreement covers the upcoming 2022 games and 2026 in Italy. I’ve said it before; the Winter games are NOT the same without the NHLers involved. I hope this can be worked out...

THE DULUTH EAST situation with Hockey Coach Mike Randolph appears to be a “fait accompli.” I know of no intent on behalf of Randolph to rescind his “resignation.” And it would appear that the powers that be between the Superintendent, school board and a handful of others involved were desirous of this finish from the start. As a former coach (but nowhere near Randolph’s stature), this is an ending no one wants to go through.

One player, or perhaps a handful of players, whose value to the team was not what they thought it was, decided to challenge the coach, and upon not getting their way, efforted to make some problems for the program.

Instead of asking the coach what they could do to change their fortunes on the team, they took a different route. Thanks to fellow writer John Gilbert I have a clearer picture of the entire matter. However, I still have a big question; has Coach Randolph received any semblance of due process here? Because I think that it doesn’t appear that way. It would be one thing if the board didn’t wish to renew the contract. It’s quite another if ousting Randolph was the predetermined outcome they desired because of some disgruntled players that might not have been pulling their weight on the team. Randolph deserved better... PEACE