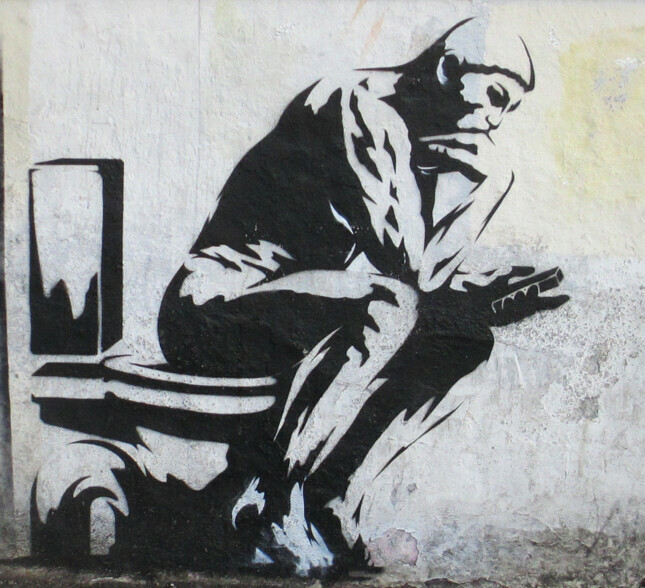 One morning in 1975 at Proctor’s Old Summit Elementary School I availed myself of one of the few perks of being a teacher. I took a seat in the Teacher’s lavatory.

This was the start of a second year’s teaching following my disastrous first year. Never an overly organized student, my habits followed me. On more than one occasion my late grades delayed the report cards for the entire high school. Fury with some students led me to slam a classroom door causing its glass window to shatter. Even more devastating was the decision by half my swim team to quit if their previous coach wasn’t reinstated. Their departure gutted what had once been Proctor’s most promising sport.

But even this paled compared to my greatest mistake. I came to the conclusion that joking with kids didn’t educate them. In desperation to create an orderly class I took the advice of a grizzled old teacher. He told me never let the kids see me smile.

Playing warden was the worst advice I’ve ever followed and it was counter to every lesson I’d ever learned in life.

To this day those two years are the only part of my life that remain fuzzy to me because I worked so hard to blot them from my memory. They are also the only time in my life that suicidal thoughts would come unbidden to my mind on an unsettlingly frequent schedule.

I was demoted to teaching junior high school in the 1975-76 school year. I was exiled for the morning to the old elementary school across town. Proctor bussed their baby boom overflow to the old Summit elementary because they didn’t all fit in the high school.

After I finished my morning classes at Summit I had four minutes to race to my car, cross Proctor, park and scramble to get to my next class in the junior high. I was always late.

The teacher’s contract required paying teachers to mind my students in my absence but there were no volunteers and this was too extravagant an expense for the district. Sometimes a DMIR train bearing taconite for steel mills would block my path for an additional five- or 10- minute delay.

But on the morning, that I sat in the quiet of the teacher’s bathroom, all that mattered to me was a moment’s calm. As I tended to my business the door to the hallway opened. Someone else was answering nature’s call. I thought nothing of it.

The door to my stall swung inward and smacked against the metal wall at my side. In a start I looked up to see Summit’s elementary school principal standing and gawking at me in surprise. He had just kicked the door in.

“Oh, I thought it was a kid,” he stammered. “Some kid has been sneaking into the teacher’s bathroom.”
He quickly backed away into the hall.

The principal was obviously a first-class prick. I couldn’t help but identify with the kid who had just escaped my embarrassment.

As a kid I was bashful in public restrooms and I wasn’t alone. I knew that because for my swim coaching duties I’d read Olympic Swimmer, Don Scholander’s, book on the sport. Scholander described with relish how he loved to psych out opponents just before a race. When he saw one of his rivals heading into a bathroom he’d sidle up to the stall next to them and relieve himself first. Often helpless to pee next to the great Olympian they were so psyched out that Don could count on beating them in the heats to follow.

At least Scholander’s victims were his peers and not the bashful 10-year-olds whose education was entrusted to him.

I’ve come to understand that my incompetence those years wasn’t necessarily the worst thing students faced in school. And it was a two-way street.

Students are notorious for turning the tables on teachers. Stress has caus-ed a great many idealistic teachers to quit. For much of the last 40 years schools could easily replace burned-out teachers with new college grads. Why invest time easing new teachers into their challenging work when sink or swim would work? It worked on witches in Middle Ages.

Of course, after tenure was granted, union solidarity might also insulate teachers from a district’s higher expectations.

Being told I was fired was a gut punch but it was the right thing to do. Still, it would have been nice if someone had looked after my class when I was stuck behind a train.

A couple years later I called the principal who had gently told me that I was fired. I was making cold calls to sell life insurance. He listened to my pitch then told me he was selling Amway products. He was the only one to make a sale that day.

I let him empty my car’s oil while he replaced it with lubricant fit for a jet fighter. I must have been one of his first sales because he was a little perplexed about what to do with the dirty oil he’d drained. No problem. He walked over to a rivulet of water in his back yard and poured the oil in.

Out of sight out of mind. Kind of like a washed up teacher.