Is life the flash of fireflies? 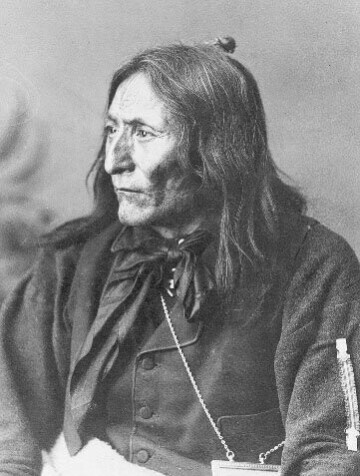 When lampreys and humans ate each other

Some of my musical favorites are on Andrew Lloyd Webber CD containing Phantom of the Opera, Jesus Christ Superstar, Evita and Cats. He loves to rehabilitate old stuff. He just bought the oldest continuously running theater in London, the Royal Drury Lane which opened in 1663.
It’s ironic the Divided States of America is already falling apart in a little more than two centuries. The theater burned down three times between 1663 and the last “rebuilt” in 1812. Webber is now restoring it to its “former Georgian grandeur.” The first play in 1812 in the new building on the old lot was Shakespeare’s Hamlet, followed by a musical farce The Devil To Pay.

During this period, street hawkers peddled single page “newspapers” for a penny that listed the dead in the London parishes. During just one week in February of 1664, the pages listed 393 death notices. Deaths were announced by ringing the closest church bells. Usually the name was accompanied by the cause of death. The afflictions ranged from “Jaundice,” “Apoplex,” “Dropsie,” “Dead in the Streets,” “Stillborn,” “Suddenly,” “Aged,” “Consumption,” to “Scalded in a Brewer’s Mash.”

Another fascinating statistic: George III became king because his predecessor, Queen Anne, although having 18 pregnancies, had only one child survive beyond the age of two – and he died at 11! I repeat: death was an early constant.
Death was also a constant more than 1,600 years before the penny newspapers counted the London deaths. The Romans of Emperor Augustus in the time of Jesus Christ had a record of killing everything that lived.
Christians served as lion and tiger food in the coliseum, while once a year Romans crucified dogs in a religious rite called supplicia canum – for some reason. Lampreys, a three-foot-long fish loaded with extremely sharp teeth that attaches itself to other fish, was a favorite delicacy of wealthy Romans, and was grown in pools in the homes. There is record of a slave being tossed into a lamprey pool by an irate owner because he had broken a crystal wine goblet while serving guests. He was chopped into bits by the sharp teeth. Unlike Jonah, he didn’t survive a fish.

Why is our life expectancy going down instead of up?

Our life expectancy has been slowly going up since industrial and political revolutions improved the lives of many, more than doubling since the plagues and the living and dying conditions of the 17th century.
However, it has been slowly decreasing over the last few years because of increases in murder, manslaughter, hate attacks, mass shooting murders and suicide. The country is saturated with firearms which end up deciding little conflicts.
The Sacklers with Oxycontiin have overdosed an average of 50,000 a year until their total is more than 500,000.
Killing one person can get you death row. Killing 500,000 makes you rich at $13 billion.
In 2021 we are on a pace to kill 91,000 with drug overdoses. We are also on a pace to kill more than 44,000 with firearms after setting records last year. So far this year we have had 104 drivers attempting to assault protestors with intent to kill. We even killed more people during the pandemic because less traffic increased speeding accidents!

Numerous countries around the world are involved with revolutions and wars over religion, race and economics killing thousands. Is life really very brief and meaningless?
Shakespeare lost his 11-year-old son Hamnet in a plague, and used Macbeth in 1605 to express his thoughts about life: “Life’s but a walking shadow, a poor player/ that struts and frets his hour upon the stage,/ And then is heard no more. It is a tale told by an idiot, full of sound and fury,/ Signifying nothing.”

We have to remember he wrote both tragedies and comedies.

The last year of life can be very painful – and profitable

According to health insurers, the last year of life costs us about 13% of total health costs of about $1.7 trillion. Primarily it’s because we still have incomplete answers about the treatment of many diseases. Cancer, as an example, comes to us in stages which are difficult and expensive to treat – if there is a treatment.

Some cancers are fatal. Other diseases are fatal from the first diagnosis. Lou Gehrig’s disease, a fatal condition of the nervous system also called ALS, is another.
Bobbi Jacobson, a victim of ALS, described his situation in a letter to the Star Tribune on Sept. 23, 2019: “I have been living with ALS for 20 years now. I can no longer speak intelligibly, walk, dress, or use the bathroom without assistance. Most people with ALS suffer an agonizing death as one organ after another shuts down. Eventually I will lose any ability to eat without being fed through a tube or to breathe without being attached to a machine. It is likely I will slowly suffocate from my body’s inability to suction the fluid out of my lungs. Throughout all of this, my thinking will remain sharp and my senses intact. Before I reach this stage I’d like to have the option for a peaceful, painless death.”

For more than three decades reputable polls have proclaimed that a strong majority of Americans support medical aid as an end-of-life option. That’s when religious leaders, who have read about their ancestral leaders in the Vatican burning humans at the stake, gouging out eyes, cutting off tongues, stretching heretics to NBA length on the rack, filling the stomach with water until it ruptures, and employing the Pear and Breast Ripper on women, start screaming about breaking “Natural Law.” They insist it is good for people to suffer a painful “natural death” because it is a redemptive act. You will be rewarded in Heaven for suffering more!

Where is that writ large? Shouldn’t religious leaders, Catholic or Protest-ant, Hindu or Muslim, Tennessee Snake Handlers or Great Spaghetti Monsters, Scientologists or Orthodox Jews, try to alleviate pain and show some compassion instead of cheering on cruel, pointless and needless suffering?
The second we are born we start dying so we are all fertilizer
Our essential cells are growing and dying all day, every day. As an example, the life span of our red blood cells, absolutely essential to life, is about 115 days. So my red blood cells have been totally replaced about 270 times in my life so far.
I hope I get a few more replacements. But death will not be the end of my body. Soon after death, tissues oxidize and decay. Tiny critters will eat me. The grass, trees, flowers, stinkweed and poison ivy will stay green because of my body.
Science tells me my atoms will remain intact and will race around to become involved in creatures and “things.”
The 100 billion Homo sapiens who have already died are already in a 100 billion things such as gigantic blue whales to infinitesimal parameciums.
Science is observable every second to 100 million-year-old fossils to day-old Mayflies. Science answers most questions about the wondrous circus we live in. Science often does not tell us to our satisfaction why we are on one planet.
The inquiring mind wants to know why we are here, so the ever-present prophets, soothsayers, grifters, crusaders, shamans, priests and ministers try to answer the questions science doesn’t answer. Many religionists believe they have the answers.
History has always shown because of wars, pandemics and cultures the human brain can lose the capacity to process the thought of death when they reach astronomical numbers. Think COVID-19 and 600,000 deaths by virus and our 44,000 killed and 100,000 wounded a year by firearm pandemic.
Some men have made heroic choices. In a 1912 expedition to the South Pole, Captain Lawrence Oates fell so ill he realized if he held up the other men on the march to the pole they all would die in the extreme conditions. He announced his death by saying before walking out of the tent into a blizzard, “I am just going outside, and may be some time.”

The rest of the team survived because they marched immediately. Sometimes the dread of mortality has inspired the dream of immortality. Hamlet said something about “the dread of something after death…puzzles the will, and makes us rather bear those ills…”

Who decides how much pain and suffering a person should endure?

A dozen states, excluding North Dakota, of course, are currently studying whether to allow medical assistance to end a human life. Eight states have approved such assistance, with Oregon being the first more than two decades ago.
Some religions have been opposed to such assistance, saying that prayer and “natural law” is the answer to pain and suffering.
The Christian Science Church founded and led by Mary Baker Eddy, taught that disease was unreal because the human body and the entire mater-ial world were mere illusions of the credulous, a waking dream. Those who knew “The Truth” would be instantly healed by praying “Man is not matter, he is made up of brain, blood, bones, and other material elements.”

They had political power in the Nix-on White House. At one time in the 1970s it had passed laws in 47 states exempting Christian Science students from childhood immunizations. But too many young and old died of polio, diphtheria, smallpox, measles and other diseases because of lack of medical care.
The Vatican recently condemned the international acceptance of euthanasia and assisted suicide in Europe and the Divided States, with this statement approved by Pope Francis: “Euthanasia is an act of homicide that no end can justify and that does not tolerate any form of complicity or active or passive collaboration. It is gravely unjust to enact laws that legalize euthanasia or just and support suicide.”

The Vatican defines euthanasia as the “painless killing of a patient suffering from a physical or mental disease.”
Evidently the current Vatican and pope will not allow Catholic priest, bishop and cardinal to deviate from this statement. It added that any deviation from the church teaching “will jeopardize” their right to identify themselves as Catholic.
Relieving pain and suffering, with all the suffering and pain it has com-mitted in 2,000 years, is evidently not high on the Vatican list.
Perhaps the Vatican and Pope Francis could learn something about life and death from an American Indian, Chief Crowfoot of the Blackfeet Tribe of Montana: “We are feathers in the fire, ascending for a short time only to be consumed. What is life? It is the flash of a firefly in the night. It is the breath of a buffalo in the wintertime. It is the little shadow which runs across the grass and loses itself in the sunset.”