Randolph resigns after 658 victories at East 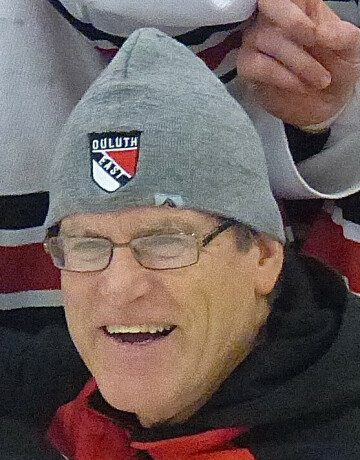 Mike Randolph, considered by many supporters and rivals to be the best hockey coach in Minnesota, resigned Tuesday after 32 years as hockey coach at Duluth East High School.

Randolph established the Duluth East Greyhounds as a true elite power in Northern Minnesota and a threat to reach the state tournament annually. He led East to 18 state tournaments and his teams won two Class AA championships, in 1995 and 1998, and finished runner-up six other times.

Randolph played center for Duluth Cathedral under the legendary coaching of Del Genereau on teams that dominated the private and independent state tournaments, frequently facing Hill-Murray powerhouses for the championship of the non-public tournaments, and also on teams that routinely beat the best public schools.

He went on to become an assistant coach for Genereau when he started the program at St. Scholastica, and then spent two years as head coach at Cathedral before he assisted coaching at UMD and at Denfeld, helping the Hunters to the one-class state tournament. When he got the chance to go to Duluth East, he immediately restructured the rich youth program and the high school culture of the Greyhounds, who became a legitimate challenger to the top Iron Range teams that had dominated the area.

The path hasn’t always been smooth, but Randolph steadfastly directed his players into positions where they were at their best, and his strongest quality was that instead of forcing one structured style of play, he waited until giving all his players chances to play through a heavy scrimmaging schedule to prepare for the toughest regular season schedule in the state. Only then would he design a system of play that would best suit his players.

Randolph also annually ran summer camps for youth hockey players, stressing skill development for Peewees all of June and Bantams all of July, and by the time those players reached high school, they knew the fundamentals of how to play and how to play for Randolph.

He was dismissed from the job in 2002 when he had some disagreements with administration, but after two seasons, dozens of former Greyhounds who had played for Randolph returned to Duluth to make a stand on his behalf at a school board meeting, and when those former players and parents put pressure on the board, Randolph was reinstated.

This past season was difficult because East’s flow of talent from youth programs grew thin, and the pandemic caused them to take some breaks from games — including right before Section 7AA playoff time, when the week’s quarantine would overlap, and caused the Greyhounds to drop out of the sectional.

Randolph said he would speak at a press conference Friday at Heritage Center, but he intimated that the unrelenting attempts to undermine his operation of the program have gotten to extremes that have evolved to political maneuvering with the administration, which has assigned an investigator to look into complaints issued by some disgruntled players.

Such criticism is common at many high schools, and Randolph has generally been able to keep things running smoothly in spite of the situation, which has caused coaches’ resignations at numerous other state high schools.