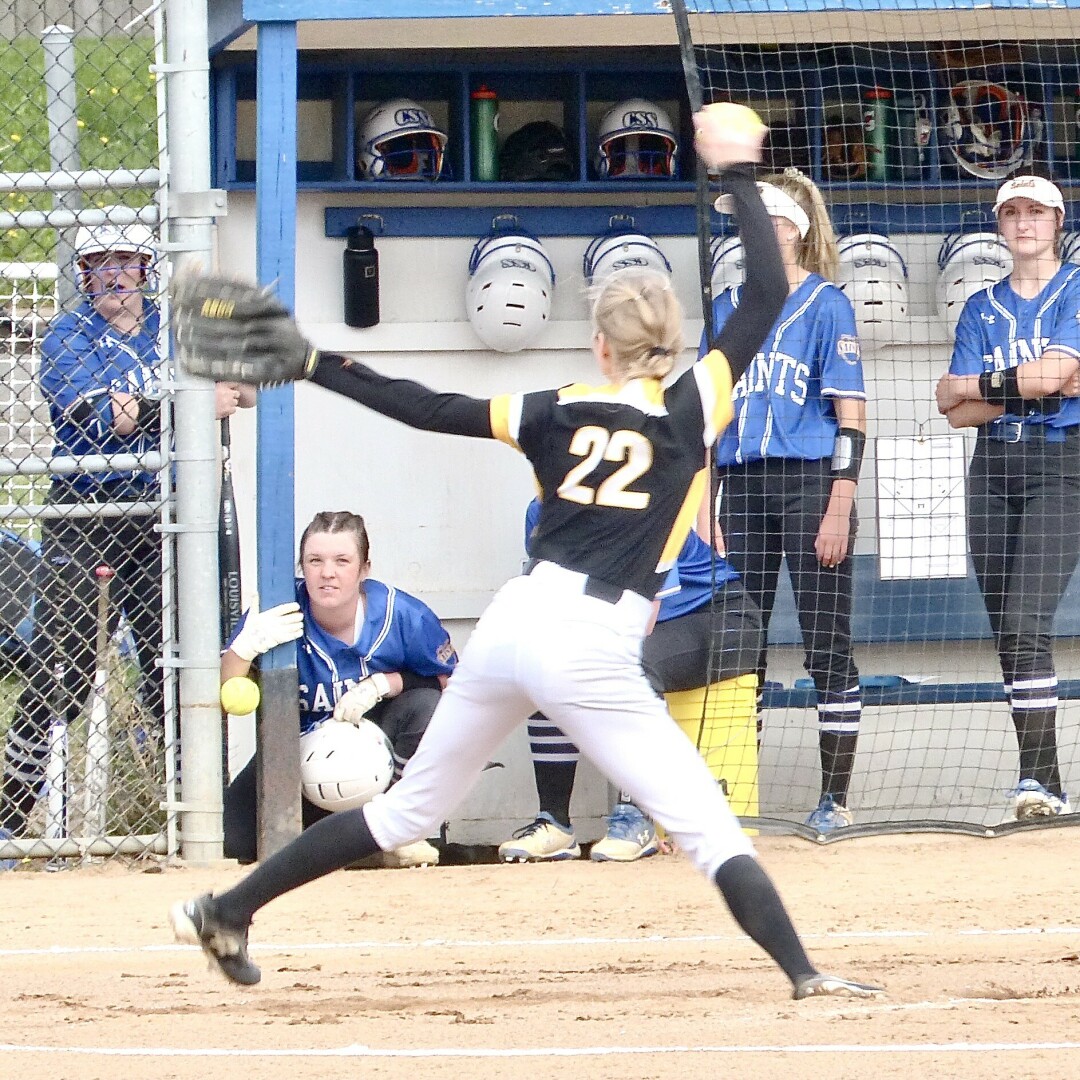 Great thing about the Stanley Cup Playoffs, your favorite team can be struggling, giving up goals in record quantities, and seemingly overmatched from either a realistic or artistic standpoint, yet if they can find a way to put it all together in the first game of a seven-game series, all is right with the world.

That’s what the Minnesota Wild has done to the collective sports mentality of Minnesota, brushing aside a finish that was more than just struggling — do you call yielding 40 goals in the last 10 scheduled games a struggle? — and skating into Vegas for a 1-0 victory in Game1 of their divisional series. The entire first round of playoffs has provided often-sensational entertainment, and I’m particularly engrossed in both the Islanders-Penguins series and the Washington-Boston match-up.

But the Wild put on an opening display of far more than just hanging on in Sunday’s series opener; this was showing up and doing your thing in the most challenging of situations. The goaltending had been the victim of the shaky play through the last 10 games, and we had no reason to believe Cam Talbot could pull a magical game out of his breezers when it mattered most. But he did. He stopped everything when Vegas outshot the Wild 19-5 in the first period. Wes Walz, who can be questioned far more as resident TV analyst than he could during a long career as an honest checking centerman, said after the flawless performance that the Wild must improve on faceoffs because they only won 38 percent of them, and that was the reason the Knights had such a big shot advantage.

Wrong, Wes. I figured the Golden Knights would come out storming in their home opener against a team that had beaten them five times (5-1-2) in eight regular season games, and they did. My question was whether the Wild could weather that opening barrage, and they did. The raucous crowd also seemed to intimidate the refs more than the Wild, because they called two phantom penalties on the Wild in the first period — one on Erik Fiala, who reached in with his stick to bother but apparently not touch a Knight skating around him, yet he was called for slashing. And Matt Dumba, who reached similarly and was called for hooking, made it two power plays that gave Vegas the chance for that 19-5 shooting edge. Wes apparently didn’t notice that the Wild didn’t do any better on face-offs in the second, third and overtime periods, but they outshot Vegas 25-23 in the second, third and overtime periods, to end up being outshot only 42-30 for the game.

The Wild came back to play as well as they have played in the second, third and ovrtimes, and when they left a hole, Talbot plugged it with an outstanding display of goaltending. The goal, the only goal, was a masterpiece of all the available parts contributing. Mike Foligno, who is an MVP candidate if he never scores, rushed defenseman Alex Pietrangelo, who was skating right to left behind his goal and flipped an almost casual clearing pass around the boards to elude him. Jordan Greenway was there on the boards, anticipating such a play, and fielded the puck cleanly and skated through the corner, headed behind the net. Pietrangelo, normally steady, chopped at Greenway, who went down to his knees, but as he slid behind the net, Greenway flipped the puck toward the circle, in the general direction of Foligno.

Foligno couldn’t control the puck, but he managed to deflect it to the slot, where Joel Erickson-Ek was waiting with time for a quick stickhandling adjustment and a quick shot that ticked off a defenseman’s skate and the ricochet went between the skates of the esteemed  Marc-Andre Fleury in goal, and the Wild had a prized 1-0 victory at 3:20 of sudden-death overtime.

Because Game 2 was late starting Tuesday night, we don’t know how that came out as of this writing. But regardless, the teams come to Xcel Energy Center for Games 3 Thursday and 4 Saturday. Game 1 has given us a taste of how well the Wild can play, and that is good enough to play with the league’s heavyweights. I have been impressed with the balance and depth on the club, although I do believe I would have found a way to fit Zach Parise into one of the four lines, although he may return as the series goes along. Not because he’s scoring a ton, not because he isn’t slowing down, but because he has 40 games of previous playoff experience in the NHL, and he’s playing for a team that has precious little experience. I also understand not rocking the boat, when it is sailing on smooth seas, but Parise is what Glen Sonmor would call an “every nighter.”

It is difficult if not impossible to think of a bigger Cinderella story than the University of Wisconsin-Superior women’s softball team. They came to St. Scholastica’s Kenwood Field as No. 5 seed, behind No. 1 St. Scholastica, No. 2 Bethany Lutheran, No. 3 Northwestern of Roseville, and No. 4 Northland. Nothing was certain, and UWS has a young team, under a youthful coach in Melissa Fracker who looks like she should be playing outfield and maybe batting fifth. The Yellowjackets hopes depended a lot on a pair of sisters from Spring Green, Wis. — Tayler Kraemer, the freshman pitcher and No. 2 batter, and Kaela Kraemer. the star sophomore shortstop and leadoff hitter.

Tayler Kraemer pitched the 7-2 opening victory over Northland, which sent the No. 5 seed up against top-seed, defending champion and host St. Scholastica, who jumped to a 2-0 lead in the first and made it 3-1 before the Yellowjackets did what most opponents simply don’t do against the Saints — come back. Jessica Jacobson, a freshman outfielder, completed a 4-for-4 day and the comeback, delivering a 2-run single in the sixth for a temporary lead, and added an RBI-double in the eighth when the Yellowjackets stunned the Saints 5-4.

It looked like a bleak day for Twin Ports entries when UWS lost 2-1 to No. 3 Northwestern of Roseville on Friday in 9 innings. Ironically, Tayler Kraemer might have pitched her best game in the tournament in the only game UWS lost, as she allowed only one hit until the ninth when Northwestern got two hits and generated the winning run.

Bethany Lutheran kept the Kenwood Field rocking by stifling the Saints, building a 4-1 lead, and then ballooning it into astounding leads of 7-1 and, in the top of the seventh, 11-1. But the Saints showed what they were made of by rallying in the last of the seventh for a dramatic surge. Kari Breuer knocked home a run with a double, and pitcher Olivia Howe — the top hitter in the nation — singled home two more. Then senior Toni Bishop socked a 3-run home run and the Saints had closed it to 11-8, all with nobody out. But after getting two runners on base, the Saints couldn’t get any more across and fell 11-8. It was unprecedented for a top seed, let alone St. Scholastica, to be finished after going 0-2.

As teams were being eliminated, No. 2 seed Bethany Lutheran was looming as the next “impossible” hurdle to face UWS, in the final game on Friday. The teams battled to a 4-4 tie after seven innings, when the game was suspended by darkness. They resumed Saturday morning and the Yellowjackets finished off a 6-4 shocker in nine innings, as Kaela Kraemer got three hits and Tayler Kraemer two, to leave the Yellowjackets standing alone with one loss to face still unbeaten Northwestern, the team that had beaten UWS 2-1 in nine.

But the ‘Jackets were rolling, and knocked off Northwestern 5-2 as Tayler Kraemer kept pouring strikes across the plate and went 3-4 with two doubles, as her teammates made all the plays behind her. That meant they would have to play one more final game to decide the championship, and Tayler Kraemer blanked Northwestern 4-0 to settle that.

There was no doubt who would be tournament MVP, as Tayler Kraemer had a 5-1 record, with a 3-hit, 1-run game in her only loss. For the tournament, she was 5-1 with a 1.25 Earned Run Average over the 44.2 innings pitched in the six games. At the plate, Tayler Kraemer went 3-4 in the first showdown with Northwestern with two doubles, and she went 2-4 with another double in the 4-0 finale. Kaela Kraemer finished a 3-5 performance to spark the carryover victory in the tense 6-4 battle with Bethany Lutheran.

By winning, the Yellowjackets get the UMAC’s automatic berth in the NCAA Division III regional, which will be in Waverly, Iowa, at Wartburg College. UWS is seeded sixth, which seems just fine with them, as they take on top ranked St, Olaf (24-5), which was champion of the MIAC, but needed an at-large invitation to the regional after losing the MIAC tournament final to St. Thomas, which is in the same regional in its final D-III tournament appearance before going Division I in all sports this fall.

The Saints, meanwhile, were great hosts and don’t leave their 32-8 season without considerable all-UMAC hardware. Leading the way is Olivia Howe, who split pitching chores before getting both tournament starts. She was a good, left-handed pitcher, but she was even a better left-handed slugger at the plate, where she set a record with 66 hits, and another national standard with a .545 batting average, where the old record was .518.

But the weekend magic belonged to the unheralded UWS Yellowjackets, who were seeded No. 5 but proceeded to beat No. 1 St. Scholastica, No. 2 Bethany Lutheran, No. 3 Northwestern twice, and No. 4 Northland. They have earned whatever they can achieve in the NCAA tournament. 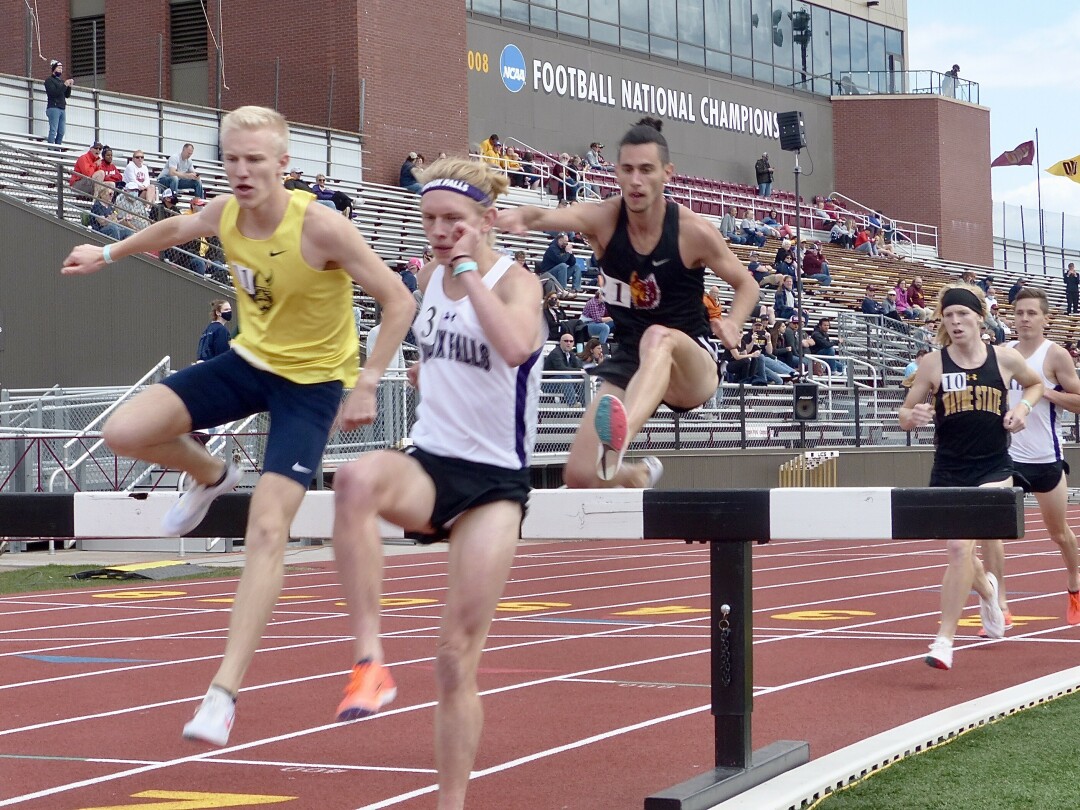 Augustana, Mary and MSU-Mankato were the big winners at the NSIC track meet held at Malosky Stadium last week, as Augustana placed second in men’s competition and third in women’s to take the overall title. Mankato won the men’s title at 214.5 to Augustana’s runner-up 115, and Mary won the women’s title with 175 to 157 for Mankato and 90 for Augustana. But two of the most noteworthy events were conducted on Friday, when Augustana captured both the men’s and women’s 3,000 meter steeplechase runs.

Ryan Hartman, a freshman at Augustana, simply pulled away from a tight cluster up front to win the men’s in 9:07.77 to the 9:08.88 of runner-up Riccardo Done of Northern State. In the women’s 3,000 steeplechase, and interesting drama unfolded with sisters Rebekah and Rachel Rairdon finishing 1-2 for Augustana. The two juniors had a good race, with Rachel Rairdon finishing in 10:36.99 and Rebekah Rairdon in 10:50.68. On Saturday morning, Rebekah Riardon was presented the NSIC Elite 18 Award for women’s outdoor track and field, and the presentation said she finished “runner-up in the 3,000-meter steeplechase” the day before, and that she had run a personal best of 10:41.42 in the event. Not mentioned was that her sister, Rebekah, was the only competitor to better that mark — by nearly 5 seconds — and had won the race.

UMD’s senior Kendall Hill won the NSIC Elite 18 Award for men’s outdoor track for the fourth straight time. A civil engineering major with a 4.0 grade point average, Hill also won the award for indoor track in 2020, and also at both cross country and track and field championships in 2018.