Quality of water, quality of life 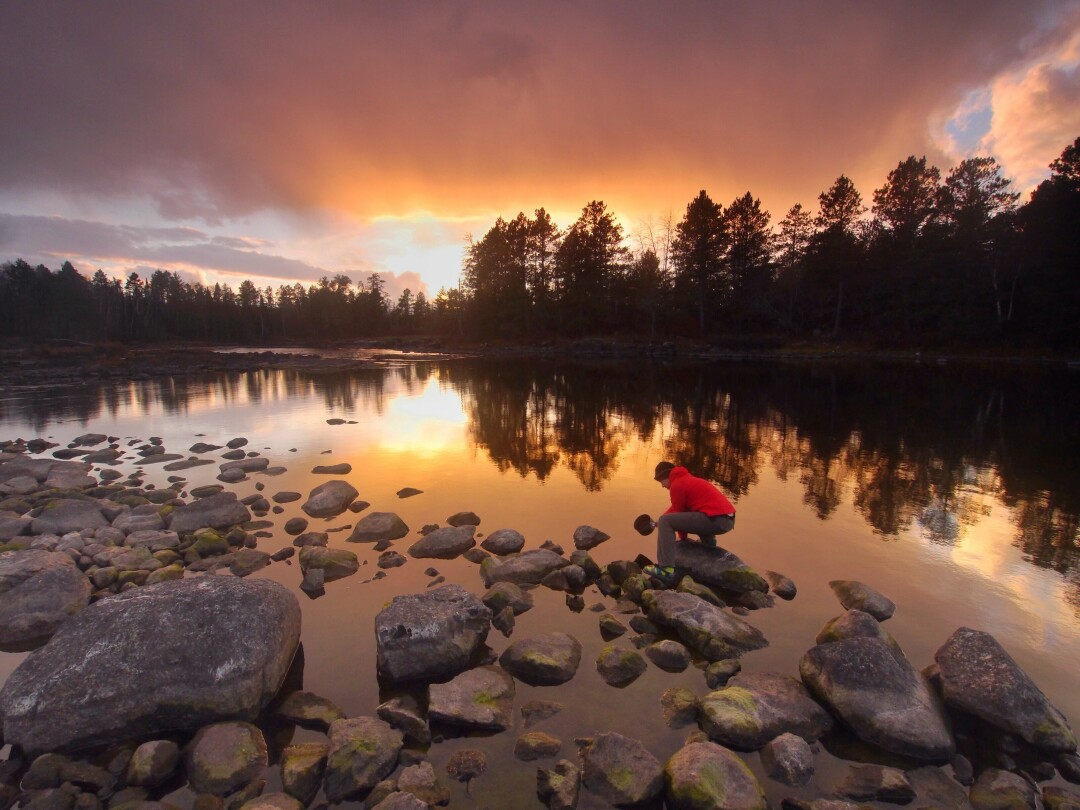 Photo courtesy of Save the Boundary Waters

In 2012, when my husband, Bob, and I were deciding where to retire, one of our prime considerations was water – both proximity to it and purity of it.

Why was this such a major factor in our deliberations since we do not sail and (unfortunately) rarely canoe or kayak? We had other reasons which, in retrospect, were prescient.

Although I am English and Bob is from the Midwest, our jobs had taken us to Little Rock, Arkansas, for three decades. Our interest in the outdoors and in environmental justice led us to the Sierra Club’s Central Arkansas Group, first as members and then as officers.

Arkansas’ state motto is “The Natural State,” and indeed it abounds in rivers, lakes, fish and wildlife. But the state does not live up to its nickname because it privileges extraction and exploitation over stewardship.

OK, enough of Arkansas! When we tell locals here that we retired to Duluth even though we didn’t know a soul and had never experienced a winter this far north, they usually smile. But we haven’t regretted our decision.

From the time we first arrived in September 2013, we became involved with various initiatives concerning threats to water quality, and we began to suspect that despite being “The Land of 10,000 Lakes,” Minnesota did not adequately protect its water heritage.

Laws and regulations might be on the books, yet they were/are not consistently monitored or enforced. And we were surprised how many politicians on both sides and at all levels failed to envision innovative job creation apart from the fossil fuel industries.

As recently as April 26, 2021, the North Star Sierra Club Chapter delivered a mid-term report card to Governor Walz regarding his environmental promises vs. actions. In most of the nine areas listed, which correspond to carbon emissions, the Governor received Ds or Fs (see Gov. Walz Climate Report Card – walzclimatereport.org).

As Duluthians, we quickly learned about other threats to water quality, especially through proposed sulfide ore mining developments like PolyMet. For while this kind of mining does not currently exist in the state, it does occur elsewhere in the world where it has polluted the environment at every mine site. In water-rich locations like Minnesota, it would have devastating consequences.

For many decades the tribes in Minnesota have issued warnings about water quality and have taken a strong stand against attempts to weaken it. They have a vested legal and cultural interest because water pollution affects tribal waterways as well as traditional food sources.

The WaterLegacy website describes the Fond du Lac band’s legal victory challenging PolyMet’s construction upstream from the reservation. In it, the court ruled that the EPA failed to follow the law, and as a result, the U.S. Army Corps of Engineers suspended PolyMet’s permit to fill or dredge a large swath of wetlands (see Fond du Lac Band court victory helps all Minnesotans concerned with clean water | wordpress.com).

Paula Maccabee, WaterLegacy Advocacy Director and Counsel, reinforces the importance of tribal involvement, “Through thick and thin, the tribes remained the guardians of the water and the living beings who depend on water.”

WaterLegacy, the tribes, and other entities such as the Sierra Club, Duluth for Clean Water, the McCabe Chapter of the Izaak Walton League, and the Minnesota Center for Environmental Advocacy continue to challenge not only the proposed PolyMet mine but also other copper sulfide mining projects, such as Twin Metals, and additional threats to water quality. With the Biden administration’s renewed emphasis on green job creation and climate change, sulfide ore mining in Minnesota continues to be challenged.

For instance, on April 21, 2021, the Star Tribune reported on yet another legal decision, this time showing how the EPA botched the issuance of PolyMet’s water permit (see EPA botched oversight of permits for PolyMet mine, internal investigation finds - StarTribune.com).

In March, a federal court stayed the group’s lawsuit challenging the illegal renewal of Twin Metals’ expired mineral leases in light of the new national leadership at both the Department of the Interior and the Agriculture Department.

The fight gained added support when Senator Tina Smith recently requested that the Biden administration reinstate a study that could lead to a 20-year moratorium on mining in the Rainy River watershed.

I could go on and on about dangers to water quality in the Northland and therefore to our quality of life. But let me just touch on one more risk.

Duluth and Superior are rightly proud of all their outdoors oppor-tunities, including fishing in the St. Louis River Estuary. Yet for decades state officials have warned people to severely limit fish consumption from this area because of toxic mercury levels (see Higher mercury in St. Louis River walleyes in eastern Minnesota comes from old pollution | INFORUM).

It’s tempting but ultimately dangerous to think that consuming fresh fish from the St. Louis River Estuary is healthy. The good news? Hotspot cleanups in the Estuary can help mitigate the threat, and fish caught in nearby water sources are not as contaminated.

In the future, water will become an even more valuable resource in northeastern Minnesota. So what can we do to safeguard it?

First, as reported on the Friends of the Boundary Waters website and elsewhere, Minnesota should adopt a Prove It First Law requiring independent scientific proof that copper sulfide mining elsewhere in the USA has operated for 10 years or more and been closed for 10 years or more without causing pollution (see Prove It First Law - Protection For The Boundary Waters (friends-bwca.org).

As State Senator Jen McEwen stated unequivocally in her May 3, 2021, Capitol Update, “We will not be the guinea pigs for untested sulfide mining in Minnesota.”

Second, we can all accept this offer from the Anishinaabe group Honor the Earth: “This is the land of water; and we face pipelines, mega mining projects and more. We invite you to join us to become a Water Protector” (see Welcome Water Protectors - Honor The Earth (honorearth.org).

Zabelle Stodola is a volunteer with the Sierra Club’s Duluth Clean Energy Team and in her free time enjoys gardening, advocating for progressive causes, and spending time at the family cabin near Brule Lake.