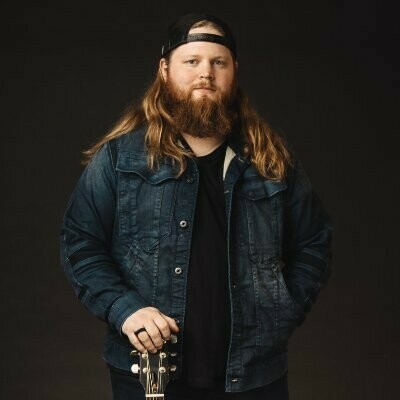 A year ago April, Chris Kroeze saw his future start to dry up as some really big gigs were shut down.
“That was a really weird feeling and I was unsure what I was going to do,” Kroeze said in a recent telephone interview. “Contrary to popular belief, being on TV doesn’t get you all the fame and fortune. You still have to work.”

“I was booked to be the direct support opening for bands like Little Big Town, Carrie Underwood, Lynyrd Skynyrd, Luke Combs, these very heavy-hitting shows that would be awesome to do.”
And then there was nothing but the giant chasm of the pandemic.

“I thought, what should we do?” he said.

Talking about the situation with his manager, Kroeze said they decided they didn;t want all his hard work to go down the drain through inactivity.

“It can be depressing,” Kroeze said. “So I looked at it as a way to do something. The way I was booked, I wasn’t going to have any time to do any songwriting or recording. So I could do a ton of that, which was great. I really got to develop the storytelling aspect of my shows a lot more. I had the time to really develop as an artist over this last year. There was a lot of good things that came out of it for me. I got to go down to Nashville and write songs with a bunch of cool songwriters. Recorded a record down there. You want to talk about an interesting experience, recording a record in a studio in Nashville during a pandemic. It’s a pretty weird process, but we got it done.”

Last summer he released the single “Summer Song,” which he says “is creeping up to a couple thousand spins on Spotify. For me, a small town guy from Wisconsin. If I’ve got 200,000 listens to a song, that’s very exciting for me.

That was followed by the single “Same Ole.”

“That’s the first time I did a national radio push,” he said, adding that he got assistance with pushing the record to national radio from some of the connections he made in Nashville.

“It did a lot better than I thought it was going to. We ended up No. 38 on the country indicator chart, which is crazy,” Kroeze said. “Looking at these charts, there’s a Kenny Chesney song right in the same wheelhouse, which is just crazy. So this past year, there’s a lot of bad things, but I’m so glad I found the silver lining. Another silver lining, I’ll probably never spend that much time with my kids. We spent so much time making cool memories, getting outside, fishing, camping, all that fun stuff.

Kroeze came to national prominence in 2018 as runner-up on The Voice. But don’t get the idea he was an overnight sensation.

The 30-year-old from Barron, Wis., started playing guitar at age 6, and started earning money playing music in bars at age 13.

“I played all through high school and went to college in Minneapolis for audio production and engineering. Still playing every weekend all through college and just barely making enough to pay my rent in the Cities. Out of college, I started a job as a laborer for a concrete company. That was probably the best motivation ever to really get going because I knew for sure I didn’t want to do this forever. Nine months into doing concrete, I went up to a little Office Max in Rice Lake and bought a giant paper calendar that you put on your desk and started cold calling bars.”

That was in 2011. Within a month of cold calling music clubs throughout Wisconsin, he had himself booked for a year.

“From 2011 until 2018 when I went on The Voice, I was doing 250 to 275 shows a year. I dove in head first and it was a tall order, but I somehow made it happen and stuck with it, and got a decent following. That really helped me on The Voice, having all these people who saw me in these little bars. The busiest chunk of time was August 2017. I kind of overdid it. I booked 33 shows in the month of August. It was craziness.”

But it was also him taking his destiny by the scruff of the neck and forging a path onward and upward.

“I love my life,” he said. “I’m very happy. I’ve got a wife and two kids. We’ve got a house in the country and I get to make music for a living. As a kid I would dream about having my own recording studio and now I do. Now I get to live and breathe music, and family. Those are the big ones.”

While Kroeze has played Duluth before, his May 13 show at West Theatre will be his first public performance here.

“I’ve only played a couple of private events there, so I’m looking forward to that,” he said. “Such a cool energy there.”

The show will be just Kroeze and his guitar and the fine acoustics of the West.

“I love playing these big, huge festivals. It’s a euphoric feeling I can’t even describe,” Kroeze said. “But there’s something that can’t be replaced with an intimate theater. I feel you can really connect with the crowd.”

And that is another thing he has been paying attention to during the pandemic.

“I’ve spent a lot of time watching some of the great performers,” he said. “It might sound cliche, I’d sit and watch a live concert of Garth Brooks over and over, just the way he talks, it’s calculated but it’s organic at the same time. Whatever persona you put out there, that’s who you’re going to be the rest of your life. For me, it’s just pulling the curtain back and being myself. That seems to be working really well. I feel like I’ve been connecting with crowds better. I want people to leave my shows feeling like they know me.”

He said you can expect a whole bunch of new music at the show, including a new single that should be out by then.

"You can find music on my social media, Facebook and instagram,” he said. “I try to do my best to respond to comments. As much as I hate staring at my phone, I do it because it’s a necessary evil I think.”