The Aztec cure for greed 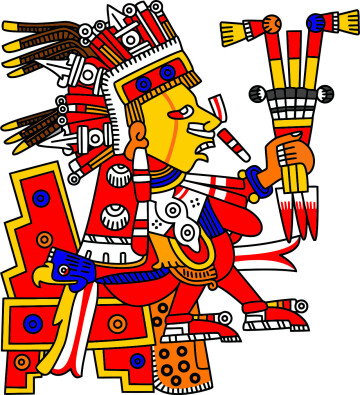 The longest civil war in history: Yankees vs. Planters

The American Civil War actually started in 1619 when 20 slaves were brought to the shores of New England. By 1860 there were four million slaving in our economy.

Our first eight presidents were slave owners and many signers of the Declaration of Independence that declared “all men are created equal” owned slaves.

George and Martha at Mount Vernon owned 125. George declared he would free them at his death. Martha “forgot” to do it. Thomas Jefferson and his slave Sally at Monticello, who mothered six of his children, owned 175 slaves.

Even General Ulysses S. Grant owned one slave for a short period of time. Twelve of our presidents owned slaves at some time in their lives.

The First Industrial Revolution be-tween 1750 and 1850 brought on the looms and machinery that turned cotton into cloth. The looming of 729,000 bales of cotton into cloth by 1830 turned into five million bales of cotton by 1860 – requiring the labor of four million valuable slaves in cotton country. By the start of the Civil War that caused the death of 750,000 Americans, including the deaths of many thousands of escaped and freed slaves.

There were more millionaires in Vicksburg and Jackson, Miss., than there were in the financial capital of New York City.

The continuing battle between the philosophy of the New England Yankees and the Old South Planters – although faces, names, and titles have changed – has brought about the battles we are still fighting without final resolution today. January 6, 2021 was just another skirmish in a possible “forever” war.

Peter Montague is a historian-journalist who has written on many subjects for an elite list of publications. He has written extensively on what has happened because of 400 years of slavery between the Yankees and the Planters.

Today we refer to them as Republicans or Democrats, Fascists or Democratic Socialists, or authoritarian populists or Communists.

Montague writes we have always been ruled by two very different ruling elites.

The Yankees-Democrats believe the rich and powerful must morally restrain themselves to use their wealth and power for the betterment of society and the common good.

In other words, everyone must pay taxes to fund education, care for the sick, provide for the needy and serve the elderly.

The Planters-Republicans believe they must have the liberty to exploit fellow human beings and the natural resources for personal gain with minimum or no restraint – and low taxes, minimum government and very minimum regulations.

And Planters-Republican Herbert Hoover built a lot of Hoovervilles during the Great Depression.

Ever since the Planters-Republican Supreme Court dumped the Citizens United campaign cash case on American politics in 2013, a tsunami of secret cash from the super-rich has leased, rented and bought politicians at every level, including the courts.

Issue One is a bipartisan group that examines the influence of money in politics. In a recent report, they list the top dozen mega-donors and their spouses, naming the six Yankees-Democrats and the six Planters-Republicans who gave a total of $3.4 billion since 2009 in an attempt to buy votes, Congress and the presidency. That’s one dollar for every $13 donated to each party.

The group also reported that the top 100 ZIP codes for political giving accounted for 20% of the $45 billion given to federal candidates between 2009 and 2020.

The shocking thing is, those ZIP codes represent only one percent of the population.

Some of the 100 top ZIPs do not have any residences at at all. They are in skyscrapers and post office boxes representing business addresses of the very wealthy.

The biggest spender of the dozen was Yankees-Democrat Michael Bloomberg, who spent $1.4 billion of his reputed $58 billion on politics and politicians through 2020. His failed campaign for president in 2020 cost him a cool billion.

The biggest spender for the Planters-Republicans was Sheldon Adelson, the casino magnate supporter of Jewish causes around the world, who dropped $523 million on Planters-Republican candidates through 2020. The dozen top contributors are White.

The Divided States Of America 33rd for taxes of wealthy countries

The Organization of Economic Cooperation and Development (OECD), which represents the top 37 industrialized countries in the world, has released a report on the total share of tax revenue as a share of Gross Domestic Product (GDP) for each country.

All French workers in the land of my family tree are eligible for these benefits by federal law:
(1) 35-hour work week,
(2) five weeks of paid vacation per year,
(3) 11 paid national holidays,
(4) if the worker uses public transportation to get to work, employer pays half of the cost,
(5) tuition for additional classes or training is paid,
(6) women are entitled to 16 weeks of paid maternity leave and husbands to 11 days of paternity leave for each child,
(7) the following days are paid: 4 days for getting married, civil unions 1 day, death in family 2 day, children’s marriage 1 day,
(8) state pays 70% of all medical costs, insurance is available for the other 30%,
(9) medical education paid for and doctors are paid by the state,
(10) there are unemployment and retirement programs too numerous to mention, and
(11) all pandemic medical costs are covered.

The United Nations Sustainable Solutions Network has been measuring the happiness of the citizens of countries for years. Nordic countries have always been in the top 10, with one usually in the “happiest” spot.

After interviewing 350,000 people in 95 countries, Finland has been named the top spot for the fourth annual report in a row.

Philosophy Professor Antti Kauppinen of the University of Helsinki describes why Finns have won four in a row: “People often do pretty well in comparison. This starts from education. Everybody has access to good education. Income and wealth differences are relatively small.”

The public school system is rated among the best in the world. College is free. There is a good universal health care system. With state support child care is affordable.

Every Finnish household has a government-maintained computer where family members do all their banking, taxes and other functions related to government and family.

A citizen added another important note: “This is a country where a 7-year-old girl or boy can walk alone to school without fear.”

The Divided States of America, the richest country in the world, rests in 18th place behind Costa Rica, Ireland and Germany because of social conflict, drug addiction, lack of health care and income inequality.

According to the International Monetary Fund (IMF), the financial watchdogs of the world, if governments of rich countries around the world do nothing to close the gap between the rich and poor by raising wages, taxing wealthy households and use the increased revenue to improve social welfare and safety nets, there is going to be hell to pay. The poor and the vanishing middle class will go hungry only so long.

During COVID-19 in the Divided States of America, while 400,000 small businesses closed or went bankrupt, while 22 million essential workers lost their jobs, while 575,000 poor and middle-class have died so far making the rich richer, while one in three American families cannot afford to buy diapers, while thousands lost their homes, while millions can’t pay their rent, while ten million are still unemployed, while millions have lost their health insurance, while almost half of American households cannot come up with $400 to cover an emergency, the world economy created 660 more billionaires swelling out the total to 2,755 for the world, 724 in the U.S. – for the moment.

Oh, there is a tiny minority of the wealthy who recognize they have a role in correcting economic inequality by offering to pay more taxes to provide a safety net for the poor and homeless, but a huge majority of the wealthy from their country mansion hear no cries of the hungry, see no one who is sick, and some are just plain greedy.

The Aztec priests had a cure for the greedy con/scam men of their time. They strapped the man down to a table, jammed a funnel in the mouth, and poured molten gold down the throat. When the gold cooled down, they removed it and threw the body on to a growing pile.

It’s a bit ironic that the rich black soil that stretches across the South from Florida to Texas was formed during the Cretaceous Period 145 million years ago from tiny marine plants at the bottom of a huge lake.
The land was perfect for cotton and millionaires took advantage of both the slave market and cotton market.

Cotton is no longer King in this huge area. Many of the counties stretching across a dozen states have a majority of poor blacks. Southern Alabama has 17 counties that are known as Black Belt counties. These counties are the sites of floggings, beatings, burning and lynchings.

Lowndes County is at the center and is typical of many counties.

Although by 1965 there were 5,000 Blacks eligible to vote in the county, not a one had dared to register because of Jim Crow laws passed in the century since their freedom was declared. Most residents still live in old trailers or dilapidated homes without septic systems. Human waste and other sewage is often “straight-piped” to backyards where children often play. The black soil is so rich almost nothing can percolate through it.

Septic systems to cope with the soil often run to $20,000. Few families can afford them. It’s against the law to “straight-pipe” or “fail to maintain” a septic system.

There are still 500,000 American homes without toilets, two million without running water, and millions without adequate septic systems or waste treatment plants.

The richest man in the world owns several mansions in this country, and the one he lives in in Washington D.C. has 27 bathrooms. I wonder how many bathrooms he has in his other mansions.