Is Christianity in limbo? 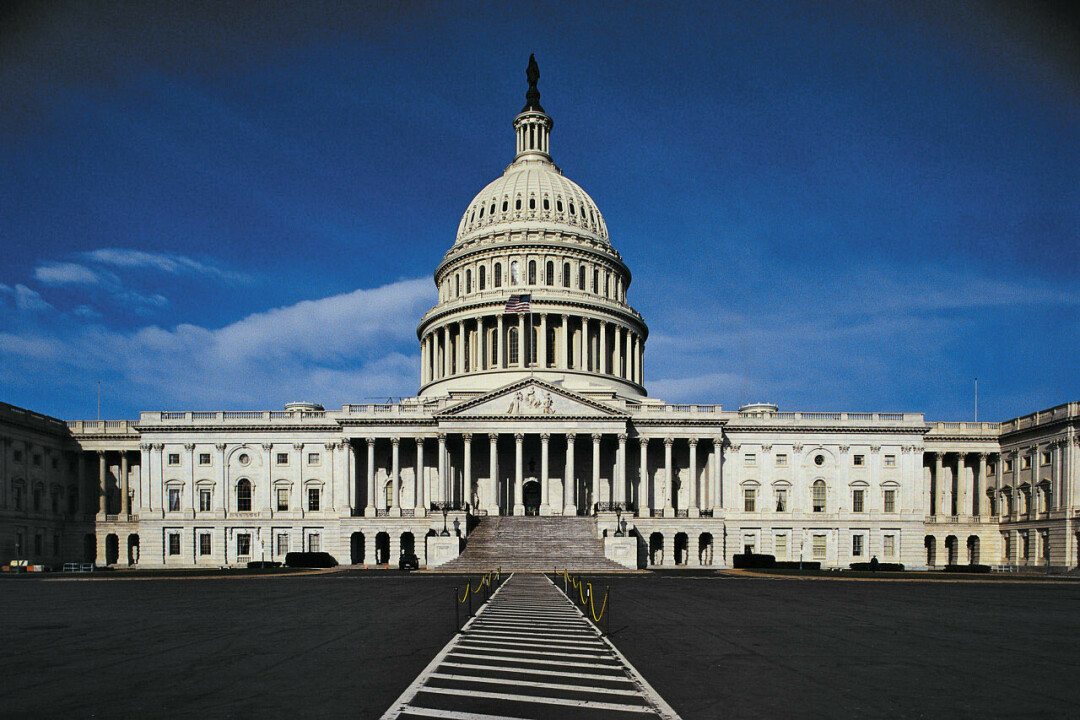 Sam Harris: ‘At some point it’s going to be too embarrassing to believe In God”

After the 9/11 attacks in 2001, Jerry Falwell, Sr., leader of the Christian Right “Moral Majority,” blamed the attack on “the pagans, and the abortionists, and the feminists, and the gays and lesbians who tried to secularize America.”

Such an attack aroused the interest of atheist intellectual Sam Harris, perhaps the leading critic of religions in the DSA, who has studied effects of religions for many years. He published his learned response in 2006 in his book Letter To A Christian Nation: “At some point it’s going to be too embarrassing to believe in God.”

With all of the studies of religion conducted in the last five years, Sam may be right.

A 2017 survey conducted by the University of Michigan asked people to express the importance of God in their lives on a scale of 1 to 10, with 1 being “not at all important” and 10 being “very important.”

Americans gave God an average of 4.6 – which was down from a whopping 8.2 in 2007. More information will be published in a book by political scientist Ronald Inglehart with the title Religion’s Sudden Decline.

It will include other facts:

• The Pew Research Center published in late 2020 that the share of Americans in the “none” category (no affiliation with a religion) grew from 16% in 2007 to 26% in 2020.
• Fewer than half of Americans now attend religious services regularly. Only 35% of young people aged 18-34 go to church once a month.
• Only 38% of registered Democrats regularly attend religious services as compared to 54% of Republicans.
• Before 2000, America led the top 49 developed countries representing 60% of the world’s population in religious attendance. Attendance in 2021 has tanked around the world since the 2000 survey.
• Research indicates that millions have lost faith in religion but millions still believe there is a God. Some continue to say that spirituality – the search for meaning in life – is a basic human need, which people will continue to address, whether in new or established religions. Some turn to Atheism.

Is religion ‘the last bastion of sanity?’

I was reading the opening paragraph in a column in The Wall Street Journal by Margaret Harper McCarthy titled “The Equality Act Is At War With Reality,” when I almost fell out of my chair: “At stake in the so-called Equality Act, currently before the Senate, is neither women’s sports nor bathrooms, at least not ultimately. At stake is the freedom of rational human beings to use a common vocabulary when speaking about what one can see. Also at stake are the countless vulnerable souls falling prey to the tyrannizing ‘gender identity’ ideology and the medical atrocities that go with it. That is why religious freedom is also at stake. Religion is the last bastion of sanity.”

I had to grab the chair arms! That’s exactly the opposite of what Sam Harris would say about religion. He would add “in” to the last word.

Mrs. McCarthy is a professor at the John Paul Institute. Would the Vatican agree she is a spokeswoman for the Roman Catholic Church?

A deacon of the Catholic Church may be married and assist the work of a parish by conducting weddings, funerals, baptisms and possibly preach a little – but not from the pulpit.

There’s one more detail. The deacon must be a male of the species. A woman’s role on the altar, in the sacristy, or even in the nun’s or priest’s home is extremely limited.
The Catholic Church is in precipitous decline around the world – and particularly in the Divided States of America. So are the Protestant churches that have assumed the dogma of the Christian Identity and Christian Dominionist churches in America – but I’ll get to them later.

It’s beyond human comprehension that in a country where women are CEOs of General Motors, Hewlett-Packard, and other Fortune 500 companies, where women are presidents of many universities, where a woman vice president is ready to assume the presidency, that Roman Catholic women are only allowed to put flowers on the altar and fill the communion cups.

The Inquisition has never ended.

By the way, The U.S. Navy now has four warships captained by four women of color who are qualified as “Nuclear Surface Warfare Officers.” I wonder if they have Roman Catholic chaplains aboard who have to take orders from their captains.

The largest ‘religious’ non-Catholic group in the U.S. is made up of ex-Catholics

The Catholic Church in America numbers about 70 million, according to U.S. bishops. I have been told that to remove your name from Catholic rolls, one must resign by letter. If that’s true, I’m still on the rolls of churches in five cities.

A Pew Research Center survey of U.S. Catholics as early as 2015 indicated that 52% of U.S. adults raised as Catholics have left the church, while 48% have remained in the church.
Lots of stuff has happened in the last six years, but mainly it is the acceptance of homosexuality, same-sex marriage and the entire LBGTQ+ community by most countries while the Vatican has failed to accept change.

The Vatican has not changed the Catechism I used back in my French Catholic days. It still contains dogma naming homosexual acts as “intrinsically immoral and contrary to the natural law” and labels homosexual tendencies as “objectively disordered.”

Ah, those famous accusing words. The Catholic natural law is centered around the idea that sex between male and female is for married only – and is for procreative purposes only. How “inhumane.”

Only our species is ready for sex all of the time and enjoys it all the time. Remember the results of the Norwegian research trying to find a species that did not have homosexuality as part of their sex life? The Norwegians gave up after examining the top 1,500 species.

A practical question for the Vatican: “How many billions has sex and ‘celibacy’ cost you? You made John Paul II a saint even when he ignored the problem of priest sexual abuse for decades.

Here comes the racism of the christian nationalists and christian theocrats

Who voted for King Donald?

(1) A majority of the rich who pay Republicans handsomely to govern for them,
(2) Eighty percent of southern evangelical Christians who have adopted the racial dogma and principles of the Christian Identity Church, the home of Timothy McVeigh, Southern Baptists and the Assembly of God, and
(3) Desperate northern whites who had not received wage increases for three decades while watching both political parties ship millions of good paying jobs to Asia and Mexico.

The following is a Wikipedia description of Christian Identity beliefs: “Christian Identity promotes the belief that all non-whites (people who are not of wholly European descent) will either be exterminated or enslaved in order to serve the white race in the new Heavenly Kingdom on Earth under the reign of Jesus Christ. Its doctrine states that only “Adamic” (white) people can achieve salvation and enter Paradise.”

To sum up, it’s a racist, anti-Semitic and white supremacist interpretation of Christianity which believes that only Germanic, Anglo-Saxon, Nordic, Aryan people, and descendants of Abraham, Isaac and Jacob can go to heaven.

Many CIs are white supremacists who marched in Charlottesville and later led the insurrection at the Capitol. What were all those Christian symbols doing there?

Some Christians organized as Christian Dominionists believe America is a “Christian” nation, that God wants all government functions to be controlled by Christians – and to hell with everybody else.

They preach that Biblical law must dominate the country. Several Domionists have been elected to Congress. Former Minnesota Representative Michele Bachmann ran for the 2016 presidential nomination, and Texas Senator Ted Cruz has been named King of Texas by his father, a Dominionist preacher. Long live the king sounds ugly in his case.

Former Republican Speaker John Boehner called out Cruz: “There is nothing more dangerous than a reckless asshole who thinks he’s smarter than everyone else.”

Those two Congresspersons are among the thousands of reasons young people are becoming “nones” when it comes to religion.

Not only was Turing given credit for breaking the code, he was considered to be the top mathematician, biologist and developer of computer science in England. Historians estimate his work saved millions of lives.

But Turing was gay, and after the war he was given the choice of imprisonment or chemical castration for his sexual relationship with a man. He was given female hormone treatments. He lost his job. In 1954 at age 41 he died after eating an apple loaded with cyanide.

But the times they are a’changin’. In a public nomination process in 2019, the English public chose that his face be on the new 50-pound note. Winston Churchill is on the five-pound, Jane Austen is on the 10, and artist J.W. Turner is on the 20.

The English people have not remained ignorant and stupid about homosexuality. (When will America put Harriet Tubman on our $20 bill?)

The English no longer believe the medieval thought that each 150-pound Adam receives 19.394 grams of male hormones and each 125-pound Eve receives 17.943 grams of female hormones at birth, thus creating only two perfect genders who create perfect specimens.

Homo Sapiens are birthed as asexuals, bisexuals, cisgenders, lesbians, gays, transgenders, queers, intersex, pansexuals and others who identify as gender-fluid or gender non-conforming.

Those elected to represent us have a grave duty to educate themselves about the species instead of doing stupid stuff. We happen to be in the 21st century. The current legislative bills about transgenders sweeping the land should end up on the ash heap of history.

Population experts say that more than 100 billion people have died on earth, so there are millions of babies in orbit in the land of limbo.

It took about 1,590 years for the Vatican under Pope Benedict XVI to determine that perhaps the Vatican should drop that dogma that unbaptized babies should be relegated to eternity drifting about limbo.

Benedict signed on to the decision made by the Vatican’s International Theological Commission’s resolution that it was a “unduly restrictive view of salvation.”

I repeat: those are only two of thousands of reasons Americans are deserting the pews.

We are rejecting the institution of religion, but some retain a longing for moral certainty and communal identity – or something.