NPR expands meaning of its acronym 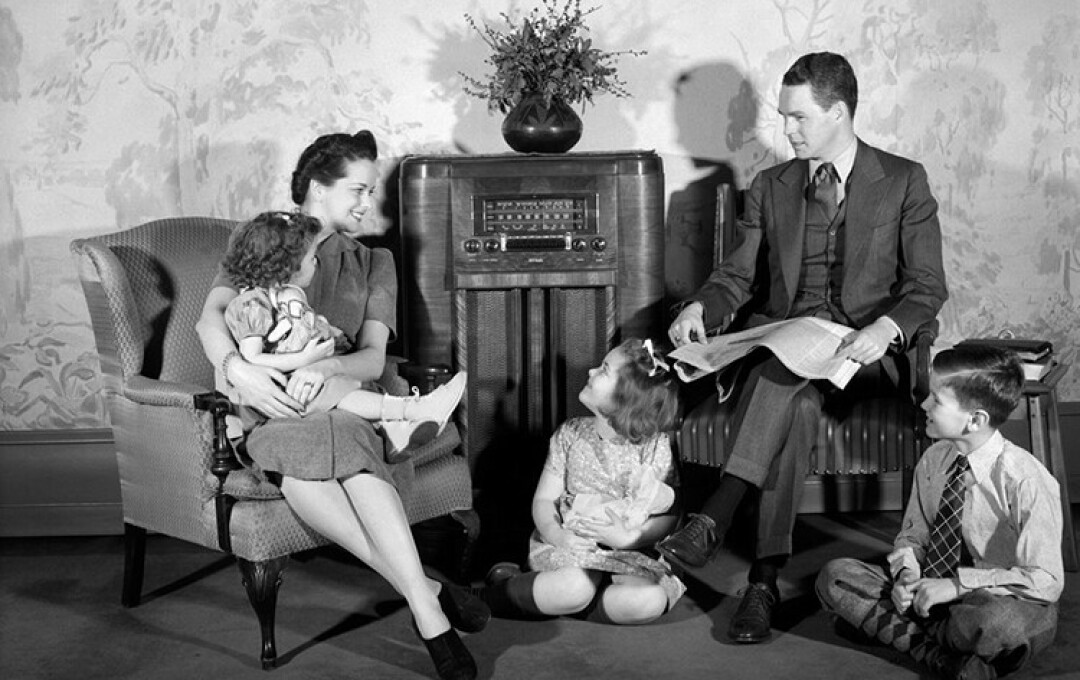 After 50 years of celebrated radio service since its 1971 launch, National Public Radio, known equally well as NPR, recently announced the expansion of meanings to its acronym. In the face of new challenges posed by Covid-19 in 2020, NPR has demonstrated amazing adaptability, particularly through its flagship news programs, Morning Edition and All Things Considered. To better reflect these adjustments, NPR is now rebranding itself with two additional meanings to its name: National Pandemic Radio and National Public Relations.

The first new meaning of the acronym highlights the way NPR’s total news coverage, throughout the past year, has increasingly focused on “all things pandemic.” Certainly election-year news, along with all news related to social divisions and racial unrest, figured big in 2020. NPR was on top of it all. But since the time of Biden’s inauguration, pandemic news has actually increased with respect to airtime. In some instances, a 30-minute segment of NPR news, can now include 24 minutes of pandemic-related health news.

As a way to better serve the growing pharmaceutical industry in the United States, NPR has also sharpened its mission as National Public Relations. This is not necessarily a sign of new partnership, but in the wake of vaccine rollouts, the CDC and its associated pharma businesses have appreciated the greater role that radio broadcasting can play in creating broad support for public health agendas. One strong indication of how NPR’s public relations role has become more “public” is the consistency of narrative around the nature of the pandemic and its pharmaceutical solutions.

OK, so what I just wrote above isn’t true. I made it up. April Fools’ to you. Not that you needed more fake news these days. But I should qualify myself when I say my words are not true. The rebranding of the acronym, of course, is not true. But I wouldn’t be writing this piece if I didn’t care about the deeper truth of things. If I’m charged with creating “fake news,” please know I have no intention of misleading you with misinformation. I think of it more like what a court fool does before the king and queen. Or like Emily Dickinson: “Tell all the Truth but tell it slant.”

Before I say more about the issue at hand, let me say two things about myself. First, I truly do not know most of what is going on the world these days. There is such an endless swirl of news information in our current media climate that I don’t know how anyone can honestly say they fully know what’s going on. Even CDC folk seem to struggle with knowing exactly what’s going on. We’d all like to have a crystal ball, but the truth is, we live in a divided culture, and we’ve reached a crisis of truth-n-trust with respect to our sources of information.

Second, I consider myself to be an NPR native. I don’t have a TV, and my radio dial is consistently set on an NPR station (unless there is a Vikings game). In the ’80s I went to bed with Hearts of Space soothing me to sleep. I’m still in denial that Prairie Home Companion is not on at 5 every Saturday evening. I regularly listen to NPR news, and love the way an extended feature can sit you down right there in the kitchen of a migrant farm worker in Central California, background sounds and all.

In thinking, therefore, about possible shifts and changes this last year regarding NPR’s news broadcasting, I consider myself fairly qualified to hear slight differences in the news compared to previous years. Maybe it’s a bit like how Rachel Carson, author of Silent Spring (1962), could hear the absence of robins singing in areas heavily sprayed with DDT chemicals for insect control or Dutch Elm disease. Most people didn’t notice the change, but some did.

If you are not looking for butterflies in the summer, you probably won’t notice their absence. Similarly in the media, you have to know what you are listening for. In the past four decades, I have listened closely to our media culture, like a tracker. I pay close attention not only to words written or spoken, but to what’s behind and beneath those words. Subtexts, if you will. It’s part of a postmodern skill set.

Back to National Pandemic News. What I’ve noticed are some basic dos-and-don’ts that NPR health and medical news reporters seem to abide by. Technically, it’s the news writers that have to abide by them. I have no idea if such a set of rules is written down anywhere. But if they aren’t posted on a wall somewhere, my hunch is that there is some sort of review-and-approve system that screens all news before it is goes live on the air.

The following list isn’t meant to be exhaustive, but rather illustrative of the sort of things I’ve been hearing (or not hearing) in this pivotal Year of the Pandemic.

Rule No. 1. Present LOTS of numbers related to people getting the Covid-19 virus and people dying from the virus, but do not give qualifying or contextual information with these numbers. By explaining the complexities that tend to go with numbers, you run the risk of making people think that higher numbers, independent of additional information, are not impressive on their own. For instance, with respect to deaths, it wouldn’t do to give a breakdown of co-morbidity factors, since that would lead people to ask too many new questions. Nor would it be wise to compare death rates to flu-related deaths in previous years. In short, give the impression that “numbers are facts” and that they speak for themselves.

Rule No. 2. Never let nature upstage human-made technologies. Death itself needs to be viewed as a sort of enemy that only biotechnology can fight against. Herd immunity, for example, must not be understood as a feature of nature that involves immunity strengthening processes through exposure to many airborne viruses. Create the impression that an antiseptic, germ-free environment is the best environment. If the CDC reframes herd-immunity in terms of how human-made vaccinations are necessary for reaching safe levels for large populations, ensure that all reporting reinforces how vaccinations are the only ‘natural’ solution for reaching those outcomes. Finally, refrain from any reporting about strengthening the body through healthy diet, fitness, etc.

Rule No. 3. Interject counterpoint information now and then, but never end a report on a note that might affirm the merits of counterpoint information. Counterpoint information can be useful, like an inoculation of a weaker version for the purpose of resisting that same substance when posed as a stronger threat. When reporting, for example, that 40% of health care workers in a given region of nursing homes are hesitant or resistant to being vaccinated, make sure to follow this up with the way misinformation informed their stance. When interviewing public health specialists, end a report with them saying lines such as, “the benefits outweigh the risks.” Listeners need to get comfortable with negative fallout for the few for the good of the many. It goes without saying, DO NOT interview someone who has an alternative point of view.

Rule No. 4. Encourage NPR news anchors to “humanize” and “emotionalize” the reporting. This builds up a group-sense of solidarity among a radio audience. It is fine for anchors to say “Hurray!” and so forth, when news of vaccine readiness is first announced, as in the case with Pfizer and Moderna last December. It is also fine to interject, “Ahhh, I can imagine the frustration,” when interviewing an expert who is speaking about the halting of vaccine initiatives, even if the latter does not indicate frustration. If, as an anchor, your own mother has just been vaccinated, then by all means air a line such as, “she is rubbing her hands in glee.” These emotive additives help listeners to learn and imitate the proper feeling responses that are modeled for them.

Everything I have written in these rules comes from little notes and quotes I have written down while listening to Morning Edition and All Things Considered the last half year. It is not my aim to name names or point fingers. I’m not wanting to be investigative. I’m simply opening up a window for you so you can see into the critical thinking part of my brain. Nobody else gave me these ideas. They are mine alone.

I really have no solid way of knowing. But my intuitions, based in part on my own empirical study, tell me that something is different in how news reporting is being done these days. And if I’m wrong on the qualitative analysis of NPR news, at least no one can debate the quantitative analysis. There is some truth about NPR as National Pandemic Radio since the majority of reporting is now medical-related.

As to National Public Relations, I fear there is some truth to that, too.

During times when compliance is needed for public health and for vac-cination efforts, good PR is not served by alternative stories that raise doubts or new questions. A consistent narrative has to be maintained, day after day. Stories of hardships do have a place, but I’ve noticed that they are carefully selected and crafted to support, not undermine, the main narrative.

You will not hear stories about teen depression, suicide, job loss, etc., if they cast doubt on the “proper way” to think about the pandemic.

If the CDC and its associated pharma companies were not invested in this matter with respect to public relations, I wouldn’t feel so uneasy.

I do have my own opinions about routine, repeated vaccinations, no less than I do about GMOs and their ongoing codependency with chemicals that harm the soil. I get concerned whenever I hear people talking about the way the benefits outweigh the risks involved, without paying attention to the longer-term malefits (a word Tolkien invented). This topic can wait for another article.

What I am addressing here primarily has to do with the possibility of media control through subtleties that are hard to detect by design. I honestly hope I’m wrong about the supposed “rules” of medical broadcasting which I’ve presented above.

I’m very open to new conversation, new learning. Ultimately, I want NPR to serve the widest public possible: a diverse, thinking public. I want NPR to present things from multiple points of view. I think that can be done while still holding to high standards of quality.
Meanwhile, NPR, I will continue listening to you as a loyal listener. You are like family to me, and one doesn’t just up and leave family.

But I will hold you accountable to your words in news broadcasting, especially when it comes to what is behind and beneath those words. If those subtexts which make me cautious are not put to rest, well, I guess you can count on more April Foolery from me.
And more Dickinson, too: “The Truth must dazzle gradually / or every man be blind.”