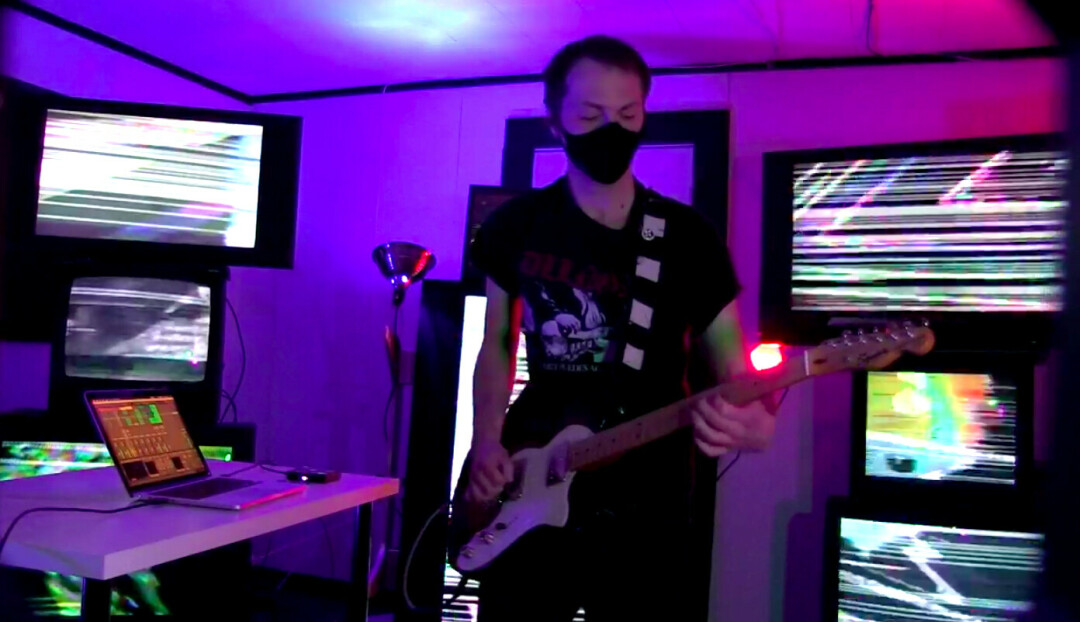 Long ago I knew a guy called “Amazing Larry,” nicknamed by his friends after a briefly glimpsed but memorable character in “Pee-wee’s Big Adventure.” (“Is there something you could share with the rest of us, Amazing Larry?”) He was an expert in multiple fields, always juggling a dozen projects, and we wondered if there was anything he couldn’t do. His real name wasn’t Larry, though, it was something like Chip.

The Duluth resident known as Diegetic is the closest to Amazing Larry I’ve come across since. I won’t divulge his real name, not that it’s a big secret, but he prefers to keep his creative and professional sides separate.

According to his LinkedIn page, he’s a linguistics instructor, law student, freelance writer, grant writer, researcher and a programmer with experience in app design, data science and data management. I would be surprised that “recurring character on ‘The Big Bang’” is not part of his resume, except that show has ended. (There’s “Young Sheldon,” though.)

He’s also a musician. “Diegetic” refers to music in a drama or movie that is part of the story and the characters can hear it, like the cantina music in “Star Wars.” It’s a bit of an awkward name, since most people don’t know what it means and it sounds like a digestion-related drug store product. (Cue bodily function jokes here.) But the name already has been established with five albums, so we might as well get used to it. 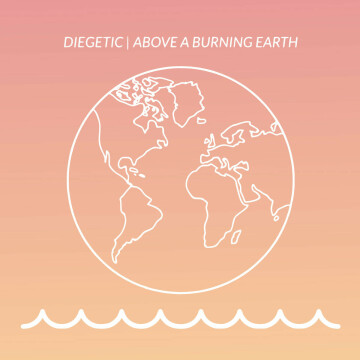 Last year alone Diegetic released two albums of instrumental electronic music based on, of all things, aerial data. He translated the data into musical notes via computer, then overlaid it with other instruments he’s skilled with, namely drums and electric guitar.

Both albums had sociopolitical themes. “Above a Burning Earth,” released in March 2020, is about global warming, with song titles like “Temperature,” “Sea Levels” and “Carbon Dioxide (American Exceptionalism).”

It’s perfectly good music to be enjoyed for its own sake, and for occasions like driving or jogging with headphones. But that feels like negating the message, like using a warning sign as a doormat.

Diegetic has a valid point, but if we’re facing impending doom, it seems we should be doing something other than fiddling with knobs. I passed on reviewing the albums last year, since I couldn’t explain my objection (“It’s too depressing”) without tripping over my own hypocrisy. I found myself wishing he just gave the albums noncommittal titles like “Abacab,” left out the liner notes and let us interpret it however we wanted, like most music should be.

But he had a point to make and he wasn’t about to let us off the hook. “Above a Burning Earth” is part of a genre known as climate change art, in which artists address what politicians are ignoring. It’s connected with “data art,” translating numbers, facts, figures and otherwise inscrutable information into something people can relate to. Most climate change art is visual with graphics, installations or photography.

Back in 2013, Daniel Crawford, a University of Minnesota undergrad, wrote “Song of Our Warming Planet,” using annual readings since 1880 with the notes going from low to high along with the temperatures. Last fall The ClimateMusic Project in San Francisco used algorithms to convert sea-level rise into audio frequencies, which translated into increasing dissonant and intense jazz music.

Okay, about Diegetic’s new album, “The Lonely,” released in March 2021. It’s also an instrumental concept album, though with less electronic ambiance and more electrified rock n’ roll. It’s also less depressing, the subject being a fictional story. Sure, it’s post-apocalyptic sci-fi and Earth is in ruins, but it’s just a story, right?

There are no lyrics, but the plot, laid out in the notes, is that a guy who caused a devastating war on Earth is banished to a far-away star system, where he lives alone on a barren planet. Then he gets a signal from Earth than his sentence has been commuted, but he can’t respond because the strong magnetic field on his planet blocks the signal. “He sits, waiting, hoping that one day someone will hear his call for rescue. Until then, he is The Lonely.” The end.

It might make a decent short story, novel or movie, but as an album, it leaves too many questions begging: Who is this guy? How did he cause the war? Why was he forgiven? We can say that’s not important because the story’s purpose here isn’t in detailed plotting, it’s in creating the mood for the music. But I’m not sure it fits the music, either. If it’s “diegetic” and the character can hear it, what is he doing? Setting up his own studio on this barren planet and rocking out?

Sounds like a pretty good existence, actually, especially when the music is this killer, ranging from lovely, ethereal space music to thrash to agreeably bombastic arena rock. No doubt the protagonist would pine for an audience, but in these COVID times, the same could be said of all musicians. Maybe the album is really about our present isolation.

All of Diagetic’s albums are available from Bandcamp for free listening, and you can download them on a “name your price” basis, so there’s no excuse not to check it out. You can enjoy it or be inspired to take action at your own discretion. Or peril.