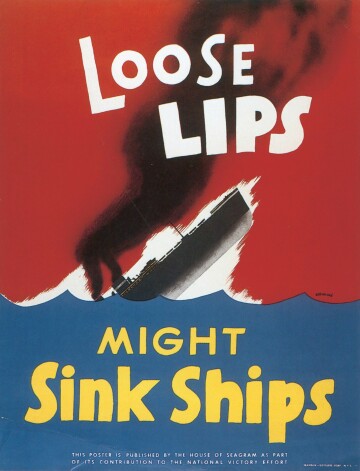 My oldest sister was born in 1939. The Great Depression was winding down and my father, who hated going into debt, felt good enough that he bought a used car. My mother’s younger brother had bought a little tavern on the Midway Road, named creatively “The Midway Tavern.” We packed up to pay him a visit and just got past Scanlon when a drunk driver crossed the road and ran us into the ditch. He had no insurance, of course, or money, so my dad spent the next two years making payments on a junked car. By the time he was done, the war had begun and gas was the first thing that was rationed, so having a car made no sense.

On Dec. 7, 1941, I was playing on the living room floor and listening to the radio. We had company and the adults were talking in the kitchen when the news flash came. I didn’t have a clue what Pearl Harbor was, but I knew it was important enough to interrupt the conversation.

Fecally, sneakily
Japanese admirals
Plot to deny us our
Place in the sun.
Took out their carriers and
Undiplomatically
Ravaged Pearl Harbor on
12/41.

Early in the war, German U-boat commanders were amazed at the stupidity of Americans, who left the lights blazing in Eastern port cities, making them easy targets. Americans apparently thought the war was across the ocean, so they were safe. We lost a few ships for thinking that.

Of my father’s brothers, Sigfried was older and unmarried, so he was the first one to go to the Army, serving in North Africa, Sicily and Italy. Rodger was in his last year of high school and only 17, but he wanted to go in the Navy with his brother Walter, so he had my grandmother sign for him. The Navy didn’t take them until later that summer, so he was 18 by then. That summer, his friend Elwood Ferguson came by on his Indian motorcycle, and gave me a ride on it. Elwood went into the Marine Corp.

Ray Dolan, my favorite high school teacher, was a torpedo bomber pilot in the Pacific. He had to crash land in a Chinese rice paddy. The peasants put him in the bottom of their boat, covered him with rice, and smuggled him past Japanese lines. I had him for biology and aeronautics, where he showed us the film from the Battle of Midway, which was impressive. A long line of torpedo bombers peeling off one by one and diving toward the carriers, where they released their bombs. The Japanese lost four of their carriers and some of their most experienced pilots here.

Flightely, fleetely
The Battle of Midway
Found Nippon vessels to
Drop our bombs on.
Japanese planes were not
Aerodynamically
Fit to land where all their
Carriers had gone.

It’s difficult to land a plane at the bottom of the sea.

In the meantime, practically everything here was rationed except fruits and vegetables. The government encouraged people to start “Victory Gardens” on any small plot of land they might have. I remember seeing little “Victory” gardens where people’s lawns used to be.

I still have the insulated box my parents had for the milkman to leave the glass milk bottles in. The milk was pasteurized, but not homogenized, so the cream floated to the top. We had to pour off some of that for my father’s morning coffee. If my mother needed something more, she would leave a note; when butter was rationed, she would also have to leave ration stamps.

We lived next door to my grandmother’s, and I spent a lot of time there. My uncle Sig had a phonograph and a stack of 78 rpm records that I would very carefully play. My favorite was Roy Acuff’s “Wabash Cannonball” which I practically wore out.

Mail to and from servicemen overseas was censored and copied on a smaller paper called V-mail, which was sent on film, and then printed on a smaller paper. I sent a letter to Sig telling him to drop a bomb on Hitler. (I was 8, give me a break.) Mail from servicemen often was chewed up by the censors. Uncle Wilho was in the SeaBees, and had worked out a code with Aunt Beatrice when he was home on furlough, a different word for each of the places he might be going to. He sent back a letter with the code word for Hawaii.

Uncle Einar was the Block Air Warden. He was issued, as I recall it, a brass helmet. When the mill whistles went off (the air raid warning) it was his job to make sure no light could be seen from the neighborhood houses. Of course, the enemy didn’t have planes that could reach us, but we had to be ready, just in case.

There were posters up saying LOOSE LIPS SINK SHIPS. My third grade teacher joined the WAVES.

Once a week, the ice truck would deliver to the people with iceboxes — most people at that time, because refrigerators were expensive. The neighborhood kids would go to the truck and get small chunks of ice to suck on. A rare treat, and it was free!

The battle for Guadalcanal happened in the fall of 1942. Elwood Ferguson was seriously wounded there, and a picture in the local paper showed him being given his Purple Heart by Admiral Nimitz while in his hospital bed. When he came home he needed two canes to walk, and he later got a car he could drive just using his hands. A motorcycle, of course, was out of the question.

Mightely, flightely
Hoyt Sanford Vandenburg
Just like a bird he was
Destined to fly.
Helped to belie the foe’s
Invincibility
Then ditched his plane for a
Trenchcoat and tie.

Vandenburg commanded the Ninth Air Force, then helped plan the Normandy Invasion before he became head of Military Intelligence, the forerunner to the CIA.

In the summer of 1944, a brown car pulled up my grandmother’s driveway. A uniformed man got out, and I ran over there in time to see him give her the news that her youngest son was killed at Normandy.

She got a little piece of cloth with a gold star on it, which I’m sure was no consolation to her at all. Rodger had been assigned to a Landing Craft, bringing the troops to shore. They hit a mine, and he survived long enough to be brought to an English hospital. Uncle Walter’s ship at that time was in the Mediterranean, and uncle Sig was still in Italy.

When he came home, Sig brought me a German infantryman’s belt as a souvenir, which I still have. It has the eagle and swastika on the buckle, and the motto “GOTT MIT UNS.” I was amazed to think that the Nazis would think that God was on their side, since we were clearly the good guys.

Japanese-American units served with distinction in the European Theatre, despite the way West Coast Japanese were treated. I don’t think they got publicized, and depictions of Japanese people were almost always racist caricatures in the papers and posters during wartime.

My father’s oldest sister was a nurse on the East coast. Walter, who was sent back to the States after his brother was killed, stopped to visit with her, met and married her best friend, a nurse from New Haven Connecticut. After his discharge, they came back to Cloquet to live. His wife’s aunt was married to a New York doctor, and they came for a visit after the war ended, bringing their son Kichi with them.

Kichi was my age, and we hit it off immediately. We even traded a couple letters when they went back, but 13-year old boys can’t keep that up, and we lost contact. I remember him telling me that his mother made the best sukiyaki, which surprised me a little, because she was German, but she probably got the recipe from her in-laws. I never dared to ask him how he had survived the war in New York. I can imagine life would have been hard for a boy named Iwamoto.