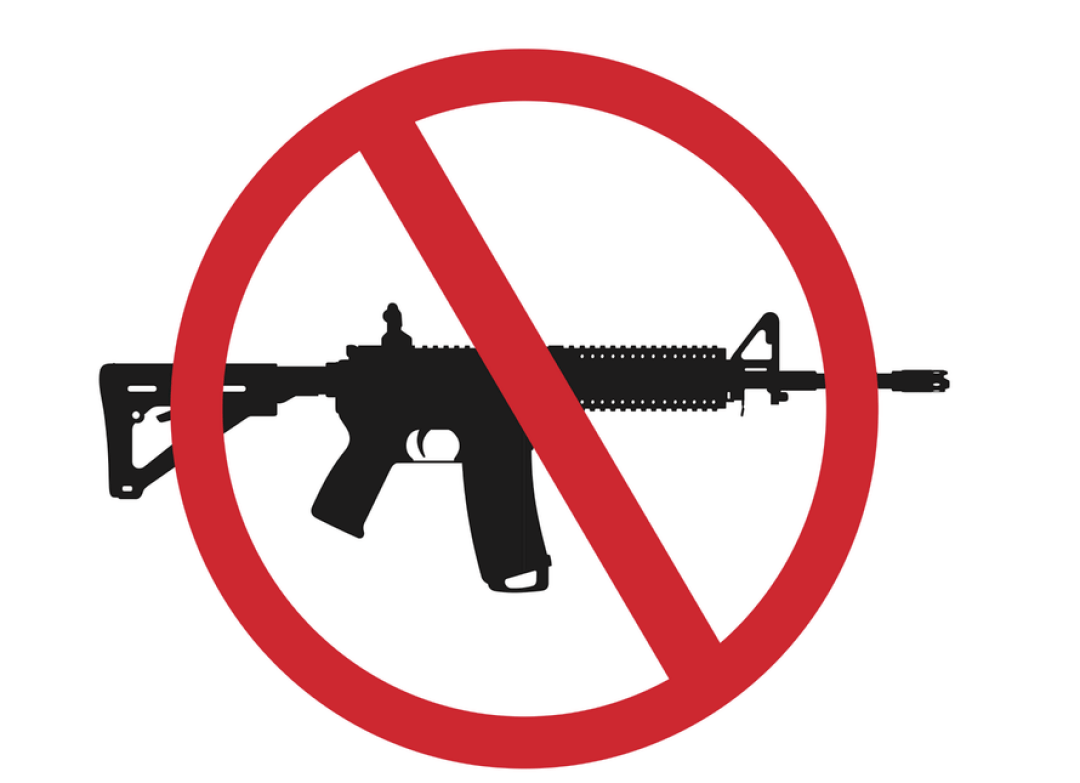 The Fargo-Moorhead metropolitan area has a population of about 250,000. The Divided States of America has 330 million. The best estimate of the number of usable firearms in the country is 425 million.

That’s enough to have 1.3 firearms for each man, woman, child, and baby in the metro, or 325,000 firearms. But, we must remember that we live in a section of the country where the Guns ’R’ Us crowd rules.

So with the current mass shootings in Georgia, Colorado and Virginia, here we go again, hearing a thousand times over – too-short “thoughts” and too-long “prayers.” We have lived here 68 years. I don’t remember a mass killing, but now we have shootings every day. Don’t ever say “It can’t happen here.”

To start the discussion about gun control, I have three questions:

(1) Why should any civilian have a rifle or pistol that can fire more than six rounds without changing magazines or clips?
(2) Why do we allow civilians to purchase ammunition with muzzle velocities exceeding 750 feet per second for pistols and 1,000 feet per second for rifles?
(3) Why should any civilian have access to a .50 caliber sniper rifle that can destroy an engine block a mile away or kill a man two miles away, or access to a 12-gauge “Street Sweeper” with a drum holding 12 rounds and fire them in 3.5 seconds?

If you have to ask why, buy three unboned large hams, line them in a row, and fire a pistol round of 750 fps and check the damage.

Then fire a rifle round that exceeds 3,500 fpc and check the damage.

If you haven’t hit a bone, fire another round at the bones and see what happens.

Military firearms and military ammunition have no business being on any streets of a civilized country. If you need an AR-15 with a 30-round magazine to kill a deer or bear, you shouldn’t even be in the woods. Those firearms are designed to kill as many humans as possible in the shortest time possible.

Adam Lanza, the mentally disturbed Sandy Hook killer of 20 first graders and six adults, fired 154 rounds in less than five minutes with a Bushmaster semi-automatic. One child was struck with 11 military rounds. Fire 11 rounds with 3,500 fpc into those three hams and see what you have left. Meat for pea and ham soup.

Why is the Divided States of America the only country to suffer a firearm pandemic? Because we have an uncontrolled gun culture composed of the National Rifle Association and 12,600 firearm manufacturers.

The NRA was formed in 1871 to promote gun safety and improve the marksmanship in the military, law enforcement and the public, including young hunters.

But in 1977 the NRA was taken over in a coup by a group that recognized fortunes could be made if they joined forces with firearm manufacturers and created a gun culture.

Today, the NRA has been bankrupted by corrupt leadership who cleaned out the cookie jar filled by innocent hunters and greedy manufacturers. The executives dressed in $5,000 suits, shopped in expensive boutiques, stayed in five-star hotels, ate in five-star restaurants, vacationed in the Bahamas and other luxurious resorts, and traveled by private jet to escape the peasants.

And they left American society with the world’s worst firearm problem, the pandemic fact that 4.4% of the world’s population has 42% of the world’s firearms. And people with lots of guns kill lots of people.
In 2020 we killed 44,000 and wound-ed 100,000 with firearms. We set a record with the killed – 4,000 more than any year in history.

Why do we kill and wound so many? Because too many firearms flood every part of the country. We can’t even track the 300,000 that are stolen every year.

Our firearm kill rate hovers around 33 per million people. The 40 top industrialized, “civilized” countries range between 0.7 per million and 5 kills per million.

Here are a few facts about firearm deaths in the world

What is the Republican excuse we hear every time we have a nationally publicized shooting? We have to do something for “mental health!” Forget the guns! Hire more mental health professionals!

• Research of 37 top industrialized countries shows that our spending rate on mental health is about the same, the number of health professionals, the rate of severe mental disorders, and other mental factors are about the same.
• Whether the citizens of a country play more violent video games than others appears to have no effect on firearm deaths.
• The Divided states are not prone to more crime than other developed countries, but American crime is more lethal. Londoners are robbed at the same rate, but a New Yorker is 54 times more likely to be killed in the process.
• While we had 133 mass shootings in 2016, Finland had two and Switzer-land 1. By law, any Swiss man eligible for military service must keep a rifle in the home. But only 1 in 400 deaths by firearms is related to mass killings in the U.S.
• China had a dozen attacks of schoolchildren in three years, killing a total of 25. All were with knives.
• In 2013 we had had 21,175 sui-cides, 11,208 homicides, and 505 acci-dental discharge deaths by firearms. In Japan only 13 deaths were related to firearms.
• Of the 195 recognized countries, only three have an inherent right for people to have firearms: Guatemala, Mexico, and the Divided States of America.

Guess where all their guns come from.

The Mexican drug cartels ship tons of cocaine, heroin, fentanyl and methamphetamine across the border by trucks, launder that money by buying firearms at gun stores, on the Internet, and at huge gun shows, and then truck them back across the border.

The .50 caliber sniper rifle at $10,000 to $12,000 is a popular buy because its power is greater than anything the Mexican police use. The cartels outgun the police.

In the first nine months of 2020, 464 police were killed. Americans take advantage of lax gun laws, too.
One Texan in 2019 bought 529 firearms in Southwest gun shows and sold them in Florida gun shows for a great profit. Recently an American woman on drugs sped across the border with a sniper rifle on the backseat with 8,000 rounds of ammunition. She was arrested when she ran into a wall.

Those “accidental” firearm deaths don’t have to happen

A six-year old boy died recently in the metro, shot by another child with a “found” loaded gun.
I still remember the story of the hunter who placed his loaded rifle on the pickup seat. His dog jumped in and hit the trigger, thus blowing a big hole in his master’s butt.

There are stories of students bringing loaded guns to school, accidentally dropping them on hard floors, and killing their classmates. Stupid stuff happens.

The Marine Corps taught me to be careful around guns. I was stationed at Camp Lejeune for two years and then six months in several Caribbean countries with 40,000 Marines in the Second Division. I’m sure there were more than 60,000 automatic and semi-automatic firearms on the base besides mortars, artillery, and other big stuff on tanks.

Live ammo was used practically every day in training sequences. I don’t recall a single story of a Marine being wounded or killed in a firearm accident on base.

We had accidents. Marines were run over by landing craft, trucks, and tanks on occasion, but no firearm accidents. We accounted for every live round.

On the rifle range if you pointed the rifle in the wrong direction, you might be court-martialed. One of the final tests was taking your weapon apart and putting it back together blindfolded. Because in combat you might have to do it in a foxhole at midnight. We didn’t kill each other by being stupid.

My first command, a heavy machine-gun platoon, had lots of firepower. We had six water-cooled .30 caliber heavy machine guns that could fire hundreds of rounds forever. Most troops also had an M-1 Garand semi-automatic rifle, and a man in each squad had a Browning Automatic Rifle (called the BAR). It weighed 22 pounds, so usually the smallest guys were assigned that weapon (that’s a Marine joke).

Although I had earned a Marine Expert Rifleman’s Badge, I was sup-posed to carry a 1911 Browning .45 caliber semi-automatic pistol. For some reason, I could never hit the side of a barn with that, so in combat I would have dumped it for a rifle or carbine. Officers wearing holsters do not survive enemy snipers very long.

Another headline: ‘Mother of 6 fatally shot in road episode’

OK, Republicans, let’s trail the money, the only thing you seem interested in besides low taxes.

We currently spend an estimated $170 billion on taking care of the 100,000 wounded each year in health facilities. We spend about $320 million burying the 40,000 we kill each year.

We spend countless billions on the purchase, maintenance and replacement of tens of thousands of metal detectors, bullet-proof glass and doors, alarms in public schools and other public buildings, human security for those buildings, the trauma centers in hundreds of hospitals, and the construction of facilities and extra law and legal forces in an attempt to handle the gun culture.

Other countries have proven guns can be controlled. When humans don’t count, just what is your price in cold, hard cash?

The only cure for our firearm pandemic is to reduce our number of firearms to the rate held by the 37 most developed countries, limit their power and capacity, and track all ammunition.