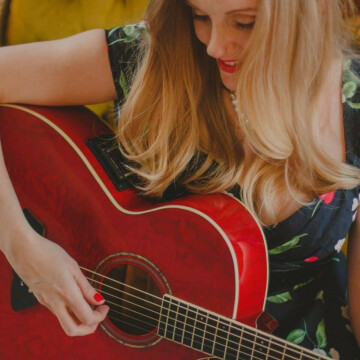 Breanne Marie and company’s latest album is all about tragedy, loss, mourning, loneliness and longing. The happiest song is about memories long past. What do you expect? It’s country music. Not that it’s depressing. Sad music is comfort food for the sad. Just picture construction workers, old ladies and sullen millennials on barstools listening to this, wiping away a tear and saying, “Yep, I kin relate.”

Breanne Marie made her music career channeling sadness. Her father committed suicide in 2006 and her brother, Timothy Schlies, died in a car crash in 2009. You may have heard of that case. The car that killed her brother and his friend was driven by a prominent local funeral home director. (No cracks about irony, please, the whole thing’s too godawful.) He was convicted of two misdemeanors and the victims’ families argued he got off easy due to his status and money. Breanne read a statement in court calling for accountability.

Her first album from 2013, “Six Strings of Peace and Sanity,” addresses the incident in a song titled “March 16” (the date of her brother’s death) with a very unpeaceful, hair-raising spoken word rant: “F--k you for what you’ve done, I can’t turn back time. It’s useless. You’re forgiven. Because I choose to be happy. I’ll spend the rest of my life searching for peace in everything that I do.”

It was cathartic, and her music since has largely been peaceful. Then in 2018, another brother died in an ATV accident. There was no one to blame in that one, so the only response was to mourn. The new album’s title, “Juniper,” refers to the resilient plant that survives in harsh conditions.

The album begins exuberantly with “Central Hillside ‘91,” a foot-stomper about her childhood. The songs that evokes joy and nostalgia of running around with her friends. What would a song about Central Hillside ‘21 be like, exactly 30 years later? Grim, probably.

The tone immediately gets slow and stately with the next song, “Hard Times,” seemingly written for her mother, who lost two children and a husband: “There’s always a reason to smile, there’s twice as many to break down.” Breanne sings passionately against a background of quivering strings. At the very end there’s a sound which, if you turn the volume up, turns out to be a train whistle, which the recording caught accidentally.

“Between You and Me” is brisker, with the rhythm of a train riding the rails, but it’s a break-up song. “Love is a Song” seems to be both a break-up and get-together song, about losing one love and finding another.

“Turning Stones,” features a shimmering electric guitar and a prominent trumpet by Matt Leibfried. At one point it’s reminiscent of the “Twin Peaks” theme, another point “The Good, the Bad and the Ugly.” It starts slow, builds in intensity, stops, then rebuilds. It ends on a soaring instrumental section, leaving you suspended midair. It’s the most fascinating song on the album. 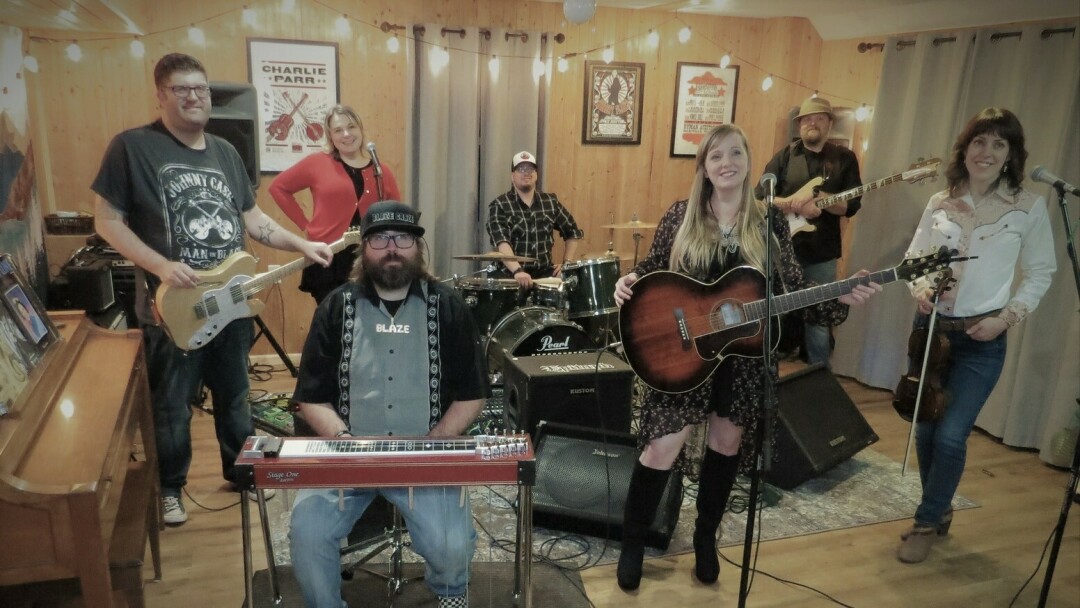 "Too Tired to Cry” revisits Central Hillside: “I went to all the places we would go like the pawn shop downtown, the one with all the old guitars, and the park on Mesaba Avenue.” The music is brisk but the lyrics are about exhaustion from grief: “It’s too cold to snow today and even though I’ve tried, I’m too tired to cry.”

“Dead Man Walking” is a remake of a crunchy, infectious song by the Iron Range Outlaw Brigade. (Both bands share the same pedal steel guitarist, Johnny Peterson.) The title sounds like a downer, but it’s really about a badass Clint Eastwood type who seems to enjoy his own stink of doom. The oddity of having a man’s narrative sung by a woman just gives the song a more intriguing edge.

“Good Bones” is about visiting the old homestead and remembering her family: “Memories of who we were, the one who died and left broken hearts /I look in the yard and I can see him there.”

The final song is the title track, but the lyrics are enigmatic. It starts out mentioning lust, so that seems to be the subject, but Juniper is a person rather than a plant: “Juniper, who do you think you are.”

In an interview for KBFT radio (Boise Fort), Breanne said, “Someone once told me, ‘There are no tumbleweeds up in Duluth, Minnesota; you don’t play real country music.’” (A reference to the band’s 2017 album, “Wildflowers and Tumbleweeds.”) She laughed off the comment, explaining that she does “Lake Superior country music,” but I wondered if it nudged her into making “Juniper” a rootsier, more traditional country album.

I would like to insert a couple of points here: Tumbleweeds are an invasive species from Russia. But yes, there are tumbleweeds here! I’ve seen them rolling down the street and getting stuck by the curb and under cars. They’re not “real” tumbleweeds, they’re probably some local weed or dead scrubs from outdoor decorative plant holders, but they tumble.

Can any music by someone who grew up in urban Central Hillside be considered real country? But so what if it is or isn’t? Breanne Marie’s music has always been “real,” namely personal, genuine and heartfelt.

All her songs are country-tinged, but her finest, in my humble opinion, stray from the roots. “Country Song,” off her first album, is the least-country country song I know, all flowing piano and trumpet. “What Does It Take,” from the same album, is unclassifiable and wonderful. “Carousel,” from the Tumbleweeds album, is inventive and multilayered with shifting beats, almost a prog rock song.

So emotional as “Juniper” is, I found it musically too traditional, even a bit bland. The title cut, for example, is subdued for a song about lust. She’s got six fine musicians including herself, so why not cut loose and be a little more adventuresome, bringing in elements like rock, blues, jazz, funk, whatever? Then they’d be more like a jam band, but I love jam bands. Then again, if she shouldn’t listen to those who tell her she’s not real country, she probably shouldn’t listen to music critics, either.

I don’t know if this happened to anyone else, but when I put my copy of the “Juniper” cd on the computer, it popped up as “The One Love Project,” a 2016 album by Darick Dds Spears, a hip hop artist from Milwaukee. There were song titles like “Cop Killuz”, “The World Iz Changing” and “Oreo Cookies,” but when I played them they were Breanne Marie songs. Someone must have gotten something mixed up in the studio. The notion of Breanne Marie mixing it up with hip hop seems kind of cool anyway, she could do way better than “Old Town Road,” but purists would howl.