Shane Nelson gets it down on record 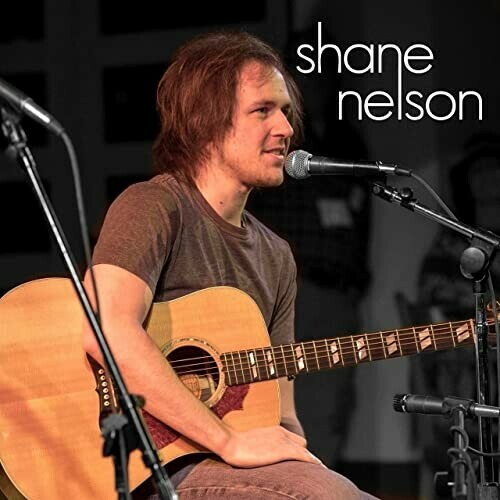 Shane Nelson is the lead singer-songwriter of Crescent Moon, a hardworking (until the ‘rona) band from Superior. They’ve been together since 2009, when the members were still in high school, though originally their name was Cold Fire. They entered a Battle of the Bands at the DECC, but were disqualified for reasons still unknown.

“I think my guitar solo was too long,” Nelson said. While they were still performing, one of the adults walked up and made the throat-cutting signal. The next year, though, they returned and won first place.

They went on to win two more battles of the bands, perform at the Big Top Chautauqua and open for Toad the Wet Sprocket, Confederate Railroad and Survivor. This past summer was supposed to be “one of our best,” but it was largely canceled by the epidemic. Still they managed some outdoor shows such as Bayside Sounds at Barkers’ Island.

The band is still together, with the current line-up being Shane on lead, Zack Ross on drums, Mike Myer on bass and Nathan Olson (also of The Salty Dogs) on keyboard. Since the band, like so many others, is in forced downtime, Shane produced this solo album in his garage home studio, which is equipped with an outlet, a heater and a drum set.

It sounds like a full-band album but it’s mostly just him playing all the parts. He mixed the tracks with Reaper and the result sounds quite professional, even though he says he was just beginning to learn the program.

He calls it “a Frankenstein album, a conglomeration of things I’ve done in the past couple of years.” In one of the songs he’s backed by another local band, The Hounds. “I Do What I Do,” a solo acoustic song, was recorded before a live audience at a Bob Dylan Songwriter’s Contest at Sacred Heart.

The first track, “Born Too Late,” is not a remake of the 1958 hit by the Poni-Tails, but it is a tip of the hat to another local band that goes by that name, which presumably did get it from the Poni-Tails song. That band is actually staffed by his niece and nephew, whose father is a former member of Crescent Moon.

Shane actually wrote the song for their use, but they declined and so he recorded it himself … shades of Stevie Nicks writing “Leather and Lace” for her neighbors Waylon Jennings and Jessi Colter, but they didn’t use the song even though it was the title of their album. Nicks recorded it with Don Henley and it became a hit in 1981.

Nelson was surprised when I said I thought his “Born Too Late” is a country song; he considers it a ‘90s-rock thing. In any case it’s a fast, lively opener.

“Best of Me” is an R & B song, a complex and prickly minor-key diss track, though probably not targeted at anyone real. “Beautiful Love Goddess” is all over the map, a bit of a Frankenstein song itself, with elements of jazz and disco, and in the chorus it turns into ‘50s doo-wop song. Mainly it was inspired by the rhythm of a machine Nelson used while working as a cleaner at the YMCA.

“Nothing on Me” is straight-up country, proving his versatility in many genres. “Scar on Me” and “I Like You” are also country-tinged songs. “Go Go Go” features blissful harmonizing (all Nelson on layered tracks). “Focus,” the one recorded with The Hounds, is a startling veer into left field, as it sounds like lounge music. For good reason, as The Hounds used to be called The Lounge Hounds.

Nelson is a virtuoso guitarist, as you can tell from one of his Facebook videos in which he shreds impressively to a Steve Ray Vaughan song. But except for “Nothing on Me,” he doesn’t try to show off his skills on this album, focusing instead on well-crafted songs. Maybe he’s still influenced by the grumpy adult who threw shade on their first Battle of the Bands competition.

In any case, at age 28, he’s got plenty more. He has a ton of unrecorded songs and is already working on another album. “If they’re not recorded, it’s dust in the wind,” he said.

Eerie folk project Superior Siren has released a new music video for “Trying Too Hard” off the 2018 self-titled album.

The song was originally written about the turbulence of intimate relationships, feeling underestimated by others and breaking free from limitations. Alison Peluso plays three different characters: the main being a young woman tapping into her inner wisdom, contemplating matters of the heart, and connecting with her familial history; the second character is an oppressed ancestor, unable to stand up for herself; and the third character represents the divine feminine energy and goddess within.

A defining lyric of the song is “Don’t underestimate me,” which is chanted as an anthem. A counterpart of the music video is a limited-edition shirt with the anthem, designed and printed by Duluth Screen Printing. Throughout the month of January, 20 percent of shirt sales will be donated to Safe Haven.

The music video was shot at Sacred Heart Music Center where the album was recorded, and at the Washington Studios Artist Cooperative, where the band creates. The video can be viewed and shirts purchased at superiorsiren.com.